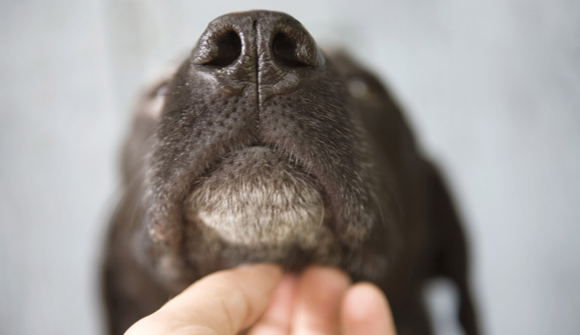 Dominant Social Theme: No one cares more about the freedom of the press than the British elites …

Free-Market Analysis: This is a fairly obvious dominant social theme – that the freedom of the press in the West is unparalleled and even welcomed in the halls of power.

In fact, what we call the Internet Reformation has shown us exactly the opposite. Throughout the West, the vaunted freedom of the press extends to the front door of power but not beyond.

This is a recent occurrence. One can speculate that 200 to 300 years ago, the press was much freer than it was even 100 years ago. One can also speculate that the past decade has been an incredibly free time for writers who choose to post in the alternative media.

But there is no doubt Western mainstream media is controlled and has been increasingly so for about a century. Today, mainstream media firms are vastly consolidated. Only about five or six such exercise vast control. Again, only portions of the alternative, 'Net media are exempt from this control.

Even worse than this centralization is the overt control exercised by Western Intel in the past century. The high – or low – point was reached in the mid-20th century when US Intel's Operation Mockingbird co-opted the top media of the day. Time-Life apparently used to pair its reporters with CIA agents on overseas journeys to ensure that the reporting would be suitable to the Cold War message of the day.

We have actually no reason to believe that Western media control is any less pervasive now than then. In fact, despite the Internet, in certain ways it is probably worse because the globalist elites controlling mainstream media have been exposed and are desperate to strengthen the message of their various dominant social themes.

Cameron has been especially active in attempting to squash British press freedoms in the arena of the alternative media. He is currently trying to ensure that alternative media websites are not distributed in Britain under the guise of attacking the dissemination of pornography.

Here's more in a December 2013 post from the New Statesman:

Through secretive negotiations with ISPs, the coalition has divided the internet into 'acceptable' and 'unacceptable' categories and cut people off from huge swathes of it at the stroke of a key.

In an address to political correspondents in Parliament on Thursday night, Mr Cameron said the "confrontational" British Press is rightly respected around the world for its "vital" role in scrutinising politicians. Mr Cameron paid tribute to Simon Hoggart, the Guardian sketch writer, who made politics "wonderful fun" but cared deeply about public service.

"By the nature of our of jobs, the relationship between politicians and journalists is often a confrontational one. You slag us off, we rage about you, repeat ad infinitum," the Prime Minister told the Westminster Correspondents' Dinner. "But at the heart of it we are all here because we care about politics and we care about public life.

"Last week we saw the death of Simon Hoggart, someone who spent a career making wonderful fun and amusement out of this place. But at the heart of it he cared deeply about this place, about Parliament, about public service.

"At its best, the British Press, the political Press, have a vital role to play in our country.

"Yes: rowdy, tenacious, sceptical, uncontrollable, often uncomfortable for our politicians. But British political reporting is deservedly respected around the world, for the way it probes, it inquires, it scrutinises, and these things are linchpins of our democracy."

Lord Black of Brentwood told a House of Lords debate that press regulation is "futile" because of the internet. Lord Black, a key figure in the regulation of newspapers, said: "What the web in all its glorious anarchy has done is to make any form of statutory press control futile in an online age."

Mr Cameron spoke movingly of a trip he made, accompanied by political reporters including from the Daily Telegraph, to a newspaper office in northern Sri Lanka, where journalists had been murdered after criticising the government. "It was an incredibly powerful moment. It was a reminder of just how fortunate we are in this country to have a Press that is free, that is open, that is able to stand up to the powerful."

Notice, please, toward the top of this excerpt that Cameron makes sure to prod British correspondents regarding their respect for "public life." In this case, Cameron really means "political life" and, of course, politicians like him.

This is the most jaw-dropping line: "British political reporting is deservedly respected around the world, for the way it probes, it inquires, it scrutinizes, and these things are linchpins of our democracy."

The European mainstream press generally is horribly supine and the British press is no exception. At this point, Britain is in many ways surely a corporatist/fascist state with its financial, monetary and military elements all controlled by a small handful of powerful globalists.

For Cameron to pretend that the British mainstream press is in any sense energetic or uncontrolled is an almost laughable position. He presents himself in some ways as a defender of the British press – and this is equally ludicrous. He gives this speech while engaged in an active effort to retard the alternative 'Net media – a stance that is hypocritical, indeed.

Willie Sutton, when asked why he robbed banks, replied, "That's where the money is." David Cameron attacks the Internet because that's where truth is.