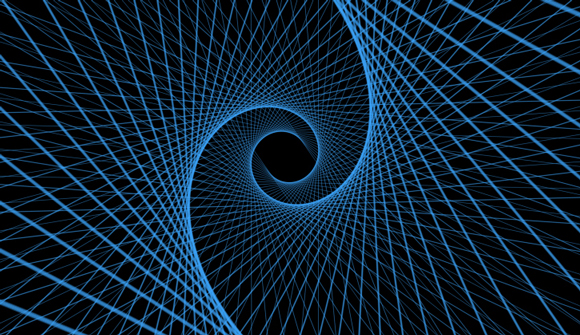 Surprise! There may be a way to fix Washington … U.S. President Obama hosts a luncheon for bi-partisan Congressional leaders in the Old Family Dining Room at the White House in Washington. The morning after the midterm elections, one of the best places to go for hope that the 114th Congress might actually get something done was a think tank not far from the Capitol called the Bipartisan Policy Center. Founded in 2007 by four former Senate majority leaders and its director, Jason Grumet, the BPC gave itself the mission of trying to figure out how to make government work in a time when hyperpartisanship seemed to be bringing Washington to an almost complete stop. – Reuters

Free-Market Analysis: There has been a spate of "good governance" stories posted on the mainstream media in the past week or so and we've commented on some them.

This is another one, excerpted above. Along with the others it certainly constitutes an ongoing meme regarding the credibility and durability of government.

Western governance generally is in trouble with the public and the US government is in trouble in particular. All three branches of government are unpopular and the economic engine of the country, the Federal Reserve, is increasingly held in disrepute.

Presumably these upbeat mainstream media reports are designed to counteract the cynicism that many feel about the state of their government. Here's more:

Last Wednesday morning, former majority leaders Tom Daschle (D-South Dakota) and Trent Lott (R-Mississippi) talked about how things used to work, in a time when members of Congress lived where they worked, their kids grew up together, their spouses were friends, and compromise happened because people trusted each other, even when they profoundly disagreed.

If you want to know how bad it has become, the place to go is Grumet's recently published book, City of Rivals: The Glorious Mess of American Democracy. "The people I have spoken to across the country who are absolutely the most fed up with Congress are members of Congress," he said in an interview. "It's a horrible experience. One U.S. senator described his job to me as 'a glorified telemarketer who occasionally gets to vote for an assistant secretary of education.'"

Grumet's story is about a breakdown of trust between the people and their representatives that started with Vietnam and Watergate but snapped outright when the reforms that followed "our long national nightmare," as President Gerald Ford put it, failed to produce a new dawn.

The series of bribery, embezzlement and money-laundering scandals that hit Congress in the 1980s and 1990s led to many positive ethical reforms. But the scandals of the 2000s, encompassed in the name of lobbyist Jack Abramoff, were so sordid and pervasive that they put every member of Congress under suspicion, and the wave of reform that followed created as many problems as it solved.

As evidence, Grumet reports watching a group of high-priced corporate lawyers urgently hacking up finger food before a party where legislators were expected, so that the portion sizes would be in line with the so-called "toothpick exemption."

"While recognizing that these rules were not in the best interest of the [Congress]," Grumet writes, the members "simply could not go on the record voting against them."

In a reaction Grumet describes as "strategic self-loathing," every sitting and hopeful elected official began running away from Washington, politically and literally. Members sold their homes and moved back to their states and districts. To avoid allegations of corruption, members stopped traveling together. The Congressional work week shortened from five days to three, and more and more of a legislator's time in Washington was spent raising money to meet the rising costs of elections, especially since the Supreme Court's 2010 decision in Citizens United. Tightening this vicious circle, the flow of money into PACs went mostly into negative ads that only encouraged public cynicism.

… Some of Grumet's prescriptions for these and other problems may seem politically incorrect, but they are founded on not only the work of the BPC's researchers in residence but also the long experience of the center's four co-founders–George Mitchell, Tom Daschle, Robert Dole and the late Howard Baker.

The Reuters article then gives a list of suggestions from Grumet. They are not complex, yet they are certainly specific.

He is a proponent, for instance, of letting the FBI and capital police "do their jobs." He also suggests that Congress tighten lobbyist loopholes to keep out the "bad guys."

Grumet wants Congress to return to a five-day work week and wants congressional travel to be mandatory so legislators can properly educate themselves before making decisions. He also wants more privacy for Congress so that debating points cannot be taken out of context and legislative trust can be built.

Additionally, he wants "full and immediate disclosure of donors – no delay and no exceptions." He would like to see "earmarks" reintroduced at the federal level as, in his view, they funded "worthy" projects.

The article then points out the following:

This summary does Grumet's work a disservice if it suggests that he advocates letting Congress get back to its junkets, fat cats and pork. He does not. What he advocates is government that can function even in a time of highly charged partisanship.

The clear implication is that Congress has increasingly become a dysfunctional deliberative body and that what is most sorely lacking is a willingness to work together on legislative issues of importance.

Of course, being a Reuters article, this analysis doesn't recognize that there is a substantial and growing minority within the US that doesn't want bipartisanship; when things "get done" by the federal government the results are often worse than if the government did nothing at all.

Additionally, what exactly is it that Washington has done in the past decades that suggests more of the same would be an improvement?

There are some six million Americans in various degrees of incarceration and some 100 million out of work including 22 million actively seeking work. The stock market has risen, but so have food stamp users, now numbering some 50 million.

Middle class housing valuations have collapsed precipitously while a variety of alphabet acts such as NAFTA and CAFTA have drained further employment from the States. The US is engaged in literally hundreds of undeclared conflicts around the world and increasingly is in confrontations with major powers like China and Russia.

We could go on but our main point is that a dysfunctional Congress is bad and a functional one may be worse. In any event, we don't expect a return to a more compatible Congress …

We need look no farther than Rome to examine how republican systems collapse over time. By the time of the emperors, the Roman Senate, once a significant deliberative body, was almost entirely dysfunctional and remained that way while Rome continued to collapse.

The signature achievement of the modern Congress during the Obama administration is Obamacare – and a significant part of Congress is working hard to repeal it. Anybody looking at the act dispassionately would have little reason to wonder why.

In fact, the US legislative system at this point is characterized not just by corruption or incompetence but by a sustained undercurrent of frustration among both citizens and politicians alike.

And while we are fans of gridlock, we also need to point out that it is not entirely a positive evolution because legislators will increasingly find extra-legal ways to implement their agendas.

President Barack Obama provides a good example of this. The president has taken to using executive orders to try to fulfill legislative agendas, a dangerous evolution of executive power but one that is entirely predictable.

He intends to change immigration patterns on his own and also to reignite various Middle East wars with "troops on the ground."

This strain of increasing lawlessness is perhaps the most significant evolution of the current dysfunction. Those who live in the West and especially in the US must continue to monitor what is occurring because of the ultimate impact it will have on both their lives and their investments.

We often preach the necessity of asset protection and this trend is just one more reason to mention it.