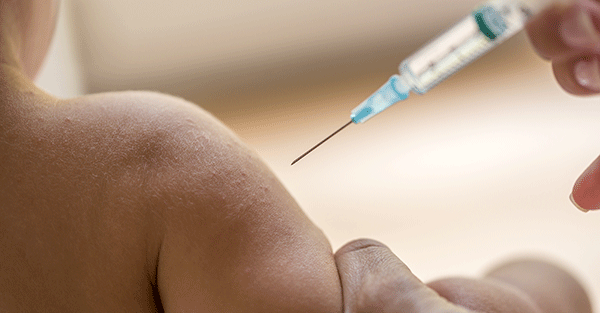 STAFF NEWS & ANALYSIS
Canada Attacks Anti-Vacciners, But Campaign Is Too Little, Too Late
By Daily Bell Staff - May 13, 2016

Ontario parents who object to vaccines could be forced to take a class in science of immunization … Parents in Ontario seeking a non-medical exemption to public-school immunization laws will soon have to take a course in the subject first.  – National Post

Anti-vaccine sentiments seem to be increasing. And such sentiments provide a textbook example of The Daily Bell’s arguments regarding the impact of the Internet on society, especially Western culture.

We have always argued that when people had access to credible information on any one of a number of subjects, they would begin to act on it.

Over and over, we have faced denials from good-hearted people who simply can’t imagine that the today’s untruthfulness can ever be counteracted.

This article in the National Post is a great example of the difficulties that elites are having in promoting their messages in a credible manner.

One way or another, the mainstream media is a compendium of globalist propaganda.

And the solutions that are proposed almost always feature government competence and bureaucratic derring-do.

But the erosion of vaccine propaganda is extraordinarily obvious at this point.

On every level vaccines are being attacked. And the narrative that has evolved is credible – though of course immensely controversial.

This means observable, scientific evidence for the efficacy of vaccines is lacking from the very beginning. So the anti-vaccine argument goes …

Meanwhile, assiduous naturopaths have gathered up considerable statistical evidence that the real reason for the decline in so-called infectious diseases may have to do with increased sanitation.

The theory is that the new measures of sanitation were applied at the same time as vaccines began to be offered.

Medical history has confused the efficacy of vaccines with beneficial sanitation. So anti-vacciners insist.

This is actually part of a larger argument about disease and how it is spread.

This is still the kind of medicine practiced in India.

Western medicine has evolved in the past few hundred years from the barber chair and has taken a much different and disparate approach.

It is the medicine of mechanic who treats individual parts of the body individually – much as an auto mechanic fixes or replaces parts of a car that are worn out.

But what if it is the body itself that is responsible for the health problem? In other words, what if the body’s own defenses, or lack of them, are most responsible for illness.

Within this theoretical context, one doesn’t contract a disease so much as suffer from lowered resistance.

Are tiny biological entities constantly attacking us and undermining our health? Or is it our own health that is lacking – and thus providing a gateway to illnesses that otherwise would not affect us?

Modern, Western medicine is clear: The human body in particular is subject to extraneous attacks that must be counteracted serially by medical treatment.

If you have an illness, you need a “cure.” And Big Pharma will provide you one in a capsule. Big Medicine will provide a similar, mechanical antidote via an operation.

No doubt this is the sort of narrative that will be presented to parents in Ontario seeking vaccine exemptions.

Parents in Ontario seeking a non-medical exemption to public-school immunization laws will soon have to take a course in the subject first.

Studies suggest more than a third of Canadian parents wrongly believe vaccines can cause the very diseases they are designed to prevent. Health Minister Eric Hoskins tabled a bill Thursday that would, if passed, require any parent filing religious or moral objections to complete a course intended to inform them of the importance of immunization, the dangers of foregoing it and the purpose of “herd immunity.”

We can see the imbalance in the article right away. Rather than a frame of reference, the finger of blame is leveled:

From Jenny McCarthy to Robert De Niro, many celebrities have helped spread anti-vaccination fears that purport the MMR vaccine causes autism in young children, among other complications.

The article states that there is “no credible scientific evidence” to back up evidence that that vaccines cause autism. But along with many others, we’ve covered recent admissions that there has been an ongoing cover-up of massive problems that vaccines can cause.

The article tells us that the province is “moving to educate parents.” But the narrative embedded in this reporting is woefully lacking.

Learning about the “truth” regarding vaccines from a trusted medical official is not going to change the nature of the debate at this point. The argument is too widespread, and people’s confidence has been shaken in fundamental ways.

Conclusion: The vaccine debate is one of the best examples of how the spread of Internet information can change people’s behaviors and belief structures.  There is more to come on a variety of issues and a number of fronts. This makes bureaucratic, educational palliatives increasingly less effective ….