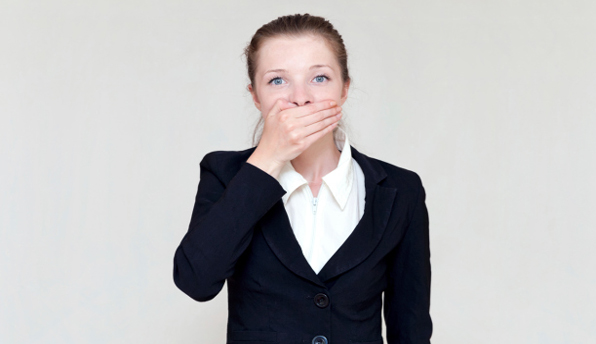 Millennial Madness: What Happens If Young Voters Bolt Both Parties? New study shows choosiest voters itching to disrupt two-party system … When I was the age my kids are now, television networks offered three, barely distinguishable choices. Including Internet video, my kids' options are almost infinite. I walked to a library. My kids download books. I owned a few dozen cassette tapes. Their iPods stream thousands of songs. A quarter-century ago, editors decided what news I read. My kids are their own editors and publishers. My kids are Millennials, raised in an era of rapid change and boundless amounts of information, choice and customization. – National Journal

Dominant Social Theme: Nothing to see here. Millennials, too, are political creatures. They'll settle down and vote Republican or Democrat soon enough.

Free-market Analysis: Right on schedule and just as we predicted, it is suddenly occurring to mainstream pundits that the right/left paradigm of the US's political structure is collapsing. What's going to take its place?

Why, a kind of libertarianism, of course.

That's the point of this article, though it's kind of a hoot as it can't bring itself to mention the "L" word. Perhaps the thinking is that if the word is not used the reality will not be evident.

And there is nothing more the power elite fears than libertarianism – the idea that the best government governs least, or even not at all. Unfortunately, for those who believe in government, the Internet Era is proving increasingly inhospitable to this particular dominant social theme, perhaps the most important of them all.

That's what is happening in the US and the West today. Governments have become so big and so distortive that they have made it virtually impossible for economies to function with any level of efficiency. Like a patient with a damaged heart, Western economies are dependent on central bank money printing for sudden bursts of stimulation that alternate with increasing levels of dysfunction and even depression.

Some 50 million in the US alone are on food stamps. Unemployment may be over 30 percent. Gray and black markets that function outside the "normal" economy may be worth US$2 trillion or more. And that's just the US. Europe is in worse shape, certainly in the South where the IMF's "austerity" has shut down much of what remained of a marketplace economy.

In some places in Europe, unemployment is 50 percent, at least for EU youth. Italy, France, Portugal, Ireland, Cyprus and many other countries are suffering inordinately from the "iron rigor" of the ECB, which will not – and actually cannot – lower rates past a certain point. And so the agony continues. No default is possible, only endless bleeding.

The system doesn't work because it cannot work. Is it possible the so-called Millennial Generation understands this? Here's more from the article:

Born roughly between 1981 and 2000, the Millennial Generation's life experiences will shape where they live, how they work, what products they buy, how they worship and, of course, how they vote …

In a must-read study, political scientist Michelle Diggles of the moderate Democratic think tank Third Way, created a sociological profile of the Millennial Generation and projected how those attitudes might affect U.S. politics when young voters age and dominate.

… What Diggles has done is virtually unheard of in politics today: She set aside her ideological preferences and preconceived notions to ruthlessly assess attitudinal data in a political vacuum. Unlike many in Washington who seem to believe that social changes start with politics, Diggles knows the reverse is true: A fast-changing populace, driven by a hard-to-peg rising generation, will change politics in ways we can't fully fathom.

… In politics, Millennials rewarded President Obama in 2008 because they liked what he was selling. But he quickly damaged his post-partisan brand, and young voters drifted away in 2012. Going forward, Diggles says her beloved Democratic Party can't take Millennials for granted. This is a choosy bunch, a generation of disruption. After establishing a sociological profile, Diggles pulls together a variety of polling (including surveys I wrote about here and here) to show how young voter attitudes are already defying conventional politics.

* Since Obama's election, the number of self-identified independents among the Millennial Generation has increased by 11 points, nearly twice the pace of all other generations. "They aren't satisfied with either side," she says.

* More than other generations, they believe government can play a positive role in people's lives. That could be good news for Democrats, but think of the events that have shaken Millennials' faith in government: Iraq, Katrina, the financial crisis, and the Affordable Care Act rollout. More than half of young voters think something run by the government is usually inefficient, up 9 points since 2009. The percentage of Millennials who "trust the government to do what's right" all or most of the time fell from 44 percent in 2004 to 29 percent in 2013.

* They're skeptical of big institutions, including corporations and churches. In a warning to Democrats, Diggles writes, "Millennial voters are unlikely to align with a political party that expects blind faith in large institutions – either governmental or nongovernmental."

* They are socially tolerant, which raises severe problems for the GOP.

Nowhere in the above is there any mention of the "L" word. Yet to quote Marx (sort of), "A spectre is haunting US political gurus — the spectre of … libertarianism."

Eventually, Diggles herself does mention the L word. But we've read the initial study and she only uses it about twice. Interestingly, she seems to utilize it as an aside, presenting it without any sort of preface … as if there is a conversation going on in her head that we are not privy to.

And no doubt there is. The entire analysis reads defensively – and illogically as well. Ms. Diggles presents evidence for a considerable libertarian strain among Millennials and then often in the next paragraph contradicts herself.

For instance, she spends a good deal of time explaining how Millennials are more open to government activism than their parents, but then admits that the abysmal and increasingly authoritarian performance of the Obama administration has sharply challenged those views. As a result, Millennial perspectives have apparently shifted away from government solutions.

Here, from her study:

Millennial trust in the government has fallen sharply. Consider the following data (all from before the Affordable Care Act rollout):

• When something is run by the government it is usually inefficient and wasteful—agreement among Millennials increased from 42% in 2009 to 51% in 2012.16

This rising skepticism of government is likely a response to real or perceived failures on everything from government surveillance to continuing gridlock and Congressional paralysis in the face of economic turmoil. Millennial faith in government could further erode from concerns about efficacy and a sluggish economy.

Diggles, who basically works for the Democrats, does get some of it right. She points out that the Internet itself and the availability of so much information on demand has fundamentally changed the worldview of Millennials.

Of course, we've been writing the same thing for a decade now. But Diggles still isn't able to fully absorb what's changed, in our humble view. She can't confront this conclusion any more than she can stare directly at the sun. She looks away, mumbles, then writes a temporizing statement.

Our conclusions are starker. It may be true, as Diggles concludes, that Millennial viewpoints are evolving, as Millennials are a young group. Yet their perspectives both economically and from a social standpoint will surely grow more solid over time.

They have grown up with the truth telling of the Internet available to them; is it not understandable that they would have a more rational, and freedom-oriented perspective? Freedom after all is society's natural default, absent the kind of terrible manipulations we've been subject to over the past century or so.

The trend toward freedom has been unfolding along with the expansion of the Internet itself. The Tea Party is one manifestation and the Millennials are another. And so, generally, is the foundering of numerous globalist memes: the warmist meme, the war on terror, etc.

It is not possible, in our view, to counteract the unfolding narrative of the Internet Reformation. Understand the paradigm at work and you will be astonished how clearly you will view the world from an economic, sociopolitical and military standpoint. Investing, too, becomes a lot clearer, as we have tried to illustrate these last months.

These trends are not going away. In fact, they will continue to grow stronger for the foreseeable future. Ms. Diggles is not able to countenance the full reality, though she is trying. We, too, have tried, perhaps with a bit more clarity …