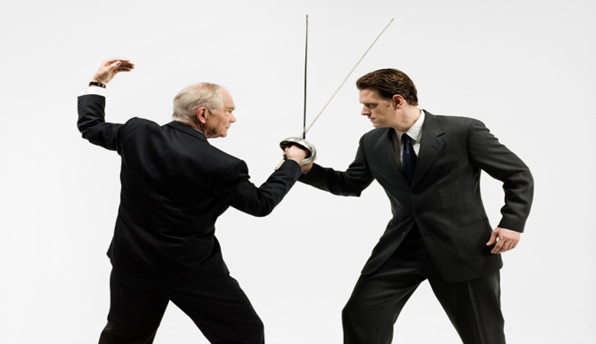 Capitalism is worth fighting for – it is a force for good … Capitalism must have a social purpose and be used to the long-term benefit of companies and their employees … The workplace is a crucial arena for individual progress, where the meritocracy that sustains every democracy is most often played out … Capitalism is certainly far from perfect, but most of us believe that – like democracy – it's better than the alternatives. However, that doesn't mean we have to accept it as is: indeed, The Conference on Inclusive Capitalism (held on Tuesday in London) is taking place because many of us believe we need to do something about the current state of capitalism for it to survive, let alone thrive. This is an important debate because the progress of society depends on capitalism being effective and inclusive. For that to be the case, capitalism has to have social purpose. – UK Telegraph

Dominant Social Theme: Capitalism is a good system, but it could be improved … and needs to be.

Free-Market Analysis: There is apparently consternation among those who define the West's dominant social themes. Keynesian economics is clearly not working and needs a reset (or so we are told), as we analyzed in yesterday's article.

And now we can see clearly in the above excerpt that capitalism itself is apparently in need of a tune up.

In fact, as predicted, it is the Internet Era itself that is blowing up elite memes.

And the establishment is apparently fighting back by trying to reconfigure these dominant social themes. Suggestions are being made for a more inclusive and "moral" economics. Now the same approach is being planned for "capitalism."

On average, an employed person will spend more of their waking hours at work than in any other activity. The workplace is therefore a crucial arena for individual progress. It's where the meritocracy that sustains every democracy is most often played out.

The promise that individuals can determine their destiny through their own efforts doesn't guarantee success, nor that life is equal or even fair. But for capitalism to be inclusive, the workplace must be a vector for social mobility. That's its social purpose.

Technology has spurred human progress in the workplace for millennia. Its effect has been overwhelmingly positive in everything from agriculture and health through to transport and communications. This provides grounds for considerable optimism about the future. However, there are signs that technology might now be weakening the effectiveness of the workplace when it comes to social mobility.

…For some people, technology greatly enhances their contribution. For others it may replace their once-valued roles. The numbers provide the evidence. There has been a dramatic increase in demand for higher skilled, technology-enabled roles. Employers are crying out for more designers, more engineers, more architects. In the UK alone there are 2.3m more of these kinds of jobs available today than there were 20 years ago.

… The last time we saw such shifts was at the start of the 20th century. Technology transformed productivity during the Industrial Revolution. Globalisation, then in the form of colonialism, expanded the market dramatically. Wealth became increasingly concentrated in the hands of a few and, by the early 1900s, inequality in the UK, and most Western economies, was greater than at any point in history.

Two world wars, the Great Depression, progressive taxation and hyper-inflation combined to reduce inequality to the lowest level seen in modern times, by around 1950. Since then it has risen and, in the past few years, inequality has once again reached the levels of the early 20th century.

This time, as last, technology and globalisation have played key roles. It may be unpalatable, but the momentum behind this means that inequality is almost certain to increase, and with it the risk to capitalism.

This perspective sounds authoritative but it leaves out a lot. Capitalism is a system that relies on state power for its creation and maintenance. Specifically, judicial decisions authorizing corporate personhood and legislative acts enabling central banking in the US and the West generally have created modern capitalism.

In other words, it is state force that creates and supports what is commonly called capitalism in the modern era.

Capitalism is commonly conflated with free markets, but they are two different entities. A free-market system implies a competitive paradigm that does not rely on government for its implementation. Capitalism is ultimately, in many ways, a creature of the state.

This article certainly seems to mis-analyze capitalism and provides questionable solutions as well. The way to make capitalism more relevant and attractive is to "rethink" it. Education must support it and capitalism itself must encourage a "greater plurality of ownership."

The article suggests, for instance, that there must be collaboration at every level "between our schools, academic institutions and business, on a scale that makes a real difference to attainment, careers, competitiveness and social mobility."

Regarding inclusivity, the article cites Spedan Lewis who developed the concept of the employee-owned business. The idea here is that if employees have an ownership stake, they will feel less alienated.

These suggestions are being provided within the context of capitalism as something "worth fighting for – a force for good and for social mobility." But is it? Why declare that a system created and buttressed by state force is necessarily good?

If it were so good, why does it need the twin pillars of state enforced monopoly central banking and corporate personhood to sustain it?

The alternative to capitalism within a competitive milieu is a free-market system that is not shaped by state power. In such a system, people and their enterprises would relate to each other within a framework of enlightened self-interest as has often occurred throughout history – and continues to occur at a non-corporate level.

Capitalism, in fact, can surely be referred to as corporatism. It is a system that encourages massive industrial entities that are supported by the forced money-printing of central banks. The combination of central bank business cycles and the regular boom/bust economic swings have created today's system – and situation.

The reason capitalism is in a crisis is because it supports neither egalitarianism nor social mobility, nor was it likely designed to. Capitalism as it is currently structured is apparently designed to destabilize economies on a regular basis, thus providing opportunities for more centralization of power and money on an expanding scale.

The ultimate goal seems to be aggressive internationalization and consolidation, a system conducive to the power of a few but not much else.

Today's capitalism is expanding stock market valuations aggressively, but this is merely a prelude to another collapse, and thus we offer an alternative to recreating capitalism in a kinder and gentler manner (which really can't be done).

Instead, one must contemplate benefiting from business cycles as they occur, making appropriate investments at the correct times and then attempting to reduce exposure before the inevitable implosion. Currently people have an opportunity to exercise this approach via what we have called the Wall Street Party, but it is certainly not something that is going to last forever.

Of course, other opportunities will come along as well once the current environment begins to fail, specifically the further decline of the dollar against gold and silver. We would suggest that a personal campaign to benefit from capitalism's inequities and distortions is preferable to participation in an effort to "change" capitalism.

Capitalism is not an evolution of business and industry but a specifically structured system designed to accomplish certain tasks that are often not conducive to middle class prosperity.

Those not in the position to reap the rewards of the current system ought to pursue what free-market economists call "human action" by taking advantage of knowledge about the way capitalism really works in order to create personal prosperity that can benefit friends, families and even the larger community.

This is a program that makes sense within capitalism's current constraints. Participation in a wider campaign to remake capitalism inevitably runs into the reality that modern capitalism serves the purposes of the Western power elite, which will refute any fundamental changes.

Current emergent campaigns, then, to reconfigure economics or capitalism are, in a sense, no more than dominant social themes, designed to appeal to people's sentiments rather than to address fundamental inequities.

The fairest system is one that is structured by individuals rather than the state. People must look to their own affairs and personal relationships for wealth building opportunities whenever possible. To rely on others – even the larger system of "capitalism" – increasingly is not a sensible option.