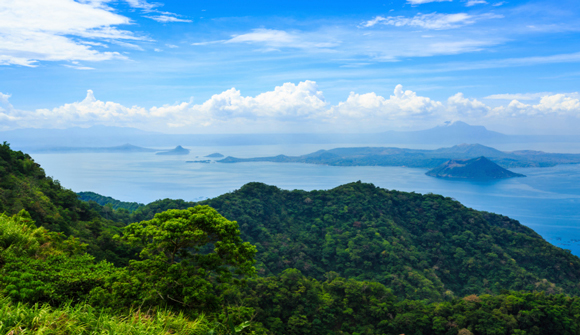 STAFF NEWS & ANALYSIS
Capturing the Illogic of the 'War on Terror'
By Staff News & Analysis - March 23, 2015

The U.S. Military Just Plunged Philippine Politics into Crisis … American fingerprints are all over a botched commando raid in the southern Philippines that left dozens dead and shocked the country. – Foreign Policy In Focus and TheNation.com

Dominant Social Theme: The US must defend itself and other countries from terrorism.

Free-Market Analysis: This is one of those articles that deserves a wide audience because it captures the essential illogical nature of the "war on terror" in a single incident and provides us clarity about its destructive aftermath.

Certainly, it may be argued that the article is in some sense inaccurate (even unfair) but it conforms to other results of this sort of behavior.

Iraq, Libya and now Syria are all examples of how the war on terror generates ramifications that are a good deal more ruinous than forecast. (At which point the aftermath is inevitably blamed on the "fog of war."

Early in the morning of January 25, commandos belonging to the Special Action Force of the Philippine National Police crept into the southern town of Mamasapano — a stronghold of the separatist Moro Islamic Liberation Front. The elite Seaborne Unit had come for Zulkifli Abdhir, a Malaysian bomb maker better known as "Marwan."

By the end of the morning, dozens lay dead.

The episode has severely discredited the administration of Philippine President Benigno Aquino III, jeopardized decades of progress on peace talks with Moro separatists, and underlined the perils for developing world governments that put themselves at the beck and call of Washington.

The commandos were able to kill Marwan, who'd sat high on the FBI's list of "Most Wanted Terrorists." But then all hell broke loose. The insurgents woke up and opened fire on the intruders, forcing the commandos to leave Marwan's body behind. They had to content themselves with cutting off the corpse's index finger to turn over to the FBI.

As they retreated, nine of the Seaborne commandoes were killed. They radioed for help, but they were told that the "Quick Reaction Force" charged with covering their withdrawal was already pinned down in a flat cornfield with little cover. Over the next few hours, that separate unit of 36 men was picked off one-by-one by Moro snipers. Only one of the 36 survived, by running for his life and jumping into a nearby river.

All in all, 44 policemen died in the bloody battle. Moro fighters estimated that 18 of their combatants and about four civilians were killed.

Beyond the bloody aftermath, we learn from the article that "The 'Mamasapano Massacre,' as it has come to be called, upended Philippine politics."

Tragically, the Philippine Congress was about to pass a complex law ("the product of nearly five years of intensive negotiations between the government and the Moro Islamic Liberation Front") that would have created an autonomous region for the Muslim Moros – and thus put an end to the fighting. The Moros have fought fiercely against "integration."

The article tells us that the hostilities may now begin again as a result of the raid – which the US apparently planned on its own and pursued without informing even highly placed officials in the government. The raid also undermined the Filipino federal administration.

[President] Aquino has come under intense fire from nationalist quarters that earlier criticized him for negotiating a military pact that allows the United States to use Philippine bases to implement President Obama's so-called "Pivot to Asia" strategy to contain China.

Already under attack for putting a suspended police general in charge of the fatal mission and refusing to admit command responsibility for it, the charge of laying down Filipino lives for an American scheme appears to have forced the president further into his bunker, creating the widespread impression of a drift in leadership that, it was feared, coup plotters and other adventurers — of which there is no shortage in the Philippines — could take advantage of.

Washington apparently pursued this raid on its own, undermining a settlement with the Moros and further undermining the current administration. That the US refuses to explain its reasons – except that it had the wherewithal to kill Marwan – is further evidence of the arrogance and dysfunction of the US military-industrial complex.

This sort of bureaucratic sickness is doubtless a big reason while portions of the globe are embroiled in conflict. Unchecked, Washington's insistence on acting unilaterally while insisting that others go along will doubtless continue to plunge the world into chaos.