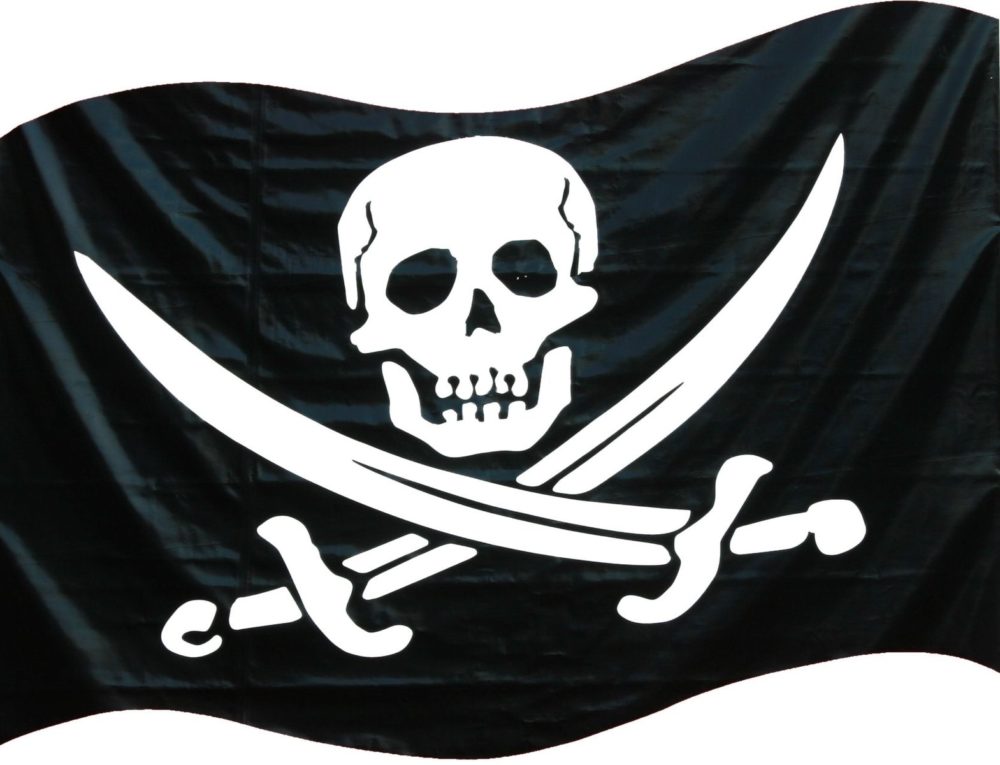 STAFF NEWS & ANALYSIS, Videos
Caribbean Pirates had a government. And it wasn’t bad.
By Joe Jarvis - May 18, 2020

You never hear about a one-man pirate ship.

Pirates had to work together to successfully plunder and rob.

The average old-timey Caribean-type pirate ship during the 17th and 18th centuries consisted of 80 pirates, and some pirate crews reached into the hundreds.

But pirates were not known for being the most orderly people.

How did ruffians who thought nothing of murder work together to relieve massive armed merchant vessels of their goods? And how could one pirate be sure his hard work wouldn’t simply be stolen by a rival, or expropriated by the Captain?

Caribbean piracy was effective and profitable, in short, because they formed an effective legal system. Pirate ships were like tiny floating governments.

And while pirates were clearly horrible to outsiders, internally, they actually had a fair and efficient system of governance.

Each ship would put together their own set of rules or articles. These essentially formed the government aboard each ship.

In the book Legal Systems Very Different From Our Own by David Friedman, Peter T. Leeson and David Skarbek, a typical set of articles serves as an example.

Ships carried mountains of gun powder, so a stray bullet or cutlass could blow the entire ship to smithereens. Therefore the rules stipulated that any quarrels were to be settled on land with sword and pistol, not on the ship.

The punishment for abandoning ship or post during battle was death or marooning. The same went for defrauding the company when it came time to split the booty.

Stealing from a fellow pirate meant having your nose and ears cut off. Then they were left “not in an uninhabited Place, but somewhere, where he was sure to encounter Hardships.”

This particular pirate ship even banned gambling and had an early bedtime. Lights out was 8 o’clock, and any further drinking and rabble-rousing had to be done above deck. And no women were allowed to be brought back to the ship for sexual liaisons. These rules all helped prevent conflicts from forming in the first place.

Pistols and cutlasses were to be kept clean and fit for service.

Pirates even had worker’s compensation, long before labor unions took credit for it. Pirates who lost limbs, became crippled, or suffered other debilitating injuries got “800 Dollars, out of the publick stock.” That was distributed to any injured pirates before the rest of the spoils were divided evenly.

And the musicians got Sundays off.

The Quartermaster enforced these rules, and he, like the Captain, was elected by a democratic vote among the pirate crew. He could be recalled by a majority vote and punished if he abused his power.

Many pirates were former merchant sailors who felt wronged, cheated, or abused by their former officers. For that reason, pirates spread power relatively evenly among the crew, complete with checks and balances. A majority could always recall and elect a new Captain or Quartermaster.

In some ways, the Quartermaster had more power than the Captain.

The Captain was only really in charge “in Chase, or Battle.” His role was a military commander to direct effective piracy. He had to be bold enough to get them the booty, but not so aggressive to get them killed. And he had to be strategic enough to corner the merchant ships, well aware of the threat of piracy.

These organized laws among pirates allowed them to cooperate and each pull in one voyage what a typical sailor would earn over twenty or thirty years.

Pirates even had methods for protecting their citizens from angry governments.

Movies depict pirates as pressing most of the crew into service. This was clever pirate propaganda. It gave pirates who were caught an opportunity to make a plausible defense of their actions: They forced me to do it!

Pirates did force some people into their crews, so courts adopted a policy of pardoning men who could prove they were pressed into piracy.

Some captured merchants who wanted to join the pirates would pull the Captain aside, and ask him to make a show out of forcing him into piracy. Then if the merchant was ever captured and tried for piracy, he could call credible witnesses from his old merchant vessel who saw him being enslaved by the pirates.

No one was under any impression that pirate crews were made up of good people. There was no expectation of honorable behavior among those in charge. So they set up a proper system to hold leaders accountable.

Captains and Quartermasters had to do their jobs fairly and effectively–at least according to the majority–or lose their position and the extra pay which went with it. Even the leaders were subject to the rules and could be brought before a jury of fellow pirates if they transgressed.

A pirate ship was a voluntary government. Everyone joined of their own free will (except for the rare conscripts) and agreed to the rules beforehand. They were told what their rights and powers were, what they were entitled to under different circumstances, how injustice would be dealt with, and even under what circumstances they were allowed to part ways with the company.

It was in each pirate’s self-interest to adhere to the rules, prevent conflict, and avoid punishment. The rewards were massive.

It’s interesting that such obviously bad people could come together to form such an effective system of government. I’m not praising the pirates for what they did to non-pirates. I just think this proves that it is possible to design a voluntary legal system that does not at all rely on good people being in power.