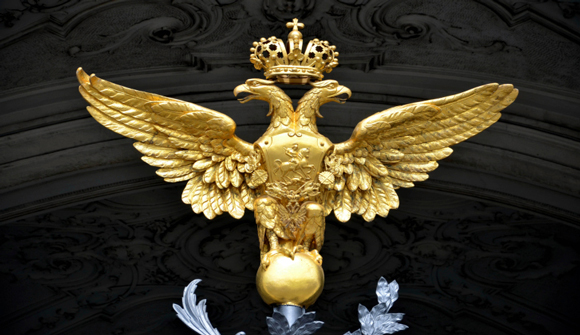 Fragmentation fashion across Europe means German hegemony, if we're lucky … The German people so far remain a bastion of rationalism, holding together as others tear themselves apart. Europe is disintegrating. Two large and ancient kingdoms are near the point of rupture as Spain follows Britain into constitutional crisis, joined like Siamese twins. – Telegraph

Dominant Social Theme: Devolution and secession are dangerous conceptually and in action.

Free-Market Analysis: Ambrose Evans-Pritchard provides us with a trenchant analysis of what's taking place in Europe, and then makes a wrong turn toward the end of the article. He does that a lot these days.

Nonetheless, it's an interesting report, explaining that Europe is increasingly verging on entropy.

For a mainstream media guy, he can be pretty provocative.

The post-Habsburg order further east is suddenly prey to a corrosive notion that settled borders are up for grabs. "Problems frozen for decades are warming up again," said Giles Merritt, from Friends of Europe in Brussels.

The best we can hope for – should tribalism prevail – is German political hegemony in Europe. The German people so far remain a bastion of rationalism, holding together as others tear themselves apart. The French are too paralysed by economic depression and the collapse of the Hollande presidency to play any serious role.

The far worse outcome is that even Germany succumbs to centrifugal forces, leaving Europe bereft of coherent leadership, a parochial patchwork, wallowing in victimhood and decline, defenceless against a revanchist Russia that plays by different rules.

Former Nato chief Lord Robertson warns that a British break-up is doubly dangerous, setting off "Balkanisation" dominoes across Europe, and amounting to a body blow for global security at a time when the Middle East is out of control and China is testing its power in Asian waters.

… The Scottish precedent threatens – or promises, depending on your view – to set off a chain reaction. "If the Scots votes Yes, it will be an earthquake in Spain," said Quim Aranda, from the Catalan newspaper Punt Avui.

Madrid has declared Catalonia's secession to be illegal, if not treason. Premier Mariano Rajoy has resorted to court action to stop Catalonia's 7.5m people – the richer part of Spain – holding a pre-referendum vote for independence on November 9. Barcelona is already covered with posters calling for civil disobedience, some evoking Martin Luther King, some more belligerent.

… Europe's stability since 1945 is built on the sanctity of borders, a universal acceptance that nobody will reopen this Pandora's Box, even if they have legitimate cause. It is why Russia's seizure of Ukraine has been such a shock, so dangerous since it drew a chorus of apologists within the EU, some aiming to exploit it, others useful idiots.

… Some may view German dominance with alarm. Yet perhaps we should be thankful that at least one great European state is holding the line. It is hard to imagine a more reluctant hegemon, a vibrant democracy under the rule of law, defended by a first-rate court, with very strong antibodies against authoritarian mischief.

Evans-Pritchard is covering a lot of ground here. What stands out, however, is his assertion that Russia's seizure of Ukraine has been a "shock."

First of all, Russia hasn't seized the Ukraine, only Crimea. Second, the US State Department's Victoria Nuland explained not so long ago that the US had poured some US$5 billion into Ukraine in order to destabilize the previous pro-Russian government.

This dishonesty is compounded by his characterization of Russia as a country determined to create an empire out of surrounding vassal states. Vladimir Putin did strike back against the West's disruption of a Russian puppet government in Ukraine, but this is a far cry from destabilizing all of Eastern Europe.

Evans-Pritchard is nonetheless using the specter of a militarist Russia as a reason why the EU cannot fragment. Germany, he has decided, is Europe's last, best hope and one that must exercise its considerable influence so that the rest of Europe remains a single (failing) entity.

To which we say, "fragment away."

Evans-Pritchard spends much of the article pointing out the various entities in Europe that want to secede, either from Europe or from the countries to which they are uneasily linked. Evans-Pritchard styles himself as appalled by these potential secessions. Yet why various secessionist movements in, say, Spain should be shocking, given that several of them are expressions of hundreds or thousands of years of national determination, is unclear.

Europe is in the clutches of a growing secessionist storm, just as the US is. And this is one that has been brewing for a while.

Blame it on what we call the Internet Reformation. People are clearly aware of their manipulation now and many – an increasing number anyway – are no longer willing to accept the status quo just because it exists.

This is true for Russia as well. Plenty of Russians are not enamored of Putin. Russia is in the grips of its own secessionist movements.

EU apologists, and that is what Evans-Pritchard has become of late, are increasingly pointing toward military threats to justify the authoritarian backwardness of the union and its continuation.

It's ironic that Germany is being touted as Europe's savior when it was for so long Europe's "sick man." Now it is to be Europe's guarantor. But the Germans don't want the job. They want to be left alone.

The real question is, where's the existential threat going to come from? ISIS? Russia? The ongoing economic crisis? Without a real crisis to face, the EU will eventually split up, or so it seems.

Evans-Pritchard is trying to manufacture a crisis here and presumably doing it at the behest of others. But Europe is more likely to slide into secession than war with Russia, especially nuclear war.

We hope this particular gambit is a non-starter.