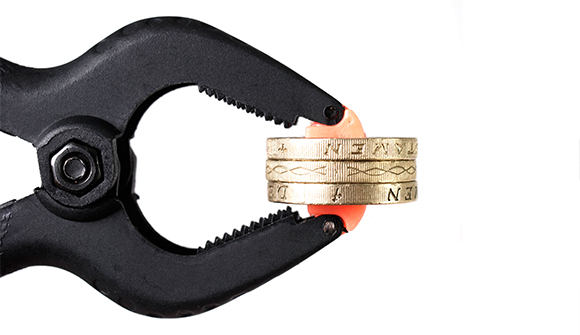 Families face 'unprecendented' squeeze on living standards … The rise in the cost of living and the squeeze on household budgets is much worse than the official measures suggest. Due to the 25pc rise in the cost of goods and services, families are facing a "squeeze" on their standard of living. The cost of essential goods and services has rocketed by 25pc in the past five years, according to a new report by the Joseph Rowntree Foundation (JRF). It revealed that this rate is much faster than the standard measure of inflation – recorded by the consumer price index – which increased by just 17pc. The research found that families are having to cope with an "unprecedented erosion of household living standards" as the gap widens between the rising cost of goods and services, and their stagnant wages. – Telegraph

Dominant Social Theme: Everything is okay in Britain.

Free-Market Analysis: How long is this supposed to go on? The middle classes of both Great Britain and the US have been speared on the sharp tip of monetary policy – and yet the mainstream media is filled with celebrations of the system.

In Britain, especially, anticipation is high over the ascension of the "best central banker" of his generation, Mark Carney. We really can't figure out what "best" means in this context, however.

Carney is one of a breed of men who will go into a room with a few others, shut the door and then emerge somewhat later with a plan to save the world. When it doesn't work he and the sycophants clustered around him will explain that the "job" he had to do was extraordinarily difficult. And that he "did the best he could under enviable circumstances."

When he fails, he won't have to say a word. The excuses have been prefabricated. His predecessors left him an impossible situation to clean up. He "made the hard decisions" and should be given credit for that.

It will all be reported in the mainstream media as it has been before. Meanwhile, despite such brainpower, the modern economy continues to fail. Here's more:

According to the report, in 2008 a single person earning £13,000 would have reached the minimum they needed to get by. if their wage had risen in line with average increases, they would now be earning £14,000 – which is roughly three thousand short of the £16,850 salary needed to cover the same basic standard of living today.

A working couple with two children will now need to earn £19,400 each in order to maintain adequate living standards, the report found, while a single parent would need earnings of around £25,600. The report outlines the biggest financial pressures on families over the past five years.

Energy costs remain the biggest drain with bills rising by 39pc. Childcare costs had increased over twice as fast as inflation at 37pc, with public transport costs almost one third more expensive with a 30pc increase. Food (24pc) and rent in social housing (26pc) had also risen since 2008 according to the foundation's calculations.

Despite the Government's raise of the personal tax allowance which has somewhat eased the strain on households, the positive impact of this is being overshadowed by the effects of spending cuts and the rising cost of essentials, argues the JRF report.

Furthermore, the Office of the Children's Commissioner for England yesterday warned that the Government spending cuts and tax and benefit changes will push more than half a million children into poverty by 2015.

Monetary price fixing doesn't work. Even the "best" central banker will not be able to reverse the dysfunction of the current environment because it only meant to enrich a few at the top. Many others suffer dreadfully.

Eventually the system will collapse under its own weight. Let us hope that people do not offer yet more grand solutions when that happens but allow the market itself to be utilized as a monetary determinant.

What more is there to lose?