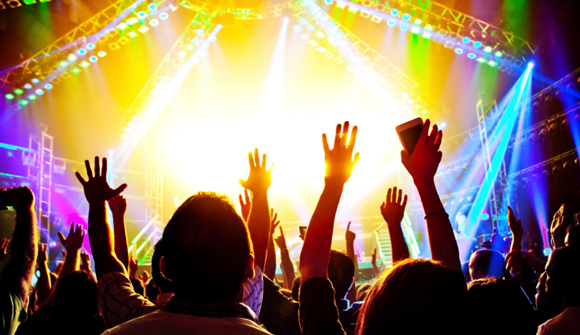 Dominant Social Theme: Where will we turn for greatness now?

Free-Market Analysis: We do not wish to speak ill of the dead but David Bowie's passing does allow us an opportunity to pause and examine popular culture.

This UK Telegraph article does what most journalism does, which is accept the values of popular culture at face value. From the article's point of view, there is no reason to question the reality of "Rock Gods" or why they came to be. The article takes another point of view entirely, which is what their passing will mean. In other words, what cultural import will it have.

Deaths of the famous compel us all to contemplate the meaning of our own lives and times, and the deaths of rock stars carry a very particular sting. Its most iconic figures – those great, symbolic archetypes of an age whose art, lifestyle and spirit was substantially defined by the egotistic and energetic values of youth – have turned into old men.

Whatever your reaction to Bowie's death (the most elegantly stage-managed exit in pop history), we can be sure of one thing: that there is more of this to come. And for a while, at least. I don't want to tempt fate – indeed, I try not to even think about it – but when Bob Dylan, Paul McCartney, Mick Jagger and Keith Richards eventually shuffle off this mortal coil, we may have to mark the entire rock and roll era over. Who knows what forces of collective shock and sadness that will unleash?

The article goes on to explain that as "icons" age, their record companies are planning whole campaigns around their deaths to maximize sales.

Musicians like Michael Jackson are worth far more dead than alive. It is far easier, unfortunately, to manage the image of someone who is deceased than to create a marketing campaign surrounding a live person who is subject to arrest, a messy divorce or some other inconvenient episode.

Of course, the larger issue here is not the evolution of musical marketing but its significance. Over at Taki's Magazine, Theodore Dalrymple has posted a commentary on Bowie's death that attempts to put the recent coverage into perspective.

I was astonished at the amount of coverage given to the death of David Bowie … On the day after his death, the supposedly serious newspaper that I take most often when I am in Britain, The Guardian, ran a special 12-page supplement on his life and activity, as well as five pages in its normal section. There have been articles about him on the two subsequent days. I wait patiently for the tide to turn.

Dalrymple makes it clear that the most puzzling element of Bowie's death has to do with why he is seemingly so venerated. Dalyrmple even quotes one of his lyrics to make a point about the "banality" of Bowie's output:

But I don't know its name

That all people from bad homes

Do it again and again…

Dalrymple adds that he reviewed other Bowie lyrics but "did not find any that were of a much higher or deeper quality." He closes his article with the "interesting question," which is "why a newspaper [like the Guardian] … should devote so much space to the posthumous adulation of such a person as David Bowie, and why his activity should be treated with such breathlessly awed veneration."

Dalrymple seems genuinely perplexed, though in this Internet era it occurs to us that the answers may not be so hard to find.

One commentary that sheds light on Dalrymple's question, for us anyway, is David McGowan's Weird Scenes Inside the Canyon: Laurel Canyon, Covert Ops & The Dark Heart of the Hippie Dream. McGowan just recently died of cancer at a relatively young age but for those who know of him, he remains one of his generation's most controversial writers.

In this brief book, McGowan presents information that many of the 1960s rock and roll stars came from military families, settled near each other in Los Angeles's Laurel Canyon and had hit singles and breakout record albums at the same time. The implication is that the musical revolution of the '60s was actually a kind of US intelligence agency psyop to pit the "younger generation" against their World War II era parents.

If one believes that popular culture is regularly, or even irregularly, manipulated by society's top elites like this then, given an open mind, such a tale may have credibility. Certainly critics of "modern art" have made the accusation that those who control the art industry have deliberately drained it of significance by focusing on abstract designs.

It can certainly be argued that an overwhelming focus on very young men and women who can play instruments and sing is a way of ensuring that we are focused on relatively harmless – and even "banal" – messages.

Likewise, the modern emphasis on professional sports ensures that society gains an endless supply of "role models" who are not necessarily well versed in society's more significant issues. One could argue that music, art and sports in their current incarnations are all purveying memes that determinedly avoid or drown out deeper, critical discussions.

As the 21st century evolves and the tensions between received wisdom and rediscovered reality become more stressful, it is more important than ever to try to focus on the underlying causes.

Whether it is the nature of money or the evolution of modern authoritarianism, one needs to look past the seduction of the message and its purveyors in order to confront genuine truths.

Perhaps the first step is to emphasize literacy over celebrity. Once you make this commitment, many other issues – including much of what we deal with in these pages – will become more comprehensible and easier to resolve.