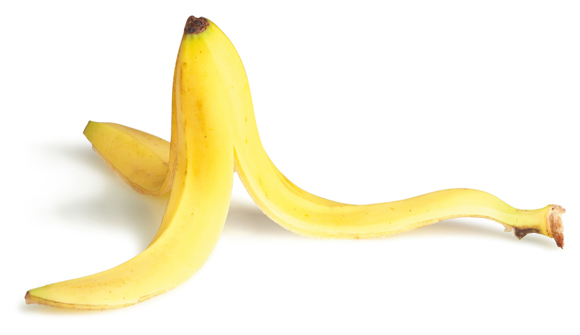 Census 'faked' 2012 election jobs report … In the home stretch of the 2012 presidential campaign, from August to September, the unemployment rate fell sharply — raising eyebrows from Wall Street to Washington. The decline – from 8.1 percent in August to 7.8 percent in September – might not have been all it seemed. The numbers, according to a reliable source, were manipulated. And the Census Bureau, which does the unemployment survey, knew it. Just two years before the presidential election, the Census Bureau had caught an employee fabricating data that went into the unemployment report, which is one of the most closely watched measures of the economy. – NY Post

Dominant Social Theme: The US is the leading country in the world, and the most civilized.

Free-Market Analysis: What leaps out from this information is the extent to which the US has fallen. And there is a larger question: How long can informed citizens be subject to disinformation at all levels of their lives before they become disheartened and even sickened?

This is no idle question. The US thrived because people came to it from all over the world, believing that, unlike their own countries, the inevitable governmental corruption would not poison their lives because the bureaucratic sector was relatively small.

That's all changed now. The US is a vast bureaucratic state and fedgov has been continually more intrusive over the past half-century.

One could even argue that while the Civil War started the downward spiral of what was left of the republic, the real damage was done after the Second World War. The US truly came into its own here as a technocratic state, with its citizens formally militarized and willing to work in nascent multinationals.

Since then, government has gotten bigger and bigger even as the rhetoric of democracy and freedom has never ceased. It sounds like the same country that was founded 250 years ago, but it's not. Leviathan surely has expanded to fiercesome proportions and corruption has invaded the entire body politic. Science, religion, local politics, defense and local politics are all tainted.

The Census employee caught faking the results is Julius Buckmon, according to confidential Census documents obtained by The Post. Buckmon told me in an interview this past weekend that he was told to make up information by higher-ups at Census. Ironically, it was Labor's demanding standards that left the door open to manipulation. Labor requires Census to achieve a 90 percent success rate on its interviews — meaning it needed to reach 9 out of 10 households targeted and report back on their jobs status.

Census currently has six regions from which surveys are conducted. The New York and Philadelphia regions, I'm told, had been coming up short of the 90 percent. Philadelphia filled the gap with fake interviews. "It was a phone conversation — I forget the exact words — but it was, 'Go ahead and fabricate it' to make it what it was," Buckmon told me.

… Census never publicly disclosed the falsification. Nor did it inform Labor that its data was tainted. "Yes, absolutely they should have told us," said a Labor spokesman. "It would be normal procedure to notify us if there is a problem with data collection."

… Last week I offered to give all the information I have, including names, dates and charges to Labor's inspector general. I'm waiting to hear back from Labor. I hope the next stop will be Congress, since manipulation of data like this not only gives voters the wrong impression of the economy but also leads lawmakers, the Federal Reserve and companies to make uninformed decisions.

The writer has offered to provide evidence of this latest outrage but we are fairly certain nothing will come of it. Those in power may believe that if they don't acknowledge various difficulties, business will continue as usual. But they could be incorrect. Because of the Internet people are increasingly aware of a totality of corruption that is sapping citizens' sense of the country as exceptional.

This has wide ramifications that are likely not apparent for the moment. In the US, the perception has been of a country that stood apart from run-of-the-mill corruption. People were willing to undergo years of privation and education because they believed in the larger system and were willing to sacrifice to participate in its institutions.

But if those institutions are exposed as questionable and the system itself is seen as increasingly invalid, then people may gradually lose their belief in the larger entity. This will lead to questioning on all sorts of levels and make people's tolerance for a flawed structure less flexible.

This is really a great danger. Despite all the talk otherwise, it is likely how Rome really fell and how Mayan civilization was gradually abandoned. When people cease to believe in fundamental institutions, the civilization supported by those institutions is increasingly in danger of collapse.

In Rome, finally, people simply weren't willing to put up with the irrational confiscations, Byzantine and arbitrary taxation, endless emergency wars and levies to protect porous borders. An empire that had been presented as a citizens' concept was increasingly seen as simply a counterproductive burden. It became the "other."

In South America, a war culture between city-states encouraged by the priest class and enshrined by leadership became bloody and onerous. This seems to have occurred with some frequency. Initially, the city-states lived in some harmony and competed amicably.

But as factions sought to advantage themselves politically, war became a tool of political art with elites advancing by creating enemies where there were none; religious rituals took advantage of these artificial enemies to empower some at the expense of others.

Eventually, people weren't willing to put up with the bloodletting anymore. Archeology shows on several occasions at least, there is evidence that elite quarters were burned, seemingly for no reason, before the citizens of a given city state moved away.

These puzzling historical episodes are inevitably interpreted through today's dominant social themes. We are told that "climate change" or ruinous farming procedures galvanized wholesale urban abandonment. But others have speculated that the real reason people left was that they were fed up. This may have happened more often in history than we are led to believe.

There is, in fact, speculation today that the West's top men have come to a conclusion that they may need to tear down the institutions of Western civilization in order to remake societies on a more internationalist scale. This radical procedure may be seen as a reaction to what we call the Internet Reformation: The only way to combat the growing disaffection with society is to participate in undermining its validity.

We are left with at least two alternatives. One is that as corruption is seen as continually advancing in a technological era that regularly exposes it, the top elites simply continue to pursue business as usual.

The other is that they actively participate in the undermining in order to be in a position to build something else. What history will show is not yet clear. But the drumbeat of corruption in the US, the Anglosphere's erstwhile enforcement arm, leads us to believe that the current situation is unstable and thus destabilizing ramifications shall continue to evolve.

Alternative 'Net media often dwells on economic and military instability as ways that a society can be brought down. But history seems to show us that great empires are often destroyed internally as people cease to participate in the sociopolitical functions.

People don't willingly live or participate in "banana republics." They are apt to retreat into their own familial and community cultures to generate valid social structures as larger ones collapse around them. This is surely why empires are often not followed by other empires but instead by periods of splintering and regionalization.

These interregnums may not necessarily be bloody but they are perhaps inevitable if a given society is not capable of combating increasing corruption and disaffection. We are not at a tipping point, but one could argue we are moving closer.