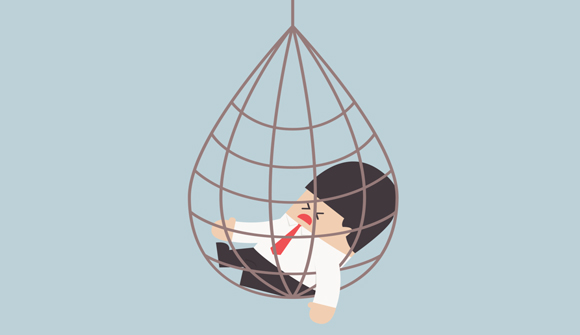 Bank of England officials are secretly researching the financial shocks that could hit Britain if there is a vote to leave the European Union in the forthcoming referendum.

The Bank blew its cover on Friday when it accidentally emailed details of the project – including how the bank intended to fend off any inquiries about its work – direct to the Guardian.

According to the confidential email, the press and most staff in Threadneedle Street must be kept in the dark about the work underway, which has been dubbed Project Bookend.

It spells out that if anyone asks about the project, the taskforce must say the investigation has nothing to do with the referendum, saying only that staff are involved in examining "a broad range of European economic issues" that concern the Bank.

The revelation is likely to embarrass the bank governor, Mark Carney, who has overhauled the central bank's operations and promised greater transparency over its decision-making.

MPs are now likely to ask whether the Bank intended to inform parliament that a major review of Britain's prospects outside the EU was being undertaken by the institution that acts as the UK's main financial regulator. – The Guardian, May 22, 2015

We are not at all surprised that the Bank of England or any other central bank would lie about its activities. Having their own documents prove they are lying is unusual, however.

This might have been a major embarrassment for the BOE, but the financial media either missed the point or chose not to highlight it. A Bloomberg report on the same leak didn't even mention BOE's plan to keep media in the dark. The Wall Street Journal story wasn't much better.

Is "lie" too strong a word? The leaked BOE memo gave specific instructions on how officials should respond to direct questions. It was, at the very least, less than fully truthful and certainly not "transparent," like the bank claims it wants to be.

Look at it this way: if a citizen answered a police officer the same way BOE said its staff should answer the media, he or she would likely go to jail for making a "false" statements. We think "lie" fits.

Whatever you call it, the incident brings to mind a more important question. If BOE officials lied in these innocuous circumstances, how often do they lie about subjects that are more serious? We suspect they do so frequently.

Furthermore, if lies are so de rigueur at the BOE, it seems certain the Federal Reserve, Bank of Japan, European Central Bank and others play equally loose with truth and full disclosure. In all likelihood, they even lie to the legislatures and governments for whom they supposedly work.

The greater irony is that this subterfuge wasn't even necessary. Everyone knows that Britain's Conservatives promised voters a referendum on leaving the European Union. Obviously, the political milieu in which BOE conducts its monetary manipulation will change if it should pass. Contingency planning for that scenario is understandable, if only so the bank can continue its debasement and manipulation uninterrupted. The bigger surprise would be if they had NOT started planning for it.

Most of what central banks do is already dishonest enough. Hiding the truth by lying to the media and public adds insult to injury – and gives us one more reason to demand their abolition.