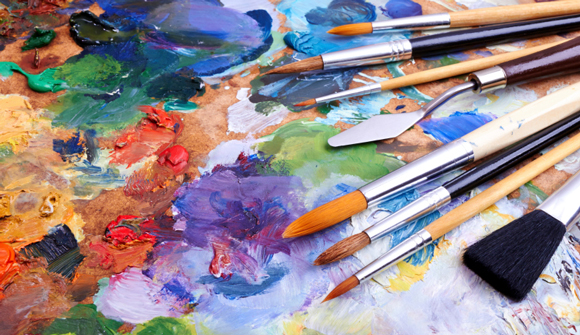 The Fed Needs Humans … U.S. legislators … want to remove human judgment from its decisions on where to set interest rates. It's a terrible idea that could endanger the entire global economy. – Bloomberg

Dominant Social Theme: The Fed is an art form. Technocrats are the artists.

Free-Market Analysis: Our ongoing effort to analyze the arguments against an "audit" of the Fed has been helped immeasurably by Bloomberg View, which regularly advances arguments why the Fed should be left alone.

These editorials have become more frequent now that the Fed and other central banks are under regular political attack. The main issue in front of the Fed is an "audit" – presumably one that would name names instead of providing only sterile figures – but the Fed faces other challenges as well, and this article confronts one of them and tries to put it to rest.

The trouble with this stream of defensive editorials (they do seem defensive in tone) is that they never grapple with the main question facing central banking: How can humans, no matter how numerate or sophisticated, peer into the future to determine the rate and volume of currency that a US$15 trillion economy demands.

That's the first question. But the second question is just as pertinent and has to do with price fixing. Not only are Fed officials charged with a brief for fortune-telling, they are also involved in creating a price and mandating it by force.

We don't like to think of the Fed as an authoritarian body because its brief is wonkish. Janet Yellen, Ben Bernanke – these don't seem to be the faces of oppression. But try to set up a different monetary system in the US and the Fed's power will become clear. You may end up in prison.

The Fed is an authoritarian body. Central banking is an authoritarian paradigm. Ask any economist if a forcibly fixed price is a good idea and the answer will come back sharply and clearly: No. Yet when it comes to fixing the price of money, suddenly normal economic judgments do not apply.

So this is the position to start from. The Fed's brief is authoritarian; it asks individuals to predict how much money a US$15 trillion economy needs, though such predictions must be impossible; finally, it fixes prices on a regular basis, something any mainstream economist will tell you is bad policy.

Against this logical marshalling of facts, Bloomberg mounts editorial after editorial defending the indefensible. Each one editorial starts out bravely and then lapses into logical fallacy. This editorial is no different.

U.S. legislators have a radical plan for the Federal Reserve, one of the world's most powerful policy-making institutions: They want to remove human judgment from its decisions on where to set interest rates. It's a terrible idea that could endanger the entire global economy.

The Fed's monetary policy has long been set by the Federal Open Market Committee, which consists of the governors of the Federal Reserve Board, the president of the New York Fed and four regional Fed presidents on a rotating basis. Now, some legislators led by Jeb Hensarling, chairman of the House Financial Services Committee, want to replace this group of people with a fixed mechanical rule.

Known as the Taylor rule – after its inventor, Stanford University economist John Taylor – the rule crunches numbers such as inflation, output and potential growth, then spits out an interest rate that in theory should set the economy on the right course.

The editorial is not a long one, but the difficulties deepen as the argument progresses. The justification for the "human element" we are told is that the Fed needs "human judgment." This is presented as if the Fed were engaged in some sort of art form or was providing us with an estimate of the economy's direction.

But the Fed is not engaged in a creative endeavor. Nor is it providing investors and businessmen with estimates. It is a deeply authoritarian body that FIXES the price and volume of money. It is engaged – though this is not a popular description – in making law.

Within this context, "human judgment" is a significant drawback because it is … a judgment. A guess. A stab in the dark. The editorial attempts to back up the presentation of its logical fallacies by making three arguments.

First, it points out that economies are not physical systems "with immutable laws." Second, the Taylor rule relies on "imperfect inputs." Third, the Taylor law "ignores many of the most important risks that the Fed must consider."

All of this is sensible and perhaps would rebut the idea that the rate and volume of money ought to be set automatically. But the logical fallacy here is that "human judgment" is not going to be any better because of the aforementioned challenges.

When it comes to fortune-telling, whether the mechanism is automated or human, the challenges remain the same and the outcome cannot be any different.

The article acknowledges the Fed "isn't perfect." And it admits that there can be legitimate debates regarding the Fed's conduct. But it concludes by noting, "No mathematical formula can substitute for the expertise and leadership that such a group can provide, particularly in a crisis."

Given that central banks including the Fed have plunged the West and the world into the deepest and longest recession since the Great Depression, given that the West still hasn't recovered and shows no real sign of doing so despite endless talk of "green shoots," given that the main tool of central banking is currency debasement – some US$50 trillion in the past six years – God save us from such expertise and leadership.

These Bloomberg articles continually show us that there is no justification for the Fed or any other central bank – no matter how much rhetoric is launched. There is no defense for its brief, no logical methodology to its actions and no possibility that the system will improve.

Whether human "judgment" is employed or a rules-based methodology, the mandate given to central banks will remain impossible to fulfill. Someday, perhaps, this central fact will become more insistent and supporters of central banking will finally be forced to address it.

But defenders of central banking are unwilling to do so because they have no real answers. This series of articles via Bloomberg seems to show that clearly.