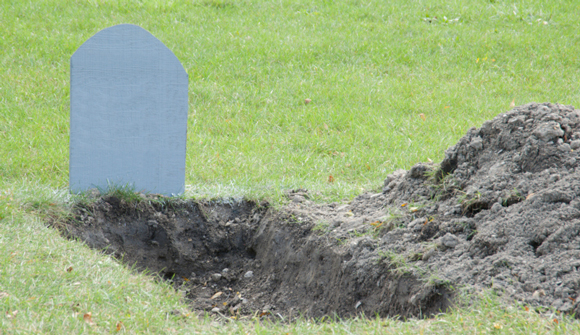 Fed unlikely to redraw markers for rate hike … Federal Reserve policymakers have cooled to the idea of explicitly raising the bar on future interest rate hikes, a sign the U.S. central bank is angling for a return to more subtle – and familiar – ways of explaining how it plans to steer the economy. The Fed, still struggling to boost the U.S. recovery from the Great Recession, remains intent on assuring investors that easy monetary policy is here for the long haul. Households and businesses, in the Fed's view, need low borrowing costs to get spending and investment back on a self-sustaining path. That's the reason the central bank took the unprecedented step last December of pledging to keep overnight interest rates near zero until unemployment falls to at least 6.5 percent, unless inflation threatens to rise above 2.5 percent. – Reuters

Dominant Social Theme: Well … the Fed does what it does for the good of all of us … and low rates are better than high ones.

Free-Market Analysis: Who knows what the Fed is really going to do? All we can say for certain, as we read this article, is that rates are not going up any time soon.

Money will continue to pour into the stock market. And the coverage of what will be first a tremendous boom and then an equally horrific bust will not be equal to the reality of what is about to occur.

The coverage itself is increasingly a kind of confidence trick. Journalists and economists sit around and discuss central banking generally in a rational way. But central banking was never rational – and it is getting loonier by the hour.

We have often pointed out that central banking is a modern religion, a technocratic one. The world's top men, the ones who control banking, want to present central banking as a science. Any sense of spontaneity, gaiety or eccentricity is to be drained from the process.

What is left is a dutiful acknowledgement that those minding the money store are the best of the best – and chosen for their fealty to honesty and their honest resoluteness in the face of the temptations of corruption.

A straight-shooter, fearless, well-meaning, earnest … even a bit nebbish. That's how the central banker is basically presented to the world. You don't usually see them in relaxed environments. You hardly ever see them at barbecues. They don't seem to take time off.

Relentlessly, central bankers strive to create monetary environments for the good of the people to whom they are responsible, theoretically anyway.

Do they sleep? Do they even breathe? They don't even talk like normal people. Look at the way they operate, according to this article.

Do they ever think of anything but monetary policy? …

By providing economic guideposts, or thresholds, the Fed hoped to convince investors it was serious about keeping overnight rates low. To the degree investors were convinced, the long-term borrowing costs markets set would stay low as well, since they embody expectations for future overnight rates.

But earlier this year, when Fed Chairman Ben Bernanke hinted the central bank could soon reduce its bond purchases – the other tool it has been using to hold down long-term rates – bond yields, which act as a benchmark for many borrowing rates, spiked, sparking a debate over whether the forward guidance on interest rates needed to be strengthened.

Last month, two highly publicized Fed research papers suggested that lowering the unemployment rate threshold could give the economy additional thrust, fueling a surge of speculation that such a plan was in the offing. Bernanke, after all, had earlier suggested it was a possibility.

But Fed officials appear to be leaning against such a move and have already moved back to the tried-and-true approach of letting a few well-chosen phrases guide market expectations. Minutes from the Fed's last policy meeting show only two officials backed a lower unemployment threshold – and one of them has since tamped down the idea. Meanwhile, remarks from Bernanke and Fed Vice Chair Janet Yellen suggest they have abandoned the notion.

The reality is nothing like this well-intentioned striving. Inevitably, these titans of finance are portrayed as a priest class. But the truth is far less flattering.

The era of central banking is really only 100 years old. And a century ago there were perhaps five central banks. Now there are something like 150. Central banks act as one these days. They "coordinate" where they meet, in Switzerland under the auspices of the Bank for International Settlements.

Coordination is a fancy way of saying that these monopoly banks that are empowered to print fiat money are required by law to conspire. And what is it that they conspire to do? Why, to further centralize the world's money, power and industrial capacity.

Their vision seems to be one of old-fashioned feudalism. This is what apparently animates central banking, not some sense of shared responsibility for the good of humankind.

Central bankers can be portrayed by the media as good-hearted nebbishes. The idea is basically that what "works" when it comes to central banking can be ascribed to innate brilliance; what doesn't work can be explained by academic naïveté.

But honestly, it doesn't work that way. Central banks fix the price and volume of money. Like a great big truck rolling down the road or like a train, once the process is in motion it cannot stop. It will continue and the economic catastrophes it causes will become bigger and ever more bloody.

Human beings live with many contradictions. Ben Bernanke can rail against Nixonian price fixing as he did recently at a lecture; then he can return to his day job and manage the biggest price-fixing operation in the world. None of this is in any sense innocent. At the deepest level it is not academic but anti-academic.

This article in Reuters – like so many – discusses central banking in terms of policy and strategy. But at root, central banking is all about merciless control that leads inevitably to the day when people's savings are rendered worthless and they face a brief and wretched bankruptcy before succumbing to starvation or sickness.

This time may be coming upon us again, as we have been trying to point out in a series of articles. We can see the stars aligning for the biggest stock market boom in history, but it is one that will inevitably turn into a bust (hopefully after you have benefited).

In any event, once only smoking ruins remain, we will no doubt be treated to post-mortems blaming everyone but the monopoly central bankers and their bosses.

Blame? No, that 's not really appropriate … We will learn once more that central bankers, earnest and questing, simply made the wrong decisions.

The "science" was not correct. The laboratory yielded the wrong results.

Central banking … sterile as the grave.