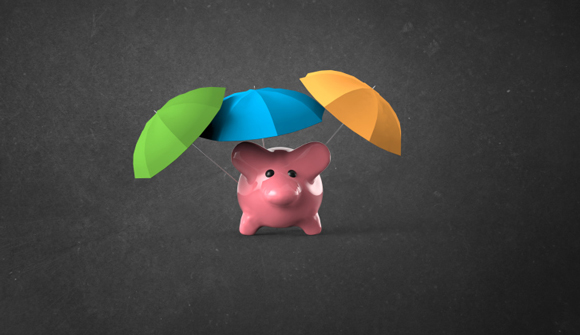 STAFF NEWS & ANALYSIS
Central Banks Can Never Improve on the Market: You Must Protect Yourself
By Daily Bell Staff - February 12, 2016

Mission incomplete: Rajan's overhaul of RBI … In a video conference in mid-2014, Reserve Bank of India (RBI) governor Raghuram Rajan told employees that he wanted to hire talented external candidates and improve the quality of research at the 81-year-old central bank. The proposals, described to Reuters by three officials who heard Rajan speak, would hardly seem out of place in any major institution on the planet. But in the storied halls of the RBI, where staff have to pass comprehensive examinations to join public service and spend decades slowly moving through its ranks, Rajan's ideas were seen by some staff as controversial. – Reuters

If you ever needed an explanation for central bank incompetence, here you have it.

With the monetary systems of entire countries in the hands of a group of unelected bureaucrats, it's clear that this was a doomed experiment from the start.

These are human academics, not gods that hold complete power over our financial futures. They are neither omniscient nor omnipresent, yet they believe that they know exactly what the economy needs.

Every decision made by this institution to fix prices, ratchet down interest rates, or inflate the currency causes chaos in the economy.

The result is tremendous booms and disastrous busts. The most severe ones paralyze economies that only a few days or weeks before had been seen as engines of prosperity.

One can draw direct and indirect lines between the now worldwide facility of central banking and the galloping economic ruin that is overtaking developed and developing economies alike.

"Rajan's calls for out-of-the-box thinking were reiterated in a memo last month, seen by Reuters, which urged increased accountability and performance and was described by a half dozen mid-level officials as toughly worded, sparking similar misgivings among some in the bank's rank-and-file.

Such reactions highlight what has probably been one of the hardest fights of his tenure: transforming what many see as a slow-moving and bureaucratic RBI of 17,000 staff into a modern, nimble central bank.

The reality is, a central bank can never actually be modern or nimble. Monetary policy tools are not for fine-tuning. You can't fine-tune anything with a bludgeon.

And theoretically speaking, central banks can NEVER improve on the market because EVERYTHING they do is a price-fix mandated by law.

Thus, monetary policy can only distort. And it really does. When you force people to do something, it may seem to work for a while but in the long term it creates tremendous monetary displacement.

Nonetheless, it seems that one does not question the efficacy of central banking, only the process. It is simply assumed that a better central bank produces a "better" outcome.

The question is – better for whom?

Economics professor Richard Werner – who created the concept of quantitative easing – has documented that central banks intentionally impoverish their host countries to justify economic and legal changes which allow looting by foreign interests.

He focuses mainly on the Bank of Japan, which induced a huge bubble and then deflated it – crushing Japan's economy in the process – as a way to promote and justify structural "reforms". The Bank of Japan has used a heavy hand on Japanese economy for many decades, but Japan is stuck in a horrible slump.

The article goes on to inform us that issues applying to the Bank of Japan also affect the European Central Bank, which has "used loans and liquidity as a weapon to loot European nations."

As sovereignty drains away, so does prosperity. Today, we learn "Europe has been stuck in a depression worse than the Great Depression, largely due to the ECB's actions."

The article does not avoid the culpability of the US Federal Reserve, either. It concludes that the main effect of the Fed is to increase income disparities.

The Fed's effort overwhelmingly benefits the wealthiest Americans … and wealthy foreign investors [and] is largely responsible for creating the worst inequality in world history.

This is a crux paragraph between many other accusations. The inevitable outcome, over time, is that "money" flows to a handful of individuals directly connected with central banks.

In an example of how people's viewpoints warp once they have been exposed to the system, the article quotes Alan Greenspan as telling a Citicorp executive, "I have nothing against size. It doesn't bother me at all," when discussing Citicorp's sprawl.

This, too, is a crux insight, for it reveals that even someone as intelligent as Greenspan ends up looking at central banking from the inside out. The result of this vantage point is that such individuals cannot see the entire system as it is.

Greenspan's statement does not recognize that today's multinational corporations are artificially enlarged by court judgments regarding intellectual property and corporate personhood and further engorged by central bank credit that flows inordinately to the very largest industrial entities.

It does not recognize that the exaggerated business cycles created by central banking itself steadily expand a very few corporate entities while impoverishing the rest of society.

Beyond this, it does not recognize that the world's imminent peril is no accident. Just as the system itself has been developed to create maximum centralization and control of the few over the many, so it has been DESIGNED to fail.

It is impossible that so many design features incorporated over so many generations could have led us here without malice aforethought.

The system is designed to do exactly what it is doing: Create societies where we starve in the dark while an empowered few drive through our darkened streets in their bombproof limos headed to country estates.

Having made these observations we should add that social systems ebb and flow and the Great War between the middle classes and their elite superiors is a constant of human history.

What we make of this life remains ours to choose. Certainly, we can take "human action" to defend ourselves and our families from the worst depredations of modernity.

We can educate ourselves about history and its cyclical triumphs and disasters. We can focus on thinking and then doing in various ways that enhance our quality of life and the pleasure that those around us take in everyday existence.

Conclusion: Central banking was doomed from the start. It doesn't make sense to bet your life's savings that a group of unelected bureaucrats will make prudent decisions over the money supply – especially when it's not even in their best interest to do so. In order to take back control of your financial fate, you need to exchange your central bank-controlled fiat currency for real assets: gold, real estate, etc. Take human action to reinforce our most precious resource: freedom.