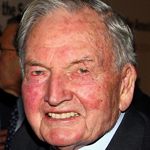 Vice President Cheney charged Sunday morning on CNN that President Obama is using the recession "to try to justify" what is probably the largest expansion of federal authority "in the history of the Republic." "I worry a lot that they're using the current set of economic difficulties to try to justify a massive expansion in the government, and much more authority for the government over the private sector," Cheney said in his first television interview since leaving office. "I don't think that's good. I don't think that's going to solve the problem." Speaking to host John King on "State of the Union," Cheney said he thinks the programs Obama has proposed "in health care, in energy and so forth constitute probably the biggest – or one of the biggest – expansions of federal authority over the private economy in the history of the Republic." – Politico

Dominant Social Theme: A word from the loyal opposition.

Free-Market Analysis: What is there to say about America's former vice-president Dick Cheney? The relationship between he and Bush remains a question mark. Who pushed the president's policies throughout the 2000s? Hard to say. Some believe Cheney was ultimately the point man for the administration, the conduit through which outside forces exercised considerable influence. Others believe that Bush, far cannier and focused than he is given credit for, was his own man and made his own bed. But, either way, the point that Obama has proposed "one of the biggest expansions of federal authority," does not entirely ring true — or not when the criticism comes from Cheney.

President George W. Bush's various wars and social-engineering programs – no matter who proposed or actuated them – added some $5 trillion to the national debt in eight years. Now Obama's expansive programs threaten to add additional trillions. But for Cheney to point out that Obama is a big spender when the Bush administration was (until Obama) the most reckless spender of American treasure in the history of that powerful country illustrates the paucity of what passes for political dialogue.

Under Bush, the mainstream media relentlessly parroted the point of view that Bush was a "conservative." Exactly what "conservative" was supposed to stand for is unclear. But that the American media could label Bush as one might lead an impartial observer to decide that the entire reporting corps had fallen under some sort of strange spell. The conservative movement in America – which has taken to disavowing Bushian policies in the last months – is low-tax and low-spend and anti-regulation (though pro-"life"). Bush did provide a tax cut at the beginning of his administration, but thereafter the profligacy of his governmental action should have left any real conservative reeling.

Even before 9/11 Bush was revealing his sympathy for government activism. Instead of trying to whittle back the corrupt and inefficient educational process in the United States, Bush attempted to rationalize and improve it with his disastrous "no child left behind" policies. Now the educational process, in addition to being miserable and more profligate, includes ever-higher doses of rote memorization as panicked teachers put their children through endless hours of nonsensical study in an attempt to improve federal test scores.

Bush was also responsible for trying to fund the American religious establishment with federal dollars. Not content with a gigantic and dysfunctional welfare state, the "conservative" Bush was apparently determined to spread the corruption of public largess to the American spiritual community as well, a process that – far from vanishing despite several legislative and judicial defeats – has apparently continued and evolved under Obama.

But it was in the area of "national security" that the Bush administration truly shone. Under the Homeland Security umbrella, the Bush administration reorganized more than a dozen separate American intelligence agencies and launched a vast array of security operations ostensibly aimed at a shadowy "Al Quaeda," but more obviously affecting the American middle class than any single group of terrorists.

Today, the United States in addition to having the largest military budget in the world, may also pose a combined and increasingly effective security apparatus that rivals anything the USSR might have offered up under its KGB. Under Bush, politicians, and even the mainstream media, tended to celebrate warrantless wiretapping and the feat of "breaking down barriers" between intelligence agencies – and even local police forces – as some sort of victory against terror. History shows us that such "efficiency" is almost inevitably turned on a domestic population, with much greater effect than it might ever have against a foreign power.

The Bush administration further trammeled what remained of constitutional checks and balances between the awesome power of the federal government and the people it purported to serve and protect. It doubled the national debt, embroiled the country in a two-front war than may easily spill over into three (if Iran heats up) and generally, with the exception of a tax cut here or there, never found any kind of government activism it couldn't encourage or cultivate.