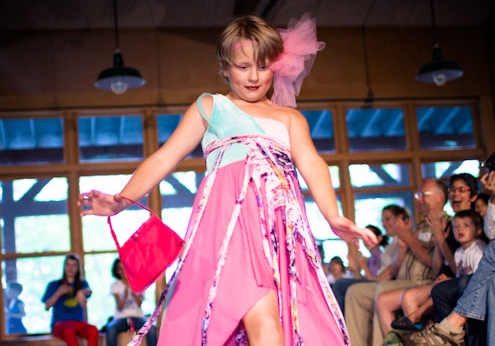 Adults should be able to identify as any gender they want. Modern science means they can even change their physical characteristics and take hormones, which will mimic the opposite sex.

I may not understand it, but it doesn’t affect me, so I should have no say in how another adult lives his, her, or its life.

Bathroom policies should be decided by business owners. If a public school has a bathroom policy you don’t like, pull your kids out. Public school is a terrible thing for children anyway.

But there is a dangerous cultural meme that kids can choose to change their sex. Children should not be indoctrinated into believing they should get a sex change before they hit puberty.

If your little boy acts like a little girl, please continue to love and support him. Let him identify as whatever gender he wants, but do not plant the idea in his mind that he can become the opposite sex.

Once you are an adult who can understand consequences, go right ahead and play Mr. Potato Head with your body parts.

But children are being brainwashed into thinking it is normal to get a sex change. Children have rights and deserve some degree of autonomy. The parents’ job is to protect their children and do what is in the child’s best interest.

A four-year-old doesn’t know what transgender is. A four-year-old can cross-dress, act feminine or masculine, and even express the desire to be the opposite sex. But parents should not take this as a sign that their child is transgender.

I remember dressing up as a girl when I was about four years old, (probably with the help of my sisters who applied the eye shadow and nail polish). Did that mean I was transgender? No, it meant I was a little kid playing.

(I also identified as a cat for some time, and believe it or not my parents did not get me species reassignment surgery.)

As a four-year-old, maybe I would have flipped a coin and decided, “Hey, yeah, now that you mention it, I do like wearing dresses! Sign me up for hormone therapy, and make an appointment for a sex change.”

As crazy as this sounds, some parents are reacting in this way.

Because of the increase in media exposure, and indoctrination at schools, kids are becoming confused. In Great Britain, there has been a marked increase in kids seeking help with their gender identity.

So when kids are referred to clinics, if they were simply counseled through a tough time, that would be a good thing. But the clinics take it much further.

Those referred under a psycho-social assessment for six months by a clinician, which is followed by an action plan involving counselling and, sometimes, a physical intervention.

Children who have began puberty can be prescribed a course of hormone blockers to suppress the changes associated with adult development.

And those aged 16 and over can be given cross-sex hormones, giving them the physical characteristics of the opposite sex.

Is it Child Abuse?

Let’s quickly run through the difference between gender and sex.

Sex is a biological trait. There is male and female, and some rare medically identifiable physical disorders.

Gender is a social construction which generally corresponds to a particular sex.

Before some reasonable age at which a human is capable of making permanently life changing decisions, it is child abuse to give them sex change drugs and surgery.

You cannot even legally get a tattoo in the U.S.A. before age 18. The government says you are not responsible enough to drink alcohol until you are 21. But the media tells us that 10-year-olds can make a permanent, life changing decision. A four-year-old in Australia was given sex reassignment surgery!

The American College of Pediatricians urges healthcare professionals, educators and legislators to reject all policies that condition children to accept as normal a life of chemical and surgical impersonation of the opposite sex. Facts – not ideology – determine reality.

Maybe someday science will actually be able to transform a man into a woman, but right now it cannot. You can use hormones so that the body mimics the opposite sex. You can get surgery so that your body looks like that of the opposite sex.

But if you are born a male, you cannot get pregnant no matter how much treatment you receive. If you were born with two X chromosomes, you are and will remain biologically a woman.

Parents who play into the media’s lies about gender and sex identity are setting their children up for a life of depression and anxiety.

Endorsing gender discordance as normal via public education and legal policies will confuse children and parents, leading more children to present to “gender clinics” where they will be given puberty-blocking drugs. This, in turn, virtually ensures they will “choose” a lifetime of carcinogenic and otherwise toxic cross-sex hormones, and likely consider unnecessary surgical mutilation of their healthy body parts as young adults.

The Tangled Web of Leftism

What happened to the mantra that you are perfect just the way you are?

We live in a society that tells unhealthy obese people that they shouldn’t be “body shamed” into losing weight.

But if you don’t feel comfortable with your natural biological sex, that is something worth changing?

Teach kids to act how they honestly want to act. If that means a boy wears a dress and a girl cuts her hair short, so be it! You can choose a “gender” without trying to change your sex.

The extreme leftists have gotten their message mixed up. They say correctly that you can choose a gender, but then advocate “choosing” a biological sex to correspond. This, of course, is impossible. You can only mimic the opposite sex, not actually become it.

Kids need love, support, and a guiding positive influence who is open-minded enough to discuss complex issues. They do not need drugs, hormones, and surgery based on their gender identity.