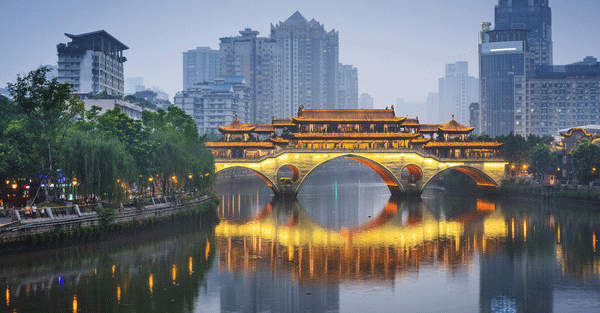 STAFF NEWS & ANALYSIS
China No Enemy of the West as Recent Regulatory and Diplomatic Moves Show
By Daily Bell Staff - May 16, 2016

Developments reported in the mainstream media show once again how intertwined China is with Western economic models and influences.

But there isn’t. Much of the so-called China-US tension is exaggerated or make-believe.

It’s part of the larger, cold war formulation now being erected between the BRICs and the West.

The Western political establishment needs these rivalries to justify its very existence.

This article in Reuters illustrates clearly the dependence that China has on the West for its mercantilist economic approach.

At the same time as China is requesting regulatory advice from the West, the country is also formalizing a deeper relationship with the Middle East’s Qatar.

Qatar owns Al Jazeera, initially staffed by BBC journos and organized along the lines of CNN.

In fact, a coup that placed Qatar’s current leadership on the throne was seemingly supported by the US. Qatar also hosts the largest US military base in the region.

This base was used as a main forward point during the invasion of Iraq.

Presumably, China would not be seeking a closer relationship with one of the US’s staunchest allies in the Middle East if there existed real enmity between the US and China.

We’ve written about Qatar’s close ties to the West, particularly Britain and the US HERE.

Here, from CCTV, is a report on the growing China-Qatar relationship:

He made the remarks in Doha while meeting with Qatar’s head of state, Emir Tamim Bin Hamad Al Thani.  During the talks, Wang said the “Belt and Road” initiative shares common cooperative opportunities with Qatar’s National Vision 2030, a roadmap for future development launched by the Qatari government in 2008.

The article mentions Qatar’s National Vision 2030 that presumably is tied into the UN’s over-arching Agenda 2030, with its 17 points intended to organize and reconfigure every aspect of human existence including, for the first time, the oceans.

And China in its current incarnation probably needs to apply Western models to impress its own citizens with government credibility.

The discussions between representatives from China and the UK Foreign Office and Treasury highlight Britain’s burgeoning relationship with Beijing on financial issues.

The talks signal Beijing’s growing willingness to seek outside help to improve regulation of its financial infrastructure, in a bid to increase transparency, reduce systemic risk, and stop companies exploiting loopholes.

Several Chinese and British sources with direct knowledge of the talks said Beijing had sent delegations to London to study the UK regulatory framework, with two sources citing a visit in the first quarter.

The entire Chinese financial system is built around British-style central banking, so the idea that China’s financial relationship with Britain is “burgeoning” is nonsensical.

Beyond this, China’s latest market instability has nothing to do with regulations – past, present or future.

China’s entire economy is in a mess because the Chinese Communist Party has overprinted money for 20 years.

The resultant, out-of-control economy threatens every part of China’s investment structure and enterprise.

It is all aimed at the same result, which is to create a cohesive financial system worldwide. The end result is a single financial and economic system with a strong, internationalist affinity.

Conclusion: It may seem as if China and the West are rivals and potential enemies but it is just not so. Eventually along with the West, China – all of Asia – will join in a seamless international system with the same regulations, currencies and central banking policies.