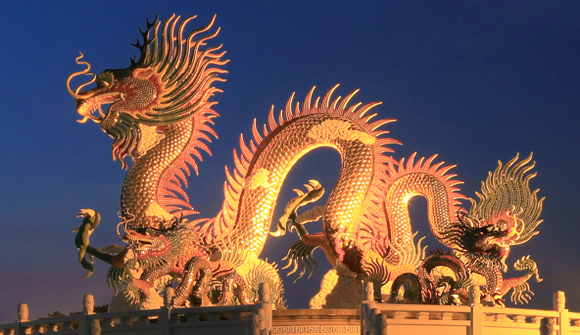 STAFF NEWS & ANALYSIS
China's Bigness Has Little to Do With Growth – Or Its Demise
By Staff News & Analysis - October 31, 2014

China Is Very, Very, Very, Very Big … Larry Summers and Lant Pritchett have written a paper predicting a Chinese growth slowdown. In 2013, Barry Eichengreen, Donghyun Park, and Kwanho Shin wrote a paper with much the same message, which accurately predicted the recent Chinese slowdown from about 10 percent annual growth to about7.5 percent. In fact, the most basic model of economic growth, the Solow Model, predicts that a country's growth slows as it gets richer. Yes, the case for a Chinese slowdown is pretty incontrovertible at this point. – Reuters

Dominant Social Theme: China is so big that it will probably prosper no matter what.

Free-Market Analysis: Mainstream economists have finally discovered what we here at The Daily Bell have been predicting for about four years anyway, that Chinese growth is surely unsustainable.

Now our favorite new mainstream media columnist, Bloomberg's Noah Smith, has written an article about the impending slowdown based on a paper (see excerpt above) by economists Summers and Pritchett.

Mr. Smith is our new favorite because he seems engagingly simplistic, as when he labeled Austrian economics a "brain worm." This coupled with admittedly energetic prose makes him an enjoyable if sometimes exasperating read.

In this editorial, Smith has decided with striking simplicity that China's economy won't slow down much because it is just too big.

He repeats this message over and over, as we can see even from the title of the editorial: "China Is Very, Very, Very Big." He believes repetition creates reality. Here's more:

China is so enormously huge that it would take a calamity far worse than what happened to Japan, or even the USSR, to stop it from becoming the world's largest economy. China's population in 2013 was 1.357 billion while the U. S.'s was 316 million. That's a ratio of 4.29 to 1.

Just to help the reader understand this size disparity, imagine that the U.S. was an average American man, weighing 191 pounds. If population were weight, then China would weigh the same as an 819-pound adult male grizzly bear.

To put it another way, imagine that the U. S. were the JPMorgan Chase headquarters in New York, which is 707 feet (215 meters) tall. If population were height, then China would be 316 feet taller than the Burj Khalifa, which at 2,717 feet is the world's tallest building.

Of course, population and gross domestic product aren't weight or height, so let's put it in slightly more realistic terms. Here is a fact: If every Chinese person of working age had a job for 40 hours a week, 50 weeks a year, those workers would only need to make $9.15 an hour for the Chinese economy to be larger than that of the U.S.

… For China not to become the world's largest economy, it would not take just a slowdown — it would take a collapse on a bigger scale than anything we've seen in recent world history, short of Zimbabwe or North Korea. That isn't impossible, but it seems unlikely.

So those who argue that China's economic dominance isn't inevitable are either A) quibbling about a technicality, or B) forgetting the overriding yet simple fact of China's enormous size.

You see? Smith hammers home the theme that China is so big it simply can't lose. The only trouble with such simplistic analyses is that they are, well … simple. India is big; so is Indonesia. Mongolia is big. Bigness doesn't necessarily predict prosperity.

Singapore is little, as is Hong Kong, but these tiny regions are economic powerhouses. Japan, a relatively small series of islands, possesses what may be the world's third- or fourth-largest economy. The Philippines are islands, too, but they do not dominate as Japan does.

Obviously, there is something beyond size that is at work when it comes to China's prosperity. And that "something," in our view, is the Western model of capitalism that has been imported to China and implemented aggressively for about two decades now.

As we've written, the current Chinese economic paradigm involves printing money and buying US Treasuries. In return, the US has encouraged its consumers to buy Chinese production items.

Inevitably this "virtuous circle" creates considerable inflation in the country making commercial goods. It did with Japan and has done so with China. Chinese price inflation is so overwhelming that developers (and the government) have been building empty skyscrapers and whole empty cities that are rotting away from mold.

Chinese prosperity is determinedly and obviously manufactured by close cooperation with the United States and wholesale adoption of "capitalism."

Modern capitalism involves support from corporations put in place by judicial force and monopoly money-printing that swells the prosperity of the biggest corporations and government agencies.

Now the same recipe, as we have written, is taking place in Africa, where countries will be encouraged to cooperate with an African central bank and African work forces will be assembled to create commercial goods for Western states. Call this meme "Africa Rising."

There will be much conversation in the mainstream about the miracle of capitalism as the African promotion expands – just as there was regarding first Japan and then China. As these "miracles" begin to age, there will also inevitably be conversation about slowdowns, even catastrophic ones.

China is obviously a candidate for such conversation and we have no doubt that sooner or later the Chinese economy will experience the kinds of setbacks that Japan has encountered.

But contrary to Mr. Smith's hypothesis, China's eventual implosion will not merely be a "regression to the mean" but a direct result of overstimulation of the economy via too much money printing.

This sort of business cycle implosion can happen regardless of whether the country is large or small, rich or poor.

Modern business cycle implosions are the result of the modern capitalist paradigm. Far from creating prosperity, this paradigm eventually creates bankruptcy and ruin. Japan has never recovered from the 1980s. The US and Europe haven't recovered from the business-cycle crisis of 2008.

Bigness is not what's driving the Chinese economy, not ultimately. What's been the driver is corporatism supported by monopoly central banking. In fact, this is a volatile system that over time is bound to fail because it is dirigiste rather than free-market.

At this point, we would tend to believe the Chinese system will collapse slowly or quickly over the next several years – and that this will exacerbate European and US economic problems as well.

We also believe that those running and implementing these systems are well aware of their faults and the fairly short timeline ahead. Perhaps the plan is to take advantage of the inevitable global bust to try to implement expanded economic and financial internationalism.

Out of chaos … order. In the meantime, the Wall Street Party will continue. Take advantage of it while you can, if you can. It could end tomorrow or it could travel well into next year and even beyond. China's fate is similarly indeterminate in the short term but not the long.