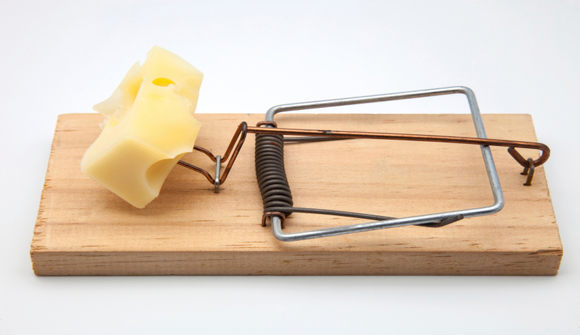 Liquidity evaporates in China as 'fiscal cliff' nears … Unless China changes course, it is set to tighten fiscal policy by 5.5pc of GDP this year, five times Britain's austerity dose annually since the Lehman crisis … Nobody can fault China's leaders for lack of bravery. The Politburo has kept its nerve as the world's most giddy experiment in credit-driven growth faces assault on three major fronts at once. – UK Telegraph

Dominant Social Theme: China will be just fine. It's in good hands.

Free-Market Analysis: We wrote about the China property crash recently, but this follow-up article in the UK Telegraph is noteworthy because it seems to reveal some serious economic dilemmas.

Interestingly, our initial article analyzed an editorial in Bloomberg not long ago that had a similar conclusion. We wrote:

China's property problems have turned from a demand-side issue to a supply-side one. A few years ago, as we and others in the alternative media have pointed out at length, Chinese construction was booming even though demand was lacking. This is partially how China ended up with its "ghost cities" – actually empty or nearly empty cities built apparently on speculation. But now … another phase of the rolling bust has occurred: Chinese builders have stopped building. This is inconvenient for the Chinese Communist Party, which is determinedly trying to keep the Chinese economy "expanding.

What the Telegraph article adds to the mix is the information that some of China's economic difficulties are the result of specific central bank tampering: And that this is not generally understood yet in the West. (Many may believe that China has already turned on the liquidity taps once more – but not so.)

Put together, China is pursuing the most contractionary mix of economic policies in the G20, relative to the status quo ante. Collateral damage is already visible in the sliding global prices of iron ore, copper, nickel, lead and zinc over recent months, as well as thermal coal, oil, corn and even sugar.

Zhiwei Zhang, from Deutsche Bank, says China faces a "fiscal cliff" this year as Beijing attempts to rein in spending. "This year, China will likely face the worst fiscal challenge since 1981. This is not well recognised in the market," he said.

The International Monetary Fund says China's budget deficit topped 10pc of GDP in 2014 if measured properly, including borrowing by the regions through "financing vehicles" as well as land sales – a patently unsustainable form of funding that makes up 35pc of local government revenue. This is the highest deficit of any major country in the world, and far above safe levels.

China must cut spending because otherwise price inflation is going to become increasingly more difficult to control – even as the economy itself shows no sign of a rebound. In the West, this has been known as "stagflation."

Unfortunately, government spending makes up a goodly portion of the gross Chinese outlay. China is being squeezed by a lack of foreign demand and an inability to generate domestic demand. The third leg of the stool has been government spending – but that's the part that is under attack now.

A budget squeeze is already emerging as the property slump drags on. Zhiwei Zhang says land revenues fell 21pc in the fourth quarter of last year. "The decline of fiscal revenue is the top risk in China and will lead to a sharp slowdown," he said.

The article also alludes to "a decline in China's electrical, mechanical and car industries." It suggests some might find this surprising, but really … no. With the collapse of foreign demand still an ongoing problem some six years later, where is China going to find markets for its vast production?

Chinese leaders announced several years ago that they would find demand internally – that China would accomplish a truly remarkable feat – turning from a staunchly anti-consumer society to a society that is virtually demanding its citizens consume non-stop. All this inside of 75 years!

Now the Telegraph paints a grim statistical portrait: "The denouement is well under way. Home prices fell 3.1pc in January from a year earlier. Average sales have dropped 7pc from a year ago in the large Tier 1 cities, 22pc for Tier 2 and 15pc for the Tier 3 towns …The inventory overhang has risen to 18 months, three times US levels. New floor space has dropped 30pc on a three-month moving average."

We've been predicting this sort of implosion for years, but China is an immense country with the world's largest population. The economy is like a gigantic boat that takes a long time to turn. Now it is turning …

Along with the rest of Asia, if this article is to be believed. "Nomura's Rob Subbaraman says housing booms in India, Hong Kong and Taiwan all match or exceed the US bubble in 2008, with Malaysia not far behind. " Asia, he notes, "is setting itself up for a major credit crunch."

Asian investors have decided, for some reason, that China will always have the wherewithal to provide increased liquidity. Subbaraman's downbeat response: "We believe there is creeping investor complacency. We assign a one-in-three chance of a hard landing – growth averaging 5pc or less over four quarters – starting within the next two years."

Top Chinese officials are not complacent – but there may be little they can do. They are tightening rapidly this year and the article explains that "new regulations came into force in January that prohibit local governments from raising money off-books." This supposedly is similar to the kind of fiscal contraction that Greece has endured at the hands of the EU!

"They will have to find some way to manouvre around this, because they can't let it happen. But there are certainly risks," said Mark Williams, from Capital Economics. China cannot easily crank up monetary stimulus to cushion the fiscal shock because the "efficiency" of credit has collapsed. The economy is saturated. Extra growth generated by each extra yuan of loans has dropped from a ratio of 0.8 to 0.2 since 2008.

This is a classic scenario. China, as we pointed out recently, is beginning to push on the proverbial string. When consumer demand is tapped out, it is difficult in the short term to revive it because most consumers are simply top-heavy with debt.

The article quotes observers as saying that most borrowing is going to pay down debt, not towards assuming new obligations. "Total credit has already risen from 100pc to 250pc of GDP in eight years to $26 trillion."

Not only that, but recent interest rate cuts by The People's Bank of China (PBOC) that have reduced the seven-day interest rate to 5.5 percent from 7 percent is probably not going to do any good, either. The Chinese central banks can slash rates but when money is growing more expensive in the real world, then such liquidity really doesn't have an impact.

And here's another point made by the article: China has stopped buying US Treasuries and global bonds. It is actually selling, not buying. Of course, China is also buying gold, too, and the government's position (including the banking system, which is covertly and overtly run by the government) may not be as desperate as this article indicates.

But all the problems that the alternative media (and The Daily Bell in particular) have been warning about are seemingly beginning to form massive thunderclouds that could give the Chinese economy a thorough drenching.

China's initial mistake was adopting a Keynesian system and applying it aggressively starting some 30 years ago or so. But as in the West, this system merely piles up liquidity without ever letting bad companies collapse. Over time, people don't know what companies are solvent and which ones are not.

Additionally, over time, economies tend to deflate when confronted by monetary debasement. This happens as asset bubbles collapse. As economies move south, the debt overhang becomes more prominent. China's consumer and government debt is sizeable now and getting bigger.

If the government prints to counteract these implosive forces, then there's the risk of a major outbreak of price inflation. The most obvious solution would be to devalue. But the article points out that a formal devaluation would be a considerable shock to the world's economy. Nonetheless, we would bet over time that an informal devaluation might take hold in China – perhaps a piecemeal one.

China is no longer manufacturing trinkets for the Western world. And the idea that the Chinese themselves would buy its own industrial production has proven to be the chimera. The consumerist, Keynesian model that Chinese leaders adopted has predictably proven to be a failure – as it is always a failure.

The only question remaining seems to be how bad the bust is going to be and how long it is going to last. Japan's "bust" in similar circumstances began in 1987 and the country's economy is still unwinding today.