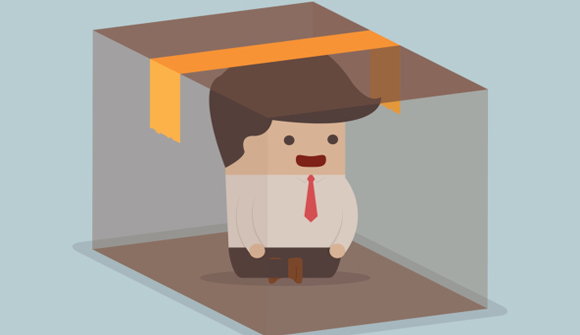 Chris Christie said Saturday that if elected president, he will track immigrants who overstay their visas like FedEx packages.

"I'm going to have Fred Smith, the founder of FedEx, come work for the government for three months. Just come for three months to Immigration and Customs Enforcement and show these people," the New Jersey governor said at a town hall event here.

"You go online and at any moment, FedEx can tell you where that package is," he said. "Yet we let people come into this country with visas, and the minute they come in, we lose track of them."

Christie added, "We need to have a system that tracks you from the moment you come in and then when your time is up," he said. "However long your visa is, then we go get you and tap you on the shoulder and say, 'Excuse me, it's time to go.'" – CNN Politics, Aug. 31, 2015

The presidential race is already entering silly season. Wisconsin Gov. Scott Walker wants to build a wall spanning the U.S.–Canada border. Do we have a problem with Canadians sneaking into the United States to take our coffee and donuts? No, of course not. Canadian people have Tim Horton's. They do not need our pale imitations.

New Jersey Gov. Chris Christie has an even wackier idea. He starts out correctly by recognizing visa overstays are a bigger problem than people crossing undefended borders. His solution, however, is no more practical than Walker's Great Wall of Wisconsin.

Christie notes that FedEx can track boxes better than the U.S. tracks immigrants. A normal person would say this is obvious. Packages are inanimate objects that stay in direct FedEx custody 24/7 until delivery, while immigrants are human beings and not so easily corralled.

Christie is not a normal person. He observes bar codes and scanners at every stage of the journey working for FedEx, and presumes they will suffice to track immigrants, too. It's obvious. He'll bring in Fred Smith to straighten out those clueless bureaucrats. It will take only three months.

Now, setting aside the many differences between people and packages, let's think about this. The technology Christie mentions does exist. Many states use ankle bracelets to track prisoners on parole. Can the government scale this technology to track millions of foreign workers on temporary visas? Probably so, if money is no object – and you can bet it won't be.

That being the case, why stop with immigrants? We know from Christie's support of warrantless wiretapping and telephone metadata collection that he has little respect for anyone's privacy. If given the ability to track immigrants, we can safely assume Christie will use it to track citizens, too. Think of all the tax evaders he will reel in.

Much like Christie's presidential campaign, his immigrant-tracking idea is going nowhere. He likely knows this. He wanted to make a broader point that private companies use technology more effectively than the government does.

That is also true, but misses an even greater point. Should we want government to be more effective and efficient? Its incompetence is often the only thing saving us from ruin. The last thing we need is a federal government that knows what it is doing… especially if Chris Christie is the one in charge of it.