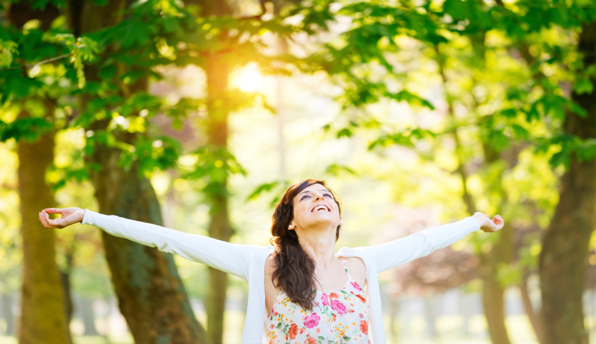 The CIA spying scandal and the disintegration of American democracy … Last Thursday, the US Department of Justice quietly announced that it would not launch a criminal investigation following the revelation in March that the Central Intelligence Agency (CIA) had spied on the staff of the Senate Intelligence Committee. News of this decision—which concerns one of the most significant constitutional breaches in modern American history—was barely reported in the establishment media and prompted no significant response from any section of the political establishment. – World Socialist Website

Dominant Social Theme: Let's not talk about the obvious problem of legislative blackmail.

Free-Market Analysis: We cover dominant social themes and often you find these in the mainstream media. But sometimes a meme is revealed by its absence.

One such case is this article posted at the World Socialist Website, which provides us with an elite theme that has not really been reported on elsewhere, or not at length.

The Obama administration's decision and the acquiescence of the rest of Washington underscore the reality, behind the trappings of democracy, of de facto rule by an unelected and authoritarian military-intelligence apparatus. The military and intelligence agencies that preside over a vast global enterprise of violence and deceit operate in secret without any accountability or restraint, no matter which party controls Congress and the White House.

Obama himself—whose first job after graduating from college was as an analyst at Business International Corporation, an institution with well-documented CIA connections—functions in practice as a front man for the military and intelligence bureaucracy. Just last week he responded to the crisis in US-German relations triggered by the revelation that the CIA had recruited operatives to spy on the German Secret Service by declaring he had no knowledge of the CIA operation, raising the question of who runs the country.

Obama elevated John Brennan, who presided over the illegal spying on Congress, to head the CIA. As a high-level CIA official in the Bush administration, Brennan had defended the use of "enhanced interrogation techniques" (i.e., torture) against people accused of being terrorists.

Obama himself, from the moment he took office, worked to shield Bush-era criminals from investigation or prosecution.

The CIA's spying on Congress is a flagrant violation of the US Constitution's bedrock principle of separation of powers. As American high school students were once taught in civics classes, the basic theory of American constitutional government is that tyranny can be prevented only by dividing state power among three independent branches—the legislature, executive, and judiciary—each with its own limited powers regulated by a system of checks and balances.

The CIA spying scandal is particularly striking because the CIA's target is not just any congressional committee—but the very Senate committee charged with oversight of the CIA.

This excerpt pushes a lot of proverbial political buttons, especially in terms of its description of President Obama and the limitations of his power. At this point in the "American experiment" it is surprising that anyone who ponders the country's political structure can believe that it is animated by a clash of "ideas."

No, it is a blood sport attracting people who want to wield power and are amoral about the methodologies they use. Supposedly, Hillary Clinton had FBI files pulled and copied so that she and President Clinton had dossiers on most people in Congress and others as well.

In fact, J. Edgar Hoover and the FBI were the originators of this sort of political-power approach. But in this Internet era it has gone far beyond hand-scrawled files. Wiretapping, computer spying, digital photography … it is all fair game in a town that does not discriminate when it comes to "dirty tricks."

The article's analysis is credible and canny. It only goes off the proverbial rails toward the end when it begins to offer solutions, beginning with some observations by the Communist Trotsky.

In 1929, Leon Trotsky explained that the rise of dictatorial tendencies in Europe reflected the breakdown of democratic forms of rule under conditions of heightened class tensions as well as sharpening conflicts among the imperialist powers.

"By analogy with electrical engineering," he wrote, "democracy might be defined as a system of safety switches and circuit breakers for protection against currents overloaded by the national or social struggle. No period of human history has been—even remotely—so overcharged with antagonisms such as ours … Under the impact of class and international contradictions that are too highly charged, the safety switches of democracy either burn out or explode. That is what the short circuit of dictatorship represents."

The CIA scandal represents the burnout of just such a democratic circuit breaker, under conditions of a toxic combination of militarism abroad, growing social inequality at home, and the rise of a criminal and unaccountable financial aristocracy.

… The intervening years have seen the growth of unbridled state spying on the personal, political and social activities of the American people; the assassination of US citizens and thousands of "targeted killings;" rendition, torture and indefinite detention. Now the entire political establishment acquiesces in the trampling of the Constitution by the government's military-intelligence apparatus.

… The working class must halt the drive to dictatorship and defend its democratic and social rights by mobilizing itself as an independent political force in the struggle for socialism.

This is where we part company. The idea that the "working class" can mobilize as an independent force sounds better in theory than practice. The reason that these types of articles – and publications – have little clout in this day and age is because their prescriptions have proven wanting. They've been tried and the results have been disappointing.

It is probably not too far-fetched to speculate that one way or another all the current "isms" were to a degree developed as promotional memes designed to distract from the reality of an appropriate solution.

And what might that reality be? Human action, of course. What ails the US system – the West's regulatory democracy generally – is that it is not a credible kind of governance. Just as the Gutenberg Press reduced the Divinity of Kings, so the Internet has exposed the difficulties with regulatory democracy.

The idea that one can vote once every two to six years and have any meaningful influence on laws and regulations is increasingly dubious for those who have absorbed the spectacle of democracy from the ringside seat that the 'Net has provided this past decade.

In the end, no matter the system or culture, one can only influence oneself and a close familial and communal circle besides. Control is a local endeavor that takes constant input. Fedgov's power, while enormous, is wielded on behalf of a power elite that manipulates regulatory democracy around the world in the cause of further internationalism.

Are we surprised to find the intel agencies are actually the ones in control because they have the legislative authority and technical skills to generate an increasingly thorough surveillance of Congress and the US's ruling classes generally?

We are not. Even Western intel facilities are mere tools – not where the real power resides. That power is located to begin with in the City of London where the great banking elites and their corporate minions have set up a globe-spanning power structure.

It is necessary, as Harry Browne once wrote, to "live free in an unfree world."