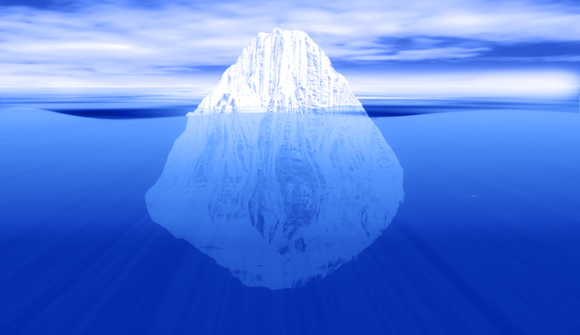 STAFF NEWS & ANALYSIS
CIA Torture Is But the Tragic Tip of the Proverbial Iceberg
By Staff News & Analysis - December 10, 2014

To deter U.S. from torturing again, those involved should be prosecuted … The publication of the long-awaited summary of the Senate Intelligence Committee report on the CIA's torture provides a useful moment to consider the lessons learned from this sorry chapter in American history and the steps that might be taken to avoid its recurrence. With the truth now told about this blatantly illegal policy, President Barack Obama has a chance to reverse his misguided refusal to prosecute the officials who authorized the torture, ending the impunity that sets a horrible precedent for future United States presidents and governments worldwide. – Reuters

Dominant Social Theme: This torturing is entirely anomalous and not worthy of the Republic.

Free-Market Analysis: So now it is general knowledge that the US tortured throughout the Bush administration … and beyond.

The publication of this information by the Senate Intelligence Committee is generating a massive wave of indignation around the world.

The US has long been seen as a kind of military-industrial "bully" and this report only reinforces that perspective.

There will undoubtedly be much debate about its finding that torture did not "work" — that it produced little if any intelligence of value that was not or could not have been obtained by lawful means. It is disappointing that the nation must even have this discussion, given the strength of the legal and moral prohibitions of torture and other ill-treatment. The Geneva Conventions, for example, forbid them absolutely, even in time of war. But when facing a serious security threat such as the September 11, 2001 attacks, it can be tempting to rationalize the illegal and immoral as necessary, so this finding is important.

The CIA vehemently contests this conclusion. It insists that torture — or, to use its preferred euphemism, "enhanced interrogation techniques" — did produce actionable intelligence, but of course it cannot tell us the details because they are classified. Yet it should give us pause that a majority of the Senate Intelligence Committee, as well as respected senators on both sides of the aisle, concluded that torture was ineffective, while the greatest proponents of its utility were the torturers themselves. The disputed pragmatic argument provides a weak rationale to breach so fundamental a prohibition as the ban on torture.

The CIA also objects to any after-the-fact suggestion that its enhanced interrogation techniques constituted torture. It argues that it was entitled to rely on legal opinions issued by the Justice Department's Office of Legal Counsel asserting that these techniques were not torture. But the Senate report shows those techniques to have been harsher and more brutal than the CIA revealed at the time, and it has previously been shown that the CIA had begun using many of those techniques even before the OLC opinion.

Moreover, anyone who reads the notorious "torture memos" readily sees them as strained, intellectually dishonest attempts to justify the unjustifiable. Their aim was to lay the foundation for precisely the legal defense to torture that the CIA now advances — that it relied on legal advice from the authorized executive branch office, so it is unfair to second-guess it now. But any soldier in wartime knows it is wrong to follow a blatantly illegal order. The CIA's leadership should have done no less.

Still, it is regrettable that those senior George W. Bush administration lawyers have escaped accountability for their complicity in torture, given their obligation as public officials and their ethical duty as lawyers to uphold the law.

The paragraph above suggests that Bush administration officials be prosecuted for CIA torture, along with, of course, CIA officials themselves. But this is surely part of a larger "limited hangout."

The idea that CIA actions were in some sense anomalous doesn't seem logical when scrutinized within the larger context of the US security state and those who populate it.

We are expected to believe that this sort of CIA action does not reflect the larger system of federal governance and its various secret spying programs.

But unfortunately, one can make an argument that it does.

Begin with the incarcerated population in the US, which is the largest in the world by far. The six million or so in various stages of incarceration are actually part of a growing system of slave labor that uses prisoners without compensation.

Then there are the constant wars in which the US in particular is engaged, literally hundreds of wars and skirmishes that destabilize populations and poison opposing forces and families alike with depleted uranium weapons and other horrors.

Cultures are undermined, countries are remapped and political systems are upended. People flee or suffer from various kinds of violence and even genocide. This is all seems deliberate and is part of the system that has produced the current report on CIA torture.

But there is more. The CIA defends the report by justifying the actions of the agency based on its determination to protect US citizens against further terrorism. But there is considerable question as to who or what caused the World Trade Towers to be attacked, and there are plenty of people who do not believe that Al Qaeda was involved or was only tangentially so.

Instead of trying to get answers about 9/11, the CIA simply took what appears to be "common wisdom" at face value and spent the next years attempting to capture potentially innocent Islamic individuals who were then tortured to reveal damaging information that was either made up or exaggerated.

The deepest interpretation of CIA torture has to do with domestic intimidation. US journalists abroad became well aware that they could be seized via "rendition" and spirited away to various torture centers because they were legitimately investigating anti-democratic agendas of the CIA, FBI, NSA, etc.

The idea, again, according to some, was to intimidate what was left of the Western mainstream (and alternative) media. The War on Terror and its various expanded facilities using this logic were never aimed at Middle Eastern terrorists but at those who wished to report on the expansive and illegally supported sociopolitical "terra-forming" abroad.

Elements of this larger government enterprise are likely still in place and will continue to be even if the CIA is made to yield up some "fall guys." As a result, the domestic and international structure of intimidation could remain basically unscathed.

Disinformation, intimidation and physical harassment and worse will continue to pursue those who are brave enough or desperate enough to try to expose the gamut of illegal operations sponsored by the larger Anglosphere military-industrial complex.

This report exposing CIA terror and torture is certainly a step forward. But the CIA does not exist in a vacuum. The reality of CIA malfeasance is shared by dozens of other US and Western agencies.

There is little likelihood that Congress, which is also culpable, will do anything to root out the larger corruption and violence infecting the US security state and its increasingly supine judiciary.

And that is yet another reason that those who fear and abhor what Anglosphere actions and goals will redouble efforts to secure their assets and family affairs outside of Western influences whenever possible.

One may not fully be able to disassociate oneself from the global and domestic depredations of the West, but one can make the attempt – and succeed at least partially.

Isn't that better than not trying at all?