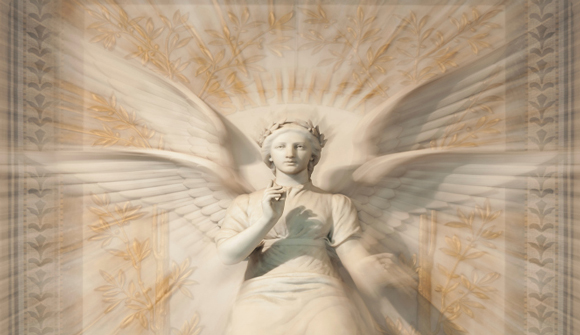 STAFF NEWS & ANALYSIS
Citi Should Worry About the End of Central Banking Instead of Yellen
By Daily Bell Staff - October 13, 2016

Citi Is Worried About the Political Winds Blowing Against Yellen … A premature exit? … Citigroup Inc. on Tuesday posed an unspeakable question: will a political storm sweep Federal Reserve Chair Janet Yellen after the election that will force her to quit before her term ends in February 2018? -Bloomberg

Citi claims to be worried about the demise of Janet Yellen as Fed head but actually its top officials – the ones who report to London’s City – are more worried about the gradual unwinding of central banking itself. They wish it to take place, but they are attempting to manage it carefully from what we can tell.

We wrote yesterday here about the unwinding of the Western – and US – political system. However, we didn’t fully explain the realities of the demise of politics at the time. In fact, it is all a balancing act. Modern elites control the formal societal conversation and the Internet has corroded their control – both politically and economically.

They have taken steps to address their loss of  control by centralizing Internet facilities via Facebook, Google, etc. and by expanding economic chaos and war worldwide. But in the meantime, they continue to struggle.

Ideally, elite programs would be proactive, not reactive. They would be moving on their own terms and using their own timing.

It is true that elites intend to tear down current sociopolitical and economic structures on the way to creating world government. But that doesn’t mean they want the credibility of their memes to be rendered dysfunctional. Or at the very least they want to be in control of the process, which they seemingly are not now, not entirely.

And thus they worry.

They worry about the independence of the Federal Reserve and of  Yellen, or at least give the appearance of doing so.

They worry about Brexit and Trump or at least give the appearance of doing so.

Now one can make the argument, and we have, that larger memes are at work. By passing Brexit and perhaps electing Trump, elites will be burnishing a new and important meme: Populism versus Globalism. We’ve written about this in numerous articles.

The idea is that “populism” gives technocratic globalism an antithesis that will yield eventually a synthesis. That’s how the elite dialogue works after all. The desired result (globalism) needs an opposite, operative narrative to react against.

But creating such narratives, if that is what’s taking place, is often fraught with risks. Narratives are not perfectly controllable and in this Internet Era, they can become dangerous to the powers-that-be.

Amid one of the most polarized U.S. elections in living memory, monetary policy has been thrust firmly into the campaign limelight. Republican nominee Donald Trump has attacked Yellen in highly personal terms, questioned the independence of the Fed, and suggested the Chair could be replaced with a partisan choice under a Trump administration …

“Calls to limit the power and monetary policy independence of the Fed are not new,” the analysts, led by Dana Peterson, wrote in a research note published this week. “However, recently intensified scrutiny of Fed activities and policy decisions, especially amid the 2016 election season, has prompted speculation that Fed Chair Yellen may exit her position and the board itself, sooner rather than later.”

What Citi is supposedly worried about here is that Yellen and the Fed might lose “independence” and that central banking might end up being run by Congress. This kind of move might be driven by consumer anger and misery.

It is nonsense that those at the top of Citi have any real concern about the Fed losing its independence because it doesn’t have any to begin with. Trump  seems somewhat anti-Fed and that is all to the good, as the Fed fixes the price of money and as such must always create currency debasement. Under the Fed, the dollar has lost all but about two cents of its value.

But Trump doesn’t go nearly far enough. And if one is partial to conspiracy theories, one can even speculate that he is being instructed to attack Yellen to further the Fed’s instability. The Fed and the dollar both have to fall for true internationalism to proceed.

The Fed like all central banks has always been subject to trickery and double-dealing. From the very beginning its history was not what it seems. The Fed was created by bank financiers who wore masks on their way down to meet together at Jekyll Island. They called their project a “federal reserve” because people were against the concept.

The hid their identities and mislabeled the Federal Reserve because what they were doing was wrong. They were creating an engine of monetary and price inflation that over time would break the middle class, ruin the dollar and eventually destroy the US itself.

This would be the inevitable result of monetary price fixing – which is the real Fed’s real authority and power.

There are central banks like the Fed all over the world now. Many are not “independent” and really that doesn’t matter. One merely needs to keep in mind that central banks are agencies of destruction to understand fully what has taken place.

In every nation and region where there is a central bank, the nation state and its citizens will eventually find survival difficult if not impossible. People will be given a choice. Either they cooperate to create a more fully globalized world or they and their families will face extinction.

This will not take place overnight, of course. And that is why Citi will continue to voice concern over central banking, and perhaps even Yellen. Citi and those who run it want to be in charge of the inevitable destruction. They certainly don’t want Congress to take over and initiate an uncontrollable investigation into the reality of central banking and its criminality.

Conclusion: Ultimately, Citi’s priority is not fending off the leave-taking of Yellen or the ruin of domestic central banking … but managing the creation of a global central bank and the international authoritarianism that comes with it. That’s its real concern. The rest is “window dressing.”