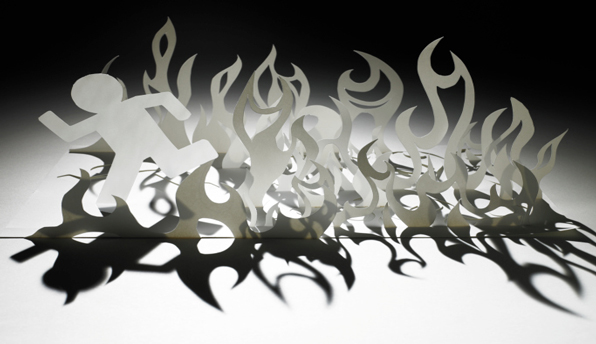 Final fed climate report will present dire picture … The Obama administration is more certain than ever that global warming is changing Americans' daily lives and will worsen – conclusions that scientists will detail in a massive federal report to be released Tuesday. – AP

Dominant Social Theme: Times are grim and getting hotter.

Free-Market Analysis: The US government is reportedly about to release the grimmest study yet of climate change/gobal warming. Of course, these studies are not the same as "evidence." They are a compilation of data and opinion.

The same sort of approach is used to create the famously controversial UN IPCC climate reports. Yet it is very difficult to prove climate changes except in hindsight – and probably over centuries. Current efforts at ascertaining climate change study decades, and do so using questionable analysis.

Nonetheless, reports continue to be issued by the UN and Western governments – especially the US – that continually emphasize the disasters that global warming is creating.

This US report is apparently one of the grimmest yet. And like other reports of late, it is striking a harsher tone of urgency. Here's more:

Once people thought global warming was more in the future and more of an issue in other parts of the world, but the National Climate Assessment will emphasize how the United States is already paying the multibillion-dollar price for man-made climate change, said study co-author Donald Wuebbles, a climate scientist at the University of Illinois.

This final report is a rewritten and shortened version of a draft that was released in January 2013, with more scientific references, reviews by experts and the public, and a thorough review by the National Academy of Sciences, said Wuebbles and report lead author Gary Yohe of Wesleyan University in Connecticut.

There is even stronger evidence than in 2013, Yohe said. The draft came out just as meteorologists calculated that 2012 was the hottest year on record for the United States, but last year was slightly cooler than the 20th century average. And in the time since the draft report was released, the United States has seen lots of extremes.

… It is too early to point directly at the near-record California drought as another sign of global warming, but it fits the pattern, Yohe and Wuebbles said. The Obama administration will likely use the 840-page report as scientific justification to reduce emissions of heat-trapping gas from the burning of fossil fuels, such as coal, gas and oil and to encourage local communities to adapt to changes in the climate.

White House counselor John Podesta called it "the most authoritative and comprehensive source of scientific information" on how climate change will hit all parts of the nation and the economy. "Hundreds of the best climate scientists from across the U.S., not just in the public sector but in the private sector as well, have worked over the last four years to produce this report," Podesta said in a Monday briefing at the White House. "This assessment is about presenting actionable science."

Notice the emphasis on expertise of the "best climate scientists." The underlying meme here is that "experts" can use their considerable skill to make accurate forecasts.

The "expert" meme is a foundational one used to justify various economic, political and military gambits. It is a mechanism of directed history that justifies ongoing – and increased – globalization. Climate change – global warming – is surely a tool of internationalist forces. It is a global problem that demands worldwide infrastructure to combat.

That doesn't make it any more truthful, however. There have been thousands of scientific debunking analyses of global warming and for every alarmist factoid there is likely a rebuttal. Not so long ago, Forbes posted an article replying to the latest IPCC study. The group presenting the anti-alarmist analysis is called the Nongovernmental International Panel on Climate Change (NIPCC) and was founded in 2003 by a climate physicist, S. Fred Singer.

Forbes provided a series of conclusions from both groups:

NIPCC: "Flood frequency and severity in many areas of the world were higher historically during the Little Ice Age and other cool eras than during the twentieth century. Climate change ranks well below other contributors, such as dikes and levee construction, to increased flooding."

NIPCC: "There is little or no risk of increasing food insecurity due to global warming or rising atmospheric CO2 levels. Farmers and others who depend on rural livelihoods for income are benefitting from rising agricultural productivity throughout the world, including in parts of Asia and Africa where the need for increased food supplies is most critical. Rising temperatures and atmospheric CO2 levels play a key role in the realization of such benefits.

IPCC: "Risk of severe harm for large urban populations due to inland flooding."

NIPCC: "No changes in precipitation patterns, snow, monsoons, or river flows that might be considered harmful to human well-being or plants or wildlife have been observed that could be attributed to rising CO2 levels. What changes have been observed tend to be beneficial."

IPCC: "Risk of loss of rural livelihoods and income due to insufficient access to drinking and irrigation water and reduced agricultural productivity, particularly for farmers and pastoralists with minimal capital in semi-arid regions."

With so much controversy surrounding climate change "facts," you would think governments would be more cautious about proposing radical solutions to problems that may not exist – especially the Obama administration, which is already embattled on many fronts.

On the other hand, perhaps that's the point. We've often noted that in the Internet era, dominant social themes are becoming more obvious and their enforcement more clumsy. Exposure seems to provoke stubborn insistence on promotions that are otherwise failing.

Whether this will prove a viable strategy remains to be seen.