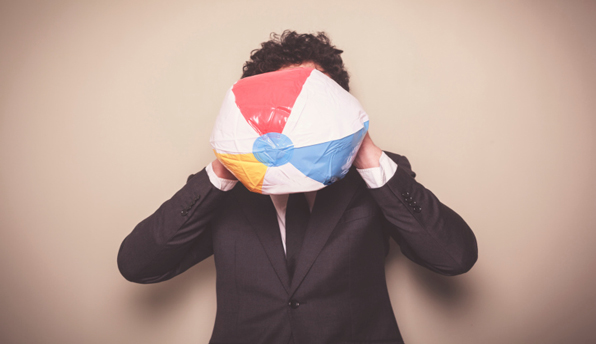 "Cluster Of Central Banks" Have Secretly Invested $29 Trillion In The Market … Another conspiracy "theory" becomes conspiracy "fact" as The FT reports "a cluster of central banking investors has become major players on world equity markets." The report, to be published this week by the Official Monetary and Financial Institutions Forum (OMFIF), confirms $29.1tn in market investments, held by 400 public sector institutions in 162 countries, which "could potentially contribute to overheated asset prices." – ZeroHedge

Dominant Social Theme: Stock markets are going up because of natural "animal spirits."

Free-Market Analysis: For many years, we've been writing that Western stock markets are pushed upwards via central bank money printing. So the idea that central banks are directly holding equities is no surprise.

What is slightly surprising is that the OMFIF is being allowed to publish data confirming central bank money holdings. The size of these holdings is phenomenal and our deepest wish is that it will silence nattering about "stock picking."

It won't, of course. We'll still be subject to regular profiles – we're sure – of people who simply have a knack, mathematical or otherwise, for "investing."

What else? This article will have a certain half-life and then likely be conveniently forgotten by the mainstream media that wants to maintain the "meme" that stock investing has to do with "fundamentals" not central bank money flows.

China's State Administration of Foreign Exchange has become "the world's largest public sector holder of equities", according to officials, and we suspect the Fed is close behind (courtesy of more levered positions at Citadel), as the world's banks try to diversify themselves and "counters the monopoly power of the dollar."

… While most have assumed that this is likely, the recent exuberance in stocks has largely been laid at the foot of another irrational un-economic actor – the corporate buyback machine. However, as The FT reports, what we have speculated as fact for many years now (given the death cross of irrationality, plunging volumes, lack of engagement, and of course dwindling credibility of central planners)… is now fact…

Central banks around the world, including China's, have shifted decisively into investing in equities as low interest rates have hit their revenues, according to a global study of 400 public sector institutions.

"A cluster of central banking investors has become major players on world equity markets," says a report to be published this week by the Official Monetary and Financial Institutions Forum (Omfif), a central bank research and advisory group. The trend "could potentially contribute to overheated asset prices", it warns.

The report, seen by the Financial Times, identifies $29.1tn in market investments, including gold, held by 400 public sector institutions in 162 countries.

… In Europe, the Swiss and Danish central banks are among those investing in equities. The Swiss National Bank has an equity quota of about 15 per cent. Omfif quotes Thomas Jordan, SNB's chairman, as saying: "We are now invested in large, mid- and small-cap stocks in developed markets worldwide."

To summarize, the global equity market is now one massive Ponzi scheme in which the dumb money are central banks themselves, the same banks who inject the liquidity to begin with. That said, good luck with "exiting" the unconventional monetary policy. You'll need it.

We agree with this analysis right up until the end. Our presentation of the current "Wall Street Party," has been offered within a context that people CAN take advantage of the market's current hyper-stimulation, and that indeed this may not just be a "party" but the Last Party. After this latest blowout comes a crash that may usher in a far more globalized system of finance.

We see this as part of an orchestration, a kind of directed history. Equity markets are being moved up in concert around the world and the idea this is simply coincidence doesn't make much sense to us. Top bankers meet every month or more in Switzerland to "coordinate" activities. These asset expansions are not created in a vacuum.

You won't read about it in the mainstream media, however. There is always a reason why stock markets go up having to do with "fundamentals." At the beginning of June, the US economy seemed to be producing additional demand and analysts seized on the numbers to justify market appreciation. Here from CNBC:

"I don't think investors have even begun to appreciate this better economic news," said Don Luskin, chief investment officer at Trend Macro, pointing to better-than-expected new factory orders and auto sales reports released Tuesday. "We have been conditioned by five years of a crumby recovery to this idea that we're going to have 2 percent growth as the new normal," Luskin said on "Squawk on the Street."

"Folks, the age of the 'new normal' is over." General Motors and Ford Motor shares climbed after both automakers reported sales that rose above estimates in May. To Luskin, these signs of a strengthening U.S. economy are just the beginning.

"We are about to see a sequence of beat after beat after beat on all the macro numbers. We are going to have quarters in 2014 and 2015 where real GDP has a five handle," he said. "The stock market has it right by being at new all-time highs. The bond market is the one that has it wrong."

Despite the strong economic indicators, stocks shaved their losses in midday trading Tuesday. The problem, Luskin said, is that investors are just too focused on what could go wrong instead of appreciating what's been going right. "Investors are still paranoid about the downside," he said. "The downside is gone."

Richard Bernstein, CEO of Richard Bernstein Advisors, agreed that after having to muddle through the economic recovery following the 2007-2009 recession, investors have become a little too negative. "Everybody is still more concerned about protecting against the downside than about accentuating the upside," Bernstein said. "I don't think you've ever gotten a market top where people have been more worried about protecting against the downside."

People are negative because the markets are obviously responding to stimulation rather than news about fundamental economic health. In fact, markets haven't responded to "fundamentals" since 1913 when the Federal Reserve was founded.

The Fed really went to work in the Roaring Twenties – though at the time, the stock market appreciation was seen as part of the fruits of modernity. It is ever thus. When markets go up, it is because the economy is leading the way.

Those running central banks are determined to continue this "rally" – just as we have been predicting for nearly the past year. That's why we've predicted it will continue and maybe grow stronger.

The same people printing the currency are inflating the stock market. 'Nuff said …