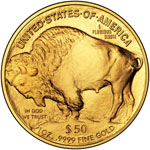 The Baku-Tbilisi-Ceyhan pipeline, 1,100 miles long, transports 850,000 barrels a day of oil, or one percent of global supplies, from Azerbaijan through Georgia and Turkey, ending at the port of Ceyhan on the Mediterranean. Much of the oil is bound for Europe and the United States. The oil comes from several fields in Azerbaijan, offshore in the Caspian. The line, which cost $4 billion to build, also carries some oil from Tengiz that is barged across the Caspian. … There have also been unconfirmed reports in recent days that Russian planes had targeted the pipeline, although BP has said the line was not hit. BP said on Wednesday that it would take a week to determine how long the pipeline will remain shut. Other investors in the pipeline are Socar, the state-owned oil company of Azerbaijan; Chevron; ConocoPhillips; StatoilHydro, from Norway; ENI, from Italy ; and Total, from France. Russia, which is flush with petrodollars because of the rise in the price of oil, has not been afraid to flex its muscle in recent years to bring its neighbors in line. Two years ago, Gazprom, the national oil company then run by Dmitri A. Medvedev, now the Russian president, cut off natural gas supplies to Ukraine in the winter because of a price dispute. That had a knock-on effect in Europe, where many policy makers began questioning their reliance on Russian natural gas, although there was no consensus on what to do. One proposal, favored by the United States, has been to build a natural gas pipeline parallel to the BTC line. "For the Europeans, the Ukraine gas crisis was like a snooze alarm," said Frank A. Verrastro, the director of the energy and national security program at the Center for International and Strategic Studies in Washington. But Mr. Verrastro, a former senior executive with Pennzoil, said it would be very hard now to build a new Western pipeline. "We got BTC because there was a confluence of commercial and diplomatic interests," he said. "But the United States didn't learn the right lessons. They thought that all you had to do was lean on these countries and a new pipeline would happen. But that was an abject failure." He added: "There is a shift happening in the marketplace. We need a Plan B. But we don't have a Plan B." – NY Times

Dominant Social Theme: It's all so complicated and fraught with risk. That's why oil costs so much.

Free-Market Analysis: Here's a plan B. Drill in Mexico and the United States.

Let's look into this find …

The U.S. Geological Survey just published its official results of a groundbreaking study. Its report confirmed a massive oil reserve in an area the locals have nicknamed the "Bakken," which stretches across North Dakota, Montana and southeastern Saskatchewan. The new USGS study estimates a whopping 3.65 billion barrels of oil in the Bakken… but here's what they didn't mention: The reported 3.65 billion barrels of oil mean estimate is for 'undiscovered' oil only, and doesn't include known oil, such as reserves. In fact, the study reports a 25-fold increase in the amount of oil that can be recovered… compared to the agency's estimate back in 1995. Discovered over 50 years ago, the Bakken deposit – once impossible to extract – is now being hailed as the single largest oil find in US history. That's because, today, thanks to breakthrough drilling techniques like horizontal drilling, the Bakken's oil shales can be extracted relatively cheaply. When that happens, this light, sweet oil will cost Americans just $16 per barrel! August 17th, 2008 – Energy & Capital

How about this one …

U.S. reliance on foreign oil production could be reduced by chemically mapping the subsurface streams of hydrocarbons, amounting to tens of billions of barrels, hidden well below the Gulf of Mexico, a Cornell geologist reports. These untapped oil and gas reserves can be found by matching hydrocarbon chemical signatures with geologic models for stratigraphic layers under the sea floor, said Lawrence M. Cathles, a professor of chemical geology at Cornell. "The undiscovered gas and oil potential of the Gulf of Mexico is very large," said Cathles. "We have produced only a small fraction, and the deep-water potential for finding more there is big. In terms of potential, it is bigger than the North Sea. It's about as big a deal as there is." Cathles presented his findings in a talk, "Massive Hydrocarbon Venting with Minor, Constantly Replenished (Flow-Through) Retention in a 100 x 200 km Area Offshore Louisiana Gulf of Mexico," at the 225th national meeting of the American Chemical Society in New Orleans. – University of Cornell

In a report dated April 23, 2007, a Swiss firm by the name of SISM Research & Investment Services disclosed that new seismic field data, gathered this March (2007), may in fact confirm that the … Little Chicago project, deep in the Northwest Territories, contains vast reserves of recoverable oil. … The fact is that based on extensive seismic data collected back in the 1960s geologists have known for a long time that there was a huge oil reserve beneath the Little Chicago project. The only question was how much? One estimate, from an experienced geologist who spent years surveying the area put the total oil reserve at a staggering 40 billion barrels. Now 40 billion barrels is a lot of oil. It equals about 15% of all the oil in Saudi Arabia and 30% of all the oil in Iran. – Money News

In these articles and analyses above you have estimates of conservatively 50 or 60 billion barrels of oil that lies undiscovered – and maybe up to 100 billion or more. (Wonder what the peak oilers would have to say about that?) This does not count natural gas which is still being "flared off" at many deep oil drilling sites. Where there is oil, there may be even more natural gas nearby. But the bottom-line is that going on-line on Google or another search engine yields manifold information about discoveries that are real – oil and natural gas just waiting to be drilled. And not just one or two articles. But dozens and dozens.

In fact, based on what's available on the ‘Net, the amount of easily discoverable oil and natural gas in the Americas alone is probably many times what is known in the Middle East – so how come all of the action is in obscure and dangerous corners of the earth?

We've pointed out before that we think the search for oil and gas is more "racket" than real – and we're not dissuaded by the latest news coming out of Russia. Imagine, with all the oil and gas that there apparently is in the world, the great Western companies that do most of the drilling and refining and distributing inevitably settle on the most difficult places with the most violence.

It's enough to give you a complex. The only place, apparently, that you can really find oil and natural gas is off-shore, where it costs hundreds of millions to set up shop or in the Middle East or in the disputed areas around Russia.

After a while, the truth becomes clear: and we are proud to announce it to you. After much thought, we have decided it is the fault of dinosaurs!

Yes, it is no coincidence that the dinosaurs of old (isn't oil made of dinosaur bones?) decided that they would lie down and die in places that would be disputed by humans hundreds of millions year later. They must have known! They must have plotted to do this … There have been plenty of conspiracy theories floated about oil and gas, but this is the one that rings truest: It is a dinosaur conspiracy!

The article that was excerpted at the beginning of this analysis comes, in part, from a site (TRB) that likely never met a conspiracy it did not wish to cover. And just like the New York Times, itself, those in charge of such "news analysis" seem quite certain they are cleverly seeing to the heart of the real motivations when they trumpet the tension-making talents of oil and gas.

But is it really so simple? Are we so very smart to see greedy oil and gas companies at the root of all of it? Is it really a "great game" that is being played out once again – or are we being led in that direction, just so we can congratulate ourselves on our international insight?

Another question, perhaps more pertinent: Is that the best they can do … resuscitate the tired old Great Game theory? Heck, maybe we'll let them know our theory about the dinosaurs. In any event, the analysis is quite clear: The tensions in the world are related to oil and gas – and they are about to cause a new Cold War.

OK, you can believe it/them if you want. As for us, we're not sure the cause is energy. In fact, the more we contemplate it, the more we start to believe that the great nations of the world involve themselves in Cold Wars for the benefits that accrue to those who are directly involved in prosecuting them – and has little to do with the scarcity of a most abundant product: oil. (Or maybe, indeed, the dinosaurs planned the whole thing.)