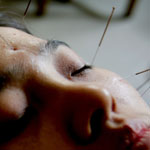 Rep. Alan Grayson, D-Fla., is upset that Congress is in the dark about much of the Federal Reserve's activity. He notes that he asked Fed Chairman Ben Bernanke what happened to $500 billion that the Fed extended in swaps to foreign countries, Grayson writes on the Naked Capitalism Web site. Bernanke's response: He didn't know. The $500 billion lent out should have been discussed by Congress, Grayson says. "That is how democracy is supposed to work – not through secret deliberations" of 12 unelected bankers, the members of the Federal Reserve. … That's the point. The Constitution grants to Congress power over the currency and power over the public purse strings for a reason, because we are accountable to ordinary citizens through the ballot box. The Federal Open Market Committee isn't." – MoneyNews

Free-Market Analysis: More than almost anyone else, recently, Alan Grayson has put Federal Reserve Chairman Ben Bernanke on the hot seat during Congressional hearings. And Grayson has grilled other Fed personnel as well, most notably Inspector General Elizabeth Coleman – a Youtube performance that has now garnered over two million views and several thousand comments.

What Grayson evidently wants as a result of all his grilling, is a Fed that is more accountable to Congress. He seems to believe that if Congress understood and Okayed what the Fed had in mind, then the monetary system would work better, or at least along constitutional lines. Good for Grayson. But now let us turn to a colleague of his and a "fellow traveler."

Former Republican presidential candidate Ron Paul (R-Tex) is one of the most fiercely literate people in the world when it comes to free-market economics. He understands, probably much more than Grayson, that congressional supervision of the Federal Reserve is probably not the answer. Ron Paul believes that central banking doesn't work no matter who is in charge of it.

What Ron Paul understands is that the Federal Reserve, one way or another, basically fixes the amount and price of money in circulation. Right now it and other central banks can do so unrestrained by any ratio to money metals. It is difficult to see how reporting to Congress will change things substantially. Whether the Federal Reserve fixes prices on its own or under the authority of Congress, it will still be fixing prices. And price fixing never works. It distorts the market, resulting in scarcity or a queue.

Now that might sound a little odd, given that central banks always overproduce money. But is borrowing easy these days? Or does there seem to be a scarcity of money. The bust is actually the flip side of the boom. But both are destructive in their own ways. The job of central banks is often said to be one of taking away the punch bowl. Much better if they would not offer it in the first place. Here's some more from the article excerpted above:

Washington Post blogger Ezra Klein points out that the financial crisis may have been solved better by Bernanke's dictatorship than congressional involvement. By design, the Fed is independent, its leader appointed by the President and not the Congress or voters. Nevertheless, and despite evidence that Bernanke kept the global economy from imploding as the credit crisis struck, most Americans disapprove of his performance. A Gallup poll conducted in mid-July found that only 30 percent rated the Fed as doing an "excellent/good" job, the lowest of nine government agencies, including the IRS.

Grayson has done America a favor by being aggressive with his questions about central banking. That those who run America's central bank will not divulge where up to US$10 trillion in loans, swaps, etc. have gone is disconcerting to say the least. American politics tends to focus on occasion on millions or billions in funding and earmarks. Such amounts of money are cause for months of wrangling. Yet the Fed disposes of trillions without so much as a public conversation until after the fact. It is all very strange. Such a system is simply not defensible. A market-based gold and silver monetary system is the actual answer. We believe, sooner or later, given the level of monetary disarray, such a solution shall be taken seriously.