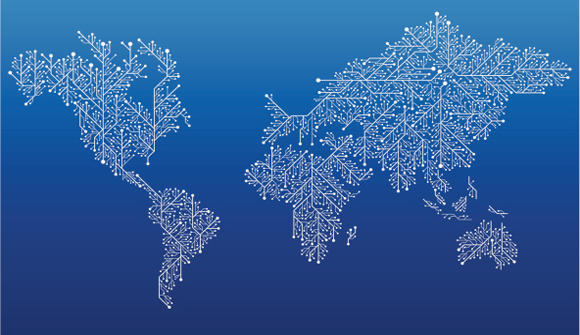 Saudi Wahhabi dilemma in spotlight after Paris attack … Saudi Arabia's harsh religious tradition is seen by many outsiders – and some Saudi liberals – as a root cause of the international jihadist threat that has inflamed the Middle East for years and struck in Paris last week. However, while Riyadh has cracked down hard on jihadists at home, jailing thousands, stopping hundreds from traveling to fight abroad and cutting militant finance streams, its approach to religion has raised a dilemma. It assails the ideology of militants who proclaim jihad against those they regard as heretics or infidels, while allying with a clerical establishment that preaches intolerance, although not violence, against exactly those same groups. – Reuters

Dominant Social Theme: The House of Saud is to blame – and no one else – for the upcoming Middle East collapse.

Free-Market Analysis: We wrote this Reuters article! Not really. But we were astonished when we read it, because it makes all the points that we made in a previous article of ours called "Who Is the Enemy Here?"

An article about the House of Saud might seem to have a geopolitical focus but, in fact, many of the ramifications are economic. We'll offer more on that shortly.

But first let us see how this Reuters article corresponds to what we wrote. Here:

Modern jihadist organizations, including Islamic State and al Qaeda, follow an extreme interpretation of the Salafi branch of Islam, of which Wahhabism was the original strain, and whose clergy still enjoy great influence in wider Salafist circles.

The article also makes the point that the House of Saud has less influence over Wahhabism than it used to. In part that is because the movement is much bigger now.

[But] Jihadists often turn to texts written by long-dead Wahhabi scholars and they often adopt a Saudi style of oratory in their religious speeches, but they mock the kingdom's modern clergy as puppets of a corrupt, pro-Western regime.

Insightful! We could have written this ourselves. (And we did.) Our larger thesis – for years – has been very simply that Saudi Arabia and its Western sponsors are the progenitors of Islamic terror and the mainstream media was avoiding this reality.

Another article that was posted just recently is an Antiwar.com analysis entitled "The Saudis Are Stumbling – They May Take the Middle East With Them."

Like the Reuters analysis, this article focuses directly on the Saudi "dilemma" but does so in a more incendiary way. Here, for instance, is the article's "cut" line: "America's leading Sunni ally is proving how easily hubris, delusion, and old-fashioned ineptitude can trump even bottomless wealth."

For the past eight decades Saudi Arabia has been careful. Using its vast oil wealth, it's quietly spread its ultra-conservative brand of Islam throughout the Muslim world, secretly undermined secular regimes in its region, and prudently kept to the shadows while others did the fighting and dying.

It was Saudi money that fueled the Mujahedeen in Afghanistan, underwrote Saddam Hussein's invasion of Iran, and bankrolled Islamic movements and terrorist groups from the Caucasus to the Hindu Kush. It wasn't a modest foreign policy, but it was a discreet one.

Today that circumspect diplomacy is in ruins, and the House of Saud looks more vulnerable than it has since the country was founded in 1926.

The article goes on to cite the various "mistakes" made by the House of Saud – the family that runs Saudi Arabia. Among these are the war in Yemen, the determination to drive the price of oil down to shut off fracking supplies and the overall repression that the Saud family practices.

The article concludes that, "While it's still immensely wealthy, there are lots of bills coming due. It's not clear the kingdom has the capital or the ability to meet them."

Both of these articles are accurate so far as they go. The Antiwar.com article is more thorough and its rhetoric is more pointed, but the general argument being made is that the House of Saud is in trouble and that its reign may be coming to an end.

Strangely, neither of these articles make a larger, more important point, which is that the Saudis' foreign policy is not its own: It is one that is obviously provided to it by the US – and by the anglosphere generally.

This is most important because without understanding it, one's perception of what is going on in the Middle East is liable to be flawed and trying to figure out what is coming next becomes more difficult as well.

What needs to be said (and we have said it) is that the anglosphere is committed to a collapse of the dollar in order to create a more global currency.

This ought to be well known by now. Central bankers and other economic authorities have not been shy about suggesting it. For some reason, however, this analysis is avoided in both of these articles and elsewhere, too. And yet the story of the House of Saud is intimately bound up with Western economics.

It was after all Henry Kissinger who traveled to Saudi Arabia in 1971 with a surprising suggestion: Link the dollar to energy and refuse to release any oil without payment in dollars.

This turned into the foundational element of the dollar reserve currency, the petrodollar that has formed the basis of US foreign policy for decades. It is a policy that is dying as the anglosphere itself – which formerly desired the policy – has evidently decided to discard it.

Any objective scrutiny of the dollar's demise should begin (in the modern era) with the administration of George Bush, for here the greatest damage was done. Bush pursued hugely expensive domestic policies and then embroiled the US in at least two major, costly wars.

The upshot was to destabilize the finances of the US and to undermine the credibility of the dollar. One couldn't have done a better job if one intended to do so …

This had several ramifications, most notably to generate rising distrust in the dollar around the world. Nowhere was this distrust greater than in BRIC countries that began to make an effort to remove themselves from a dollar-denominated world.

The struggles of the BRICs to create a post-dollar world has been written about a great deal but as with analyses of Saudi Arabia, the full story is usually not revealed.

In truth, the dominant Anglosphere entity that wields enormous power around the world is perfectly content to allow the BRICs to create an alternative monetary pole. This is how one internationalizes currency after all. First the dollar must be delegitimized and other currencies must become more powerful.

It is no accident that the BRICs economies are modeled after Western ones. From public schooling, to central banking, to fiat money printing, the BRICs operate in an entirely Western manner. Their paradigm is a Western one. They are surely still subject to considerable Western influence behind the scenes.

The Saudis are subject to Western influence as well. Kissinger didn't ask the Saudis to link the dollar to oil; he told them to do it. What he didn't tell them was that when the West wanted to move beyond national currencies, the House of Saud would become expendable.

It is this fundamental insight that is missing from most – if not all – analyses of what's going in the Middle East and indeed the world when it comes to economics, monetary policy and the petrodollar.

Of course, the Reuters article doesn't take it to the next level of accuracy and comprehension by explaining that the Saudis are basically order-takers. It is the US that calls the proverbial tune to which the Saudis dance. And then, of course, there is the larger monetary mafia that controls US foreign policy.

If one understands these crucial linkages, what's going on in the Middle East becomes a great deal easier to comprehend. It has little or nothing to do with oil or pipelines or any of the other reasons trotted out by the mainstream media and much of the alternative media. In fact, there is plenty of oil around the world, as we can see with the (convenient) rise of fracking.

What is going on in the Middle East is a surgical expansion of Anglosphere power predicated on creating and expanding a world currency and concomitant facilities – a world central bank, etc.

Understand this and you will understand how and why events are unfolding as they are. And once you understand you will be better positioned to figure out what you need to do to secure your wealth and your family's security.

The dollar is headed for its demise. As it dies, equities markets shall fall and monetary volatility increase. Gold and silver will become more in demand. The Middle East will see further chaos and it is certainly possible that Saudi Arabia itself will fall or at least become Balkanized.

There are a number of potential scenarios that occur once one accepts that Middle Eastern chaos and financial volatility is part of a broader strategy of sociopolitical and economic reconfiguration by the monied interests of the West.

Here at The Daily Bell, we've been consistent in advancing this analysis of The Middle East for years. Our message – a part of it – can now be seen in the two articles mentioned above. But there is a great deal more of it and we would urge you to look beneath the surface of current events, especially when it comes to articles in the mainstream media. We're here to help.