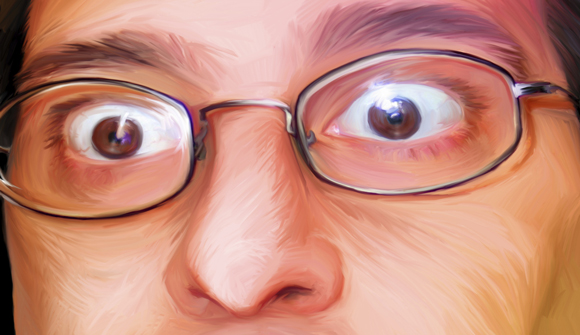 Are conspiracy theories destroying democracy? The more information we have about what governments and corporations are up to the less we seem to trust them. Will conspiracy theories eventually destroy democracy? What if I told you I had conclusive proof that the moon landings were faked, but I had been told to keep it under wraps by my BBC bosses acting under orders from the CIA, NSA and MI6. Most of you would think I had finally lost my mind. But, for some, that scenario – a journalist working for a mainstream media organisation being manipulated by shadowy forces to keep vital information from the public – would seem entirely plausible, or even likely. We live in a golden age for conspiracy theories. There is a growing assumption that everything we are told by the authorities is wrong, or not quite as it seems. That the truth is being manipulated or obscured by powerful vested interests. And, in some cases, it is. – BBC

Free-Market Analysis: Who on Earth commissioned this article from the BBC? From the point of view of dominant social themes and the dialectic it is an admirable piece of work but from every other standpoint it is a miserable failure.

A few decades ago, we wouldn't be commenting on it, of course, but times have changed. What we call the Internet Reformation has increasingly reconfigured the balance of power between those at the top of the Western industrial and banking hierarchy and those below.

Let's admire this article for what it is, a fine piece of mainstream media art. For one thing, it has been, in a sense, properly presented, as it is written in such a way as to offer us only two alternatives: The first is that conspiracy theories are NOT destroying democracy and the second is that they are.

But this is a false postulate. The US was set up as a republic, after all. And Britain is a monarchy. Such compositions, generally speaking, are not coincidences. The article is meant to reinforce certain dominant social themes while casting doubt on others.

These manipulations are less effective nowadays. As we predicted long ago, more and more people are getting angrier about the looming chasm between their public school belief systems and what they are learning from their friends and neighbors who read alternative explanations of reality on the Internet.

Meanwhile, those promulgating society's memes are getting more paranoid and impatient. Instead of nursing along their tall tales, they are violently putting them into play and then acting on them politically and militarily.

The world today resembles a kind of speeded-up movie. The power elite, distrustful and contemptuous, introduces a dominant social theme and makes a half-hearted attempt to promote it. In the 20th centuries, some of these promotions lasted for decades, but these days even the more important memes are actuated with uncanny quickness.

Directed history used to be believable because over time people came to believe what the elites wanted promoted. If it took several years or longer, that was okay. Eventually, a dominant or sub-dominant social theme would have ripened sufficiently to be acted upon. And the political action, therefore, would seem appropriate.

People couldn't complain because the cause and effect was evident. And if they DID complain, they were stigmatized. They were called out as unreasonable and obstructionist. Sometimes they were even called conspiracy theorists.

Today, it's harder to label people with non-mainstream views as conspiracy theorists. For this reason, even this article – which is obviously intended to buttress mainstream memes – has to explain why such themes are increasingly under attack. Here's more:

"The reason we have conspiracy theories is that sometimes governments and organisations do conspire," says Observer columnist and academic John Naughton. It would be wrong to write off all conspiracy theorists as "swivel-eyed loons," with "poor personal hygiene and halitosis," he told a Cambridge University Festival of Ideas debate. They are not all "crazy".

The difficult part, for those of us trying to make sense of a complex world, is working out which parts of the conspiracy theory to keep and which to throw away. Mr Naughton is one of three lead investigators in a major new Cambridge University project to investigate the impact of conspiracy theories on democracy.

The internet is generally assumed to be the main driving force behind the growth in conspiracy theories but, says Mr Naughton, there has been little research into whether that is really the case. He plans to compare internet theories on 9/11 with pre-internet theories about John F Kennedy's assassination.

Like the other researchers, he is wary, or perhaps that should be weary, of delving into the darker recesses of the conspiracy world. "The minute you get into the JFK stuff, and the minute you sniff at the 9/11 stuff, you begin to lose the will to live," he told the audience in Cambridge.

Like Sir Richard Evans, who heads the five-year Conspiracy and Democracy project, he is at pains to stress that the aim is not to prove or disprove particular theories, simply to study their impact on culture and society. Why are we so fascinated by them? Are they undermining trust in democratic institutions?

David Runciman, professor of politics at Cambridge University, the third principal investigator, is keen to explode the idea that most conspiracies are actually "cock-ups". "The line between cock-up, conspiracy and conspiracy theory are much more blurred than the conventional view that you have got to choose between them," he told the Festival of Ideas.

"There's a conventional view that you get these conspirators, who are these kind of sinister, malign people who know what they are doing, and the conspiracy theorists, who occasionally stumble upon the truth but who are on the whole paranoid and crazy.

… Prof Runciman is also examining whether the push for greater openness and transparency in public life will fuel, rather than kill off, conspiracy theories. "It may be that one of the things conspiracy theories feed on as well as silence, is a surfeit of information. And when there is a mass of information out there, it becomes easier for people to find their way through to come to the conclusion they want to come to.

This is surely reaching. Runciman is postulating that too much information confuses people and leads them to false conclusions. One could use such a study, properly bolstered with faux research, to justify potential government censorship of information on the grounds that people simply can't handle what they are absorbing.

Stepping back, one inhales an odor of self-righteousness, condescension and a slight, squalid scent of panic. These professors, like so many others, are in the process of being disenfranchised. As people believe less of what they have been taught to believe, they lose respect for the educational institutions that are providing the information they are in the process of rejecting.

In other words, the Internet Reformation is not merely a hypothetical concept to those in higher education who derive a good deal of their living from government funding, it is a looming if not imminent threat.

But the conspiracy theories about which they are so concerned will continue to blossom in large part because at least some of them are valid responses to mainstream media misinformation.

From our point of view, the world has been in the grip of a perfervid internationalism for at least the past century, one funded by the enormous treasure derived from central banking. The torrents of money manipulated by globalists have perverted every aspect of modern society from science, to medicine to, of course, finance, industry and politics.

It is this perversion – directed history, we call it – that is now being questioned with increasing vigor. These are vast trends, not easily redirected. Perhaps that is one reason the BBC, as handmaiden to the City's banking elite, is losing its collective mind.