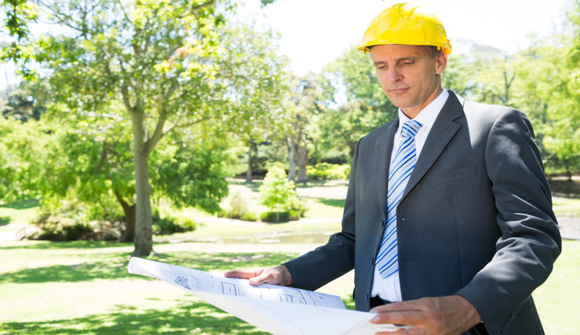 What it means if Fed no longer says it's 'patient' on rates … For the Federal Reserve, patience may no longer be a virtue. Surrounding the Fed's policy meeting this week is the widespread expectation that it will no longer use the word "patient" to describe its stance on raising interest rates from record lows. The big question is: What will that mean? – AP

Free-Market Analysis: This AP article is a good example of a mainstream media promotion. The promotion – theme – involves central banking. The positioning of the article attempts to make the meme credible and the "news" believable.

Knowing what we now know about operations of central banks, we can admire the sophistication of the presentation without losing track of the promotional nature of the argument.

Many economists say the dropping of "patience" would signal that the Fed plans to start raising rates in June to reflect a steadily strengthening U.S. job market. Others foresee no rate hike before September. And a few predict no increase before year's end at the earliest.

Complicating the decision is a surging U.S. dollar, which is keeping inflation far below the Fed's target rate and posing a threat to U.S. corporate profits and possibly to the economy. A rate increase could send the dollar even higher.

In a statement it will issue when its meeting ends Wednesday and in a news conference Chair Janet Yellen will hold afterward, the Fed isn't likely to telegraph its timetable. Yellen has said that any decision to raise rates will reflect the latest economic data and that the Fed must remain flexible.

Each of these grafs contains an elaborately constructed falsehood that has been refined over decades. That's how the best promotions work. That's why we call them "memes." They've been integrated into the very fabric of society. People make their livings supporting them. People pay money to colleges and universities to learn about them.

The more people are willing to build a belief structure around such memes, the more successful they are. And people are more than willing to do so.

Psychologically, people need belief structures. They don't have to be "truthful" ones. In fact, they can be faith-based, misguided, etc. They simply have to exist and have to be positioned in such a way as to be credible.

Often the best way to position a belief that one wants to be adopted universally is to bind it to the state itself. That's what has happened with central banking, which benefits inordinately from its relationship to state power.

This is one of the reasons that the bankers that set up the US Federal Reserve labored patiently to ensure Congress would enact enabling legislation. They knew once that happened the way would be smoothed for the Fed's activities.

Yet almost from the beginning, the Fed departed from its legislative mandate when it apparently began to print more fiat currency than it was allowed to. The result was first the Roaring '20s and then a horrible bust leading to the Great Depression.

The Fed's history – the history of central banking generally – has been one of asset inflations and "busts" ever since the Great Depression.

However, the history of the Fed's horrible management of the economy is basically glossed over by the mainstream media. That's how a mainstream meme is constructed. The Fed is an integral part of the steadily expanding globalization of finance and regulation. The meme surrounding the Fed is a kind of mythos intended to make it palatable to the larger public.

The first graf in the excerpt above mentions "patience." It is a report on a tiny time-period, one focusing on a few months. Within that context, the argument being presented regarding the Fed and its actions are credible and correct. A rate hike could have the effects mentioned in the article.

Likewise the presentation of the dollar's behavior is theoretically accurate. And the positioning of Yellen herself and the impact of Fed pronouncements are reasonably reported.

The trouble here is that the article is not providing us with a broader frame of reference. By focusing on a tiny time-frame and referencing factual elements as reported throughout the mainstream media the article's presentation ends up being badly distorted.

There is no mention that Fed decisions have been never been especially accurate when it comes to interest rates and that by keeping rates so low for so long, Yellen and the others, and Bernanke before her, have set in motion yet another tremendous asset bubble that will eventually have disastrous effects.

Likewise, by taking government statistics at face value, the Fed has reached a series of faulty conclusions about price inflation. And by not making clear that there are two kinds of inflation – monetary and price – Yellen is further confusing the issue of what inflation is and how it works.

If one wishes to step back and look at the Fed and its actions within a historical context, the idea that the Fed can "manage" the economy, or that its rhetoric would have a significant impact on the financial matters in the longer term is ludicrous.

But this is how you build a meme. The media is most important. Reporting must confine its reporting and reference facts that buttress a given meme, even if those facts (like the level of price inflation) are putatively incorrect.

The article concludes that Yellen is sending a message that the US economy is entering an era of higher rather than lower interest rates. But this cannot really be true, either, as too much tightening will further strengthen an already strong dollar and make the US debt increasingly unmanageable.

Overall, this article, like thousands of others circulated regularly, is designed to give the impression that a group of individuals can make decisions for a US$15 trillion economy. They cannot and they don't … but the meme itself has been so exquisitely calibrated over such a long time frame that the article appears neither unusual nor surprising.

No group of technocrats, no matter how analytical, can forecast the future or predict the volume and price of money going forward. The Fed – central bankers – do it all the time and thus are the proximate cause of the serial disasters that have affected Western economies for the past century or so.

You'll learn none of that in this AP story. It seems both rational and logical in terms of its factuality and description of the Fed and its interactions with the larger economy – but it's not.