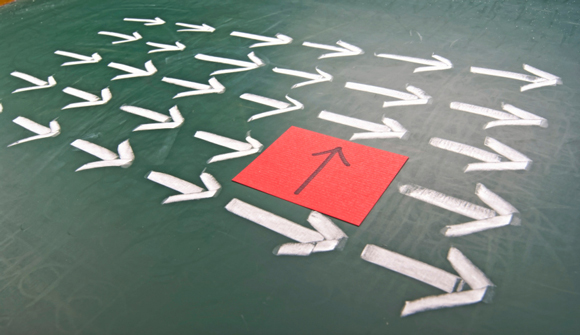 Syrian refugees are not a threat to U.S. … The fact that one of the Paris terrorists was posing as a Syrian refugee has caused some to ask whether one of the lessons of the Paris attacks is either to end or to "pause" accepting Syrian refugees into the States. The U.S. House of Representatives overwhelmingly passed a bill Thursday to pause the relatively small number of Syrian refugees the United States is willing to admit –10,000 in 2016 — and adding a provision that the FBI director and other top government officials must certify that any refugee entering the States from Syria is not a threat. – CNN Opinion, Peter Bergen, CNN National Security Analyst

Free-Market Analysis: Peter Bergen believes Syrian refugees trying to gain entrance to the US are no threat. But as we can see from the above excerpt, Congress is not so sure and appears to be on its way to passing a bill that would further scrutinize anyone from Syria – and thus slow the process of admissions radically.

Bergen does admit there is "clearly real public concern about the issue." But he labels the concern a "kerfuffle" and puts it in this context:

Yet this entire kerfuffle doesn't make much sense – because pretty much the last approach that any sensible ISIS terrorist would take would be to infiltrate the United States as a Syrian refugee.

… Entering the U.S. as refugees would be the hardest way for would-be terrorists. Beyond the odds of all this happening, consider also the time this would take: The whole process of going to a refugee camp and then getting selected by the United Nations and then passing the battery of checks the U.S. government will put you through can take years.

Bergen is more concerned with the possibility that a Syrian terrorist might enter the US via the "visa waiver program." He writes that this "allows citizens of many Western countries to visit the United States for up to three months without a visa, thus providing a backdoor way for potential terrorists to come to the United States from Europe."

What is necessary, according to Bergen, is not "jamming up the Syrian refugee program [so] it effectively grinds to a halt, but a careful scrutiny of the visa waiver program to ensure it's working as well as possible."

Libertarian former congressman Ron Paul has also written about the House bill to "pause" Syrian refugees, but Paul has a different perspective from Bergen, as he explains in his latest column, "Who Should Pay For the Syrian Refugees?"

Last week the US House dealt a blow to President Obama's plan to resettle 10,000 Syrians fleeing their war-torn homeland.

On a vote of 289-137, including 47 Democrats, the House voted to require the FBI to closely vet any applicant from Syria and to guarantee that none of them pose a threat to the US. Effectively this will shut down the program.

I agree that we must be very careful about who is permitted to enter the United States, but I object to the president's plan for a very different reason. I think it is a sign of Washington's moral and intellectual bankruptcy that US citizens are being forced to pay for those fleeing Washington's foreign policy.

Unlike Bergen, Ron Paul doesn't restrict his argument to one particular – present-day – issue. Instead, he provides us a frame of reference for how the Syrian refugee problem developed.

He writes that the US has been "planning and executing a regime change operation" aimed at the Syrian government for at least a decade. This statement matches what we believe to be true as well (see our other article, this issue).

After a decade of deliberate civic undermining, Ron Paul writes, Syria has been entirely destabilized and both Europe and the US must now care for the Syrians fleeing their ruined country.

"Has there ever been a more foolish and wrong-headed foreign policy than this?" Ron Paul writes. Taxpayers have paid millions to destabilize Syria, he continues, and now must pay millions more to resettle Syrian refugees.

Ron Paul suggests alternatives. Perhaps the military-industrial complex ought to pay for the resettlement. Or "Beltway neocon think tanks that continue to churn out pro-war propaganda while receiving huge grants from defense contractors …"

He also suggests that President Obama's national security advisors should be made to pay the bill. Even Hillary Clinton who "came up with the bright idea that 'Assad must go'."

Finally, he wants Obama himself to pay, as Obama promised to end the US's serial wars and has instead started more of them. He even suggests that some Syrian refugees could stay in "vacant rooms in the White House."

Ron Paul's point is that those who create the US's foreign policy disasters ought to "own" them. This is certainly a sensible idea, but it is not one that is going to happen any time soon.

Peter Bergen's CNN editorial is not nearly so eloquent or referential as Ron Paul's and yet it is the more realistic. Vetting Syrian refugees is a serious matter and one that Bergen wants to see accomplished. It is actually something that can take place and will in some form or another.

Of course, one could suggest that Bergen's editorial is a triumph of form over substance. Evaluating the danger of Syrian terrorists may be necessary at this point, but if the CIA and US military-industrial complex were effectively reined in, such vetting would not have to take place to begin with.

Ron Paul's editorial drives to the heart of the matter: There are forces in the US that created the Syrian disaster (and other disasters like it) to begin with. Unfortunately, the process that Ron Paul wants to reverse is probably not reversible. Great empires do not dis-evolve and powerful interest groups do not willingly give up power.

What is going on now is therefore going to get worse, not better. There will be more and more intrusive, authoritarian procedures using the facilities of federal power to evaluate various individuals – and gradually these intrusions will be aimed at US citizens rather than overseas refugees.

One can see the bricks falling into place one at a time. Whether it is the so-called cashless society or passport confiscation, legislators are increasingly willing to wield government force to realize the globe-spanning dreams of a small group of committed internationalists.

Bearing this in mind, one cannot sit patiently and wait for the "authoritarian trend" to change. It won't. One needs to plan ahead for one's own independence and wealth preservation, understanding that the major issues of the day are the ones that are going to go un-addressed.

Ron Paul wants an examination of how the West and the US created the Syrian refugee problem. Bergen wants to make sure that no Syrian terrorists sneak into the US. Bergen's vision is relentlessly small bore, yet his argument shall prove far more pertinent to the actual fedgov debate than Ron Paul's.

One need merely follow the trends of public discourse – the "memes" in play – to discover just how debased the current sociopolitical conversation has become. There is, unfortunately, no turning back. Those living, working or investing in the US need to internalize this now. We're all for Ron Paul's perspective and sentiments, but we are trying to be realistic as well. Sometimes that's hard to do.