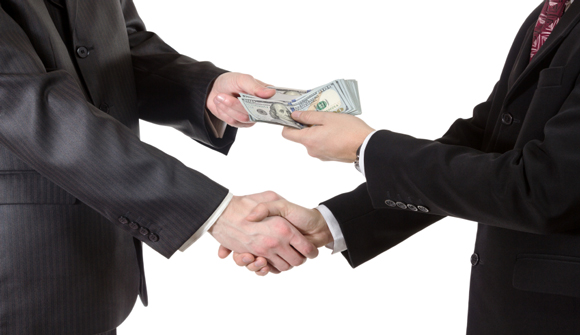 STAFF NEWS & ANALYSIS
Corporations vs. Capitalism
By Philippe Gastonne - May 06, 2015

The spectacular crash of Corinthian Colleges after years of systematically deceiving thousands of students into enrolling into low-quality, high-cost education programs has once again raised questions about how the for-profit college industry staved off stronger rules governing the $1.4 billion per year in federal loans that helped keep Corinthian afloat.

Some hints emerged today in the giant chain's filing for Chapter 11 bankruptcy protection in Delaware. It shows that Corinthian made secret payments to an array of political consultants, think tanks and political dark money groups.

The filing doesn't list amounts, but shows that Corinthian made payments to Crossroads G.P.S., a group co-founded by Karl Rove that has raised over $300 million to elect Republican members of Congress through campaign advertising. Crossroads G.P.S., a 501(c)(4) nonprofit, does not disclose any of its donors.

Crossroads G.P.S. spent over $700,000 to help elect Sen. Marco Rubio, R-Fla., during his 2010 election. As Bloomberg News revealed, Rubio later filed a letter with the Department of Education, requesting that the agency "demonstrate leniency" with Corinthian. – The Intercept, May 4, 2015

In theory, profit-seeking colleges ought to deliver better service at a lower price than state-run institutions. Some probably do, but a tangled web of political influence and regulatory interference makes it hard to know.

The Corinthian College's bankruptcy filings give us an inside look at the extent to which supposedly "private" colleges are actually disguised creatures of the state. Their business model depended on a steady flow of Washington favors. The company spent heavily on influence-buying activities so the flow would continue.

This should be a clue. If a company can't stay in business without constantly seeking taxpayer support, it probably doesn't qualify as "free enterprise." The market is sending a signal that the capital and workers ought to look for better uses elsewhere.

The surprising part of The Intercept's reporting is the linkage between political gifts and politician response. Corinthian gave money to Crossroads. Crossroads helped put Marco Rubio in the Senate, from which he asked the bureaucracy to go easy on Corinthian.

Then we have the supreme irony: Rubio apparently will make "supporting business" a key plank in his campaign for the White House – and more than a few Republican activists will believe him.

The same happens on the other side of the aisle. Corinthian sought favors from Democrats as well as Republicans. Crony capitalism is completely non-partisan. Companies will pay whomever it takes to get what they want.

There is a partisan difference, though. We expect Democrats to support statist activities, and they usually do. But many, perhaps most, Republicans think they support a free market when, in fact, their candidates are indifferent or even hostile to economic freedom.

When will they ever learn?