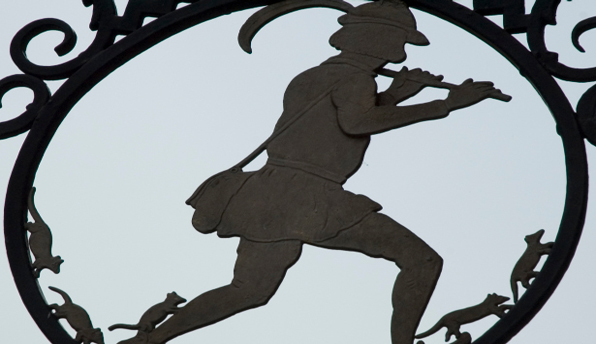 The surprise success of Thomas Piketty … The surprise success of the French economist Thomas Piketty's income disparity blockbuster Capital in the 21st Century has forced battlelines to be drawn in the world of political economics. Piketty's unremarkable contention, after having crawled through two centuries of data, is that the inequitable distribution of wealth in Western society has now led to an intolerable state of affairs. – Reuters

Dominant Social Theme: When the rich get richer, we have a problem. Maybe government can solve it.

Free-Market Analysis: This article proposes that it is necessary to confront the growing rage of ever-poorer populations with solutions that will produce increased income equality.

Those at the "top" of society are obviously growing more uncomfortable with the increasingly evident frustration closer to the "bottom." Piketty surely expresses fears of the power elite that the fury of the disposed will be aimed directly at the rich if evasive steps are not taken. Here's how the article puts it:

The rich get richer while the middle class gets squeezed. Eventually those who have not been invited to the party get mad. Then they exact revenge. Defusing the fury around remuneration and taxation is going to take more than a Marie Antoinette "Let them eat cake" moment of giving everyone cake. As we have seen from the angry Tea Party and Occupy protest movements, there is a widespread belief that the system is fixed against the ordinary person in favor of the entitled rich. Piketty came along just at the right time, as anger is growing over disparity in incomes and as politicians are looking for the 2016 campaign theme.

Can you smell the fear, ladies and gentlemen? The editorial speaks of the "revenge" that those "who have not been invited to the party" may exact. It then explains that the "fury" regarding remuneration and taxes must be "defused." You can bet there are think tanks working overtime on just this project.

Picketty gets some of it right but not all, by any means. The system often works perversely to do the opposite of what is claimed. Central banking is supposed to "manage" an ever more prosperous society but instead its price-fixing creates destabilizing booms and busts that bankrupt the middle class.

There are other sociopolitical and economic facilities in place that reinforce the expanding poverty that the system creates. Taxes, corporatism and even democracy itself – controlled and administered behind the scenes – creates ever-increasing disparities of income.

Perhaps the power elite would like to reverse some of this, or at least slow it down, but the system is so ingrained and interlinked that it is probably impossible to tamper with some of it without unraveling all of it. And those at the top certainly don't want it to unravel. They may simply seek a slight "adjustment."

Meanwhile, court historians, journalists and economists work to obscure the real issues – central banking and judicially enforced corporatism among others – so that the problems that ARE attacked will never jeopardize elite control. So many faux solutions are being floated that we have difficulty keeping track of them.

There are Keynesian solutions and monetarist solutions, various central-banking solutions, digital solutions like bitcoin and, of course, the more recent elite promotions focused on "people's" central banking and "debt-free money."

Enter Piketty. HIS epiphany, we are supposed to believe, has to do with the discovery that wealthy people don't adequately distribute their funds to poorer folk. Hell, we could have told Piketty this and saved him a lot of research.

The super-rich have arranged matters so that almost all of a nation's economic growth is delivered into their bank accounts. If you do not read anything else from Piketty's tome, read this: "From 1977 to 2007, the richest 10 percent appropriated three-quarters of the growth. The richest 1 percent alone absorbed nearly 60 percent of the total increase of U.S. national income in this period."

It is hardly surprising, considering the economic policies put into effect by both Republicans and Democrats, that the rich are becoming richer. Aggressive, highly funded lobbying on behalf of big business, those who run big business and those who benefit from big business has ensured that progressive taxation, where the rich pay more tax than the poor to make society more fair, has been largely abandoned. Increasing the fortunes of a few individuals at the cost of those who make the wealth has become not just an economic imperative, but a political credo, too.

I have no reason to doubt Piketty's research. There have been few methodical attempts to discover what economic data suggest over the last two centuries. He appears to have crunched the numbers appropriately and found a pattern of behavior that he believes is both immoral and is holding back economic growth.

In terms of heavy lifting, Piketty's labors compare to Milton Friedman and Anna Schwartz's dogged data mining in their monumental "Monetary History of the United States." Through a meticulous examination of the contemporaneous hard figures, they concluded that the Great Depression, set off by the stock market crash of 1929, was exacerbated not by too much money, as some including President Herbert Hoover insisted, but too little money in the system.

It was Friedman and Schwartz's work that has led central banks to pump money into the economy since 2008, through low interest rates and quantitative easing, in order to counter the threat of the Great Recession. Piketty's close examination of the figures concludes that making the top percentage of a society increasingly rich while incomes in the rest of the nation's workers are kept low does not encourage economic growth.

… If Piketty's warnings are to be heeded about the damage to society of giving all the wealth to the same small number of people, something has to change if we are to avoid ugly, confrontational politics. In the United States and Britain, the rich take all the spoils, while long-suffering workers sees no improvement in their wages.

Interestingly, Piketty's "research" does not seem to extend to proposing solutions, though the Reuters article makes it clear that it is governmental action – and regulations no doubt – that will have to provide the antidote. Nothing else will do.

This, of course, puts us in mind of the anti-usury movement that we have done so much to expose as an elite-sponsored dominant social theme. The idea in that case is that when the current system fails, there will be a groundswell of support for a so-called "public" central bank run by the "people." Somehow putting people in jail for lending money is going to make a "difference."

The cultivation of the anti-usury movement – from its beginnings in the 1930s with Fabian disinformation to Hitler's adoption of various anti-usury tenets, to the recent past with UNESCO agent Margrit Kennedy and assorted military types who have suddenly discovered monetary "reform" – seems aimed at defusing popular anger while retaining elite control of the process behind the scenes.

Picketty is making a case for government involvement, as well. Of course, in reality government solutions will only make what is already execrable even worse. The system can only be improved by removing governmental oversight not expanding it.

There are ways people can protect themselves. They can try to drop out of the system or make counter-cyclical investments including gold and silver. They can seek some exposure to selected private investments that are leveraged against the current Wall Street Party we've been writing about.

Above all, people generally should beware of research and solutions that call for even MORE government involvement to combat the immense problems that the bureaucracy has already created.

There is, in fact, a magic bullet. It is called "freedom." Picketty is not suggesting that.