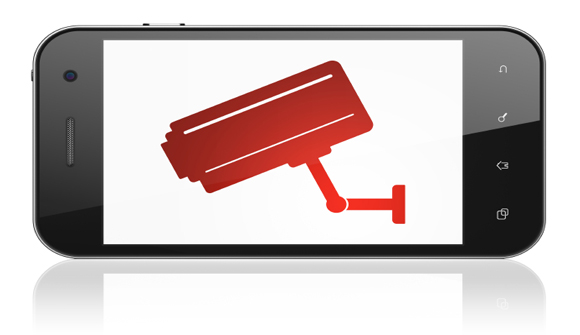 The government doesn't need a warrant to search cellphone tower location records, a federal appeals court in Atlanta has ruled. In a potentially wide-ranging ruling, the court said that because cellphone owners technically "volunteer" their location to providers when they make phone calls, law enforcement agencies do not need a warrant to track an individual's location. – Business Insider, May 5, 2015

A federal appeals court in New York on Thursday ruled that the once-secret National Security Agency program that is systematically collecting Americans' phone records in bulk is illegal. The decision comes as a fight in Congress is intensifying over whether to end and replace the program, or to extend it without changes.

In a 97-page ruling, a three-judge panel for the United States Court of Appeals for the Second Circuit held that a provision of the USA Patriot Act known as Section 215 cannot be legitimately interpreted to allow the bulk collection of domestic calling records.

The ruling was certain to increase the tension that has been building in Congress as the provision of the act that has been cited to justify the bulk data collection program nears expiration. It will expire in June unless lawmakers pass a bill to extend it. – New York Times, May 7, 2015

Every move you make,

Every step you take,

I'll be watching you.

These two court cases in the same week illustrate the maddening distinctions and hurdles that stand between citizens and any semblance of privacy.

The first case involved a criminal conviction made with the help of phone location data given to law enforcement by the service provider. The cellular network always knows roughly where your phone is located by virtue of which tower(s) receive its signals. This is necessary for the phone to make and receive calls. The only escape is to turn your phone off or not carry it with you.

Nonetheless, the court decided this is a "voluntary" act. The phone carrier owns the information and can release it to government agents. It further entitles the government to use this data to imprison you without obtaining a search warrant.

Note the very disturbing logic here. What other "voluntary" acts release information we presume is private? Your internet provider know what links you click. You give them that information voluntarily. Can they store your click data for later release to the government? This same reasoning would seem to allow it.

The second case sounds a little more comforting at first, but is actually not. It applies only to one particular program operated by one particular agency under one particular statutory authority. The judges said nothing about the program's constitutionality.

Furthermore, other appellate courts have issued conflicting decisions, so it will likely head to the Supreme Court for a final call. How they will rule is anyone's guess. Any decision could be years away, and the Executive Branch will no doubt keep collecting data as zealously as ever in the meantime.

Does it help that relevant provisions of the Patriot Act expire next month? Not really. If Mitch McConnell has his way, Congress will extend the entire act unchanged. It is also quite likely that NSA has other, as-yet undisclosed programs that are equally intrusive.

The only solution that might work would be for telecom customers to demand contractual guarantees from the companies not to store or release sensitive data. It could even be a business opportunity; many customers might gladly pay an extra "privacy fee" on their bills.

According to Edward Snowden and the many recent investigations, the NSA data collection does nothing to keep anyone any safer. In the criminal case, the police could easily have acquired a search warrant. They simply chose not to.

Leviathan is alive and well. Don't expect courts to slow him down.