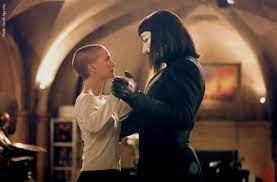 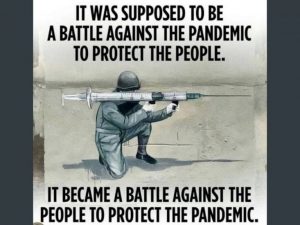 National origin or skin color or religion are irrelevant. If you’re willing to defend human liberty and you bleed red, then you’re my brother (or sister).

This is a global unity.

Rounding the corner into 2022, the war against the corporate state has only just begun. 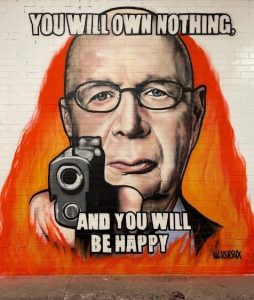 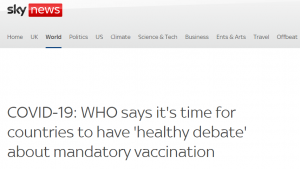 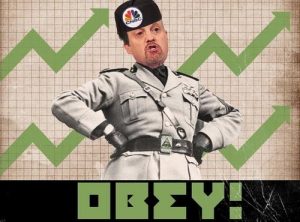 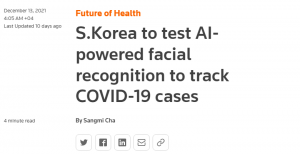 Whether you’re protesting, running for office, making art, or launching more direct actions, we are a global brotherhood. Here’s to 2022 being our year.

Massive protests in Slovenia that your not hearing about! pic.twitter.com/v2kE6rnrJj

Bloody hell. The absolute state of Melbourne right now. This is like something out a dystopian horror movie.#Melbourneprotest #Melbourne#Australia
pic.twitter.com/ef4s2V99GZ

As explored in a previous COVID propaganda roundup (but which deserves a pt. 2 follow-up, coming in 2022), Australia is the epicenter of the COVID war.

Down under, the lockdowns are harsher, the politicians are crueler, and the agenda bolder than anywhere else on planet Earth.

Via ABC (the Aussie version):

“A demountable building was well alight before firefighters were able to extinguish the blaze….

Some of the graffiti read: ‘COVID-19 is a lie. People wake up now. Fight the system. Revolt.’

Nepean Police… described the messages as ‘anti-government and anti-COVID’.” 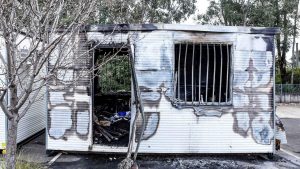 It’s possible this was a false flag intended to drum up justification for further police crackdowns on protesters – see section below for more information on the false flag tactic employed to counter lockdown/vaxx mandate protests. 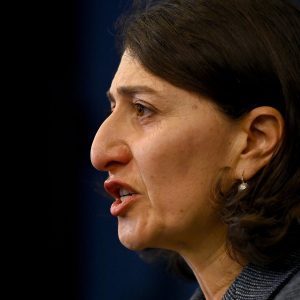 Above: the aforementioned Enemy of the People Gladys Berejiklian, a forced-vaxxer and former Premier of New South Wales who recently resigned in disgrace

False flag or not, a torched injection site is a Godsend, as is the forced resignation of corrupt politicians – “don’t look a gift horse in the mouth.”

ENGLAND: Police set an attack dog on a protester IN Newcastle at the anti-covid passport protest over the weekend. pic.twitter.com/EdV6OcvZ5l

Catharsis: Lockdown Stormtrooper Gets His Comeuppance

out of darkness comes the light… pic.twitter.com/sAVugiZmxB

**Eric Clapton, previously celebrated in the corporate media, suddenly become persona non grata after his vaxx stance became public. Rolling Stone and other outlets branded him “racist” in hit-pieces based on comments he made in 1976 and disavowed shortly thereafter. 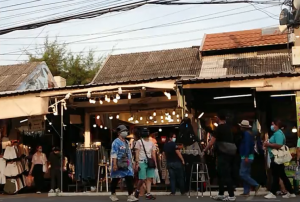 Without a shadow of a doubt, as public pressure mounts and public opinion worldwide turns against the vaxx agenda, intelligence services will stage false flag attacks. The intended effect will be to turn the tables on an increasingly popular resistance movement.

CNN will interview teary-eyed victims and pearl-clutching “national security experts” (who have financial interest in expanding the police state via personal investments).

“A Tennessee investigation found evidence that the state’s fired vaccine chief, Michelle Fiscus, purchased a dog muzzle that she previously claimed someone had mailed in an attempt to intimidate her… The Tennessee Department of Safety & Homeland Security found through a subpoena that the Amazon package containing the muzzle traced back to a credit card in Fiscus’ name.” 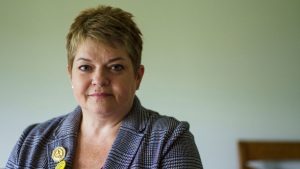 Like a pig in mud, the left is happiest when it’s role-playing the victim, especially when it realizes it can no longer win an argument on its own merits.

“German police have carried out armed raids on several locations in the eastern state of Saxony in connection with a plot by anti-vaccination activists to murder the state’s prime minister.”

If the plot here sounds familiar, that’s because it’s virtually identical to the FBI’s failed false-flag plot to kidnap Michigan Gov. Gretchen Whitmer and blame it on anti-lockdown extremists as part of the new War on Domestic Terror.

The benefits to the state are threefold:

The state (via corporate media) will intensify its rhetorical deployment of terms like “anti-lockdown terrorists,” “anti-vaxx terrorists,” etc.

“Threats against public servants are not only illegal, they run counter to our nation’s core values. Those who dedicate their time and energy to ensuring that our children receive a proper education in a safe environment deserve to be able to do their work without fear for their safety.”

Expect more of the same.

Here’s the “work” “public servants” are doing on your children: 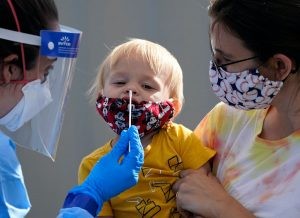 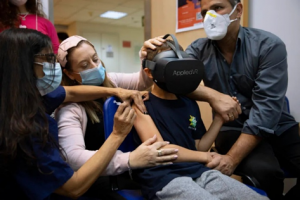 Above: This is an actual photograph from a real-life child vaxxing station, a tasty hors’ devour of the dystopian hellscape we live in now: “Eight-year-old Rafael Peled looks through virtual reality goggles as he receives a Pfizer-BioNTech Covid-19 vaccine.”

Children have a 2-in-a-million chance of dying from COVID – but a much greater risk of life-altering myocarditis.

No Compliance, No Surrender

If the ultimate choice is “die or comply,” let us pledge in 2022 to take the former option. 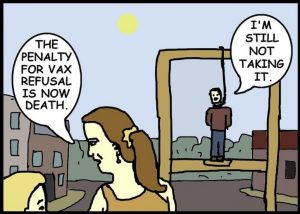 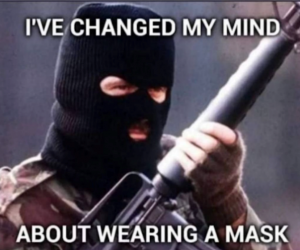 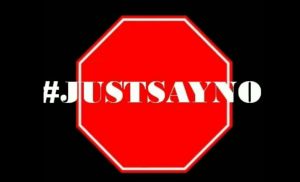 Cheers to a new year — when the gloves come off.