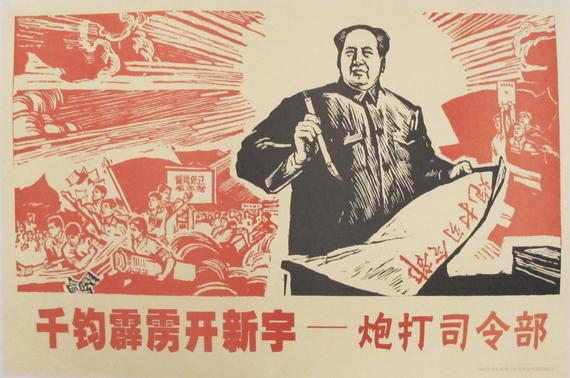 Of course, they came for the children. Authoritarian sociopaths always do.

Malleable and innocent, the youth are never too young to learn obedience to the corporate state, to be twisted and prodded and poked into the preferred mold of the ruling class.

Every day, millions of babies are born into this dystopian post-COVID reality. Unless we mount a popular revolt to force a course reversal, mandatory mask-wearing, forced vaccinations to work and travel, and crushing isolation will be the only world these innocent souls will ever know.

Far from being the “new normal,” the world that Fauci and Co. envisions for our children will become simply “normal.” 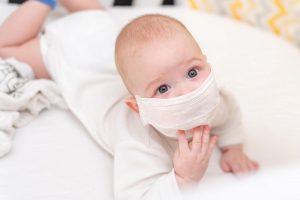 As much as Fauci and his Big Pharma partners wish it were not so, the facts indicate that children are nearly entirely unaffected by COVID-19.

Even mainstream science journals – like the British Medical Journal, Heart of Darkness — reluctantly admit what is palpably true for anyone to see who has survived the lockdowns since early 2020:

“A striking and consistent observation has been the difference in severity of COVID-19 at different ages: severity, the need for hospitalisation and mortality rise steeply with older age while severe disease and death are relatively rare in children and young adults. Most children infected with SARS-CoV-2 are asymptomatic or have mild symptoms,”

Despite the fact that children are virtually entirely unaffected by the SARS-CoV-2 virus, the social engineers nonetheless press forward with experiments on babies.

“The trial includes healthy children in the U.S. and Canada and will be conducted in two parts, according to a statement from the company. In the first stage, the company will test how the participants respond to different dose levels of the vaccine. Children older than 2 years old may receive 50 or 100 micrograms of vaccine per dose, while children younger than 2 may receive 25, 50 or 100 micrograms. Each child will receive two doses in total, with each dose given 28 days apart, the same spacing as the shots given to adults.” 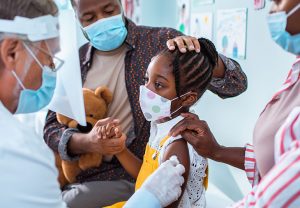 This dangerous experimentation on the most vulnerable population among us is tantamount to a crime against humanity.

On this point we must insist with conviction: the only way to stop the morally bankrupt goons attempting to experiment on our children is to strike the fear of God into their hearts.

The unfortunate reality before us as a society is that the social engineers are going to hold civic life and the economy hostage until enough of the population (as much as 80%) – from the elderly to infants – submit to the experimental gene therapies pushed by Pfizer and Moderna:

“A majority of states probably will require children to be immunized against COVID-19 at some point. Some states may adopt the requirement as early as the 2021-22 academic year, but many more will punt to the following year.”

The more mundane aspect of this story is that Robert Redfield – now that he is safely out of the clutches of his federal post as CDC Director – stated the obvious to a corporate news actor who pretended to be shocked. 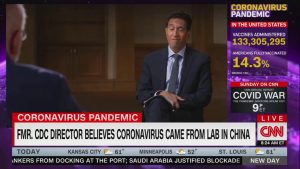 The simplest explanation for the origin of the SARS-CoV-2, Redfield explained, is that the nearby Wuhan virology lab – which experimented for on coronaviruses just likes SARS-CoV-2 for a decade-plus — leaked it.

The real takeaway is the lightning-speed with which the corporate-state goon squad that masquerades as media attacked:

“Redfield’s endorsement of the so-called “lab-leak” theory of the virus’s origin on CNN outraged several state lawmakers, who saw his comments as exacerbating anti-Asian sentiment that has been on the rise since the United States saw its first cases.”

They immediately pressured the Maryland governor to sever ties with Redfield, who now serves in an unpaid advisory role following his departure from the CDC.

And, of course, they couldn’t help themselves: rather than attacking the expert virologist’s assessment of the origins of SARS-CoV-2 on its merits, they pushed ahead with their race-obsessed narrative of rampant anti-Asian hate:

“In a more normal political climate, a former CDC director’s musings about the origins of a virus might not be culturally flammable. But given Trump’s frequent references to ‘the China virus’ — remarks widely believed to have fueled a spike in attacks on people of Asian descent — Redfield’s comments were seen as insensitive and potentially dangerous.”

Offering an expert, science-based opinion – a “musing” to the corporate press when it contradicts the official line – is now racist.

Get it, bigot? Keep your mouth shut, wear your mask and take your shot or you’re a white supremacist.

The one thing Redfield definitely misstated in his CNN interview: “I’m allowed to have an opinion now.” Wrong again, Bob.

In an unhinged rant (“unhinged” has become a cliché, but in this case the label is truly merited), veteran swamp creature Michael Doyle (Pa.-D) bullied an assembly of big tech CEOs into banning “vaccine misinformation” from their platforms – an amorphous term which, conveniently, means whatever the ruling class wants it to mean. 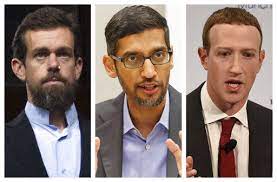 I once witnessed, in the fourth grade, a public schoolteacher threaten to strangle my classmate with his own shoelaces. This was more or less the tone of the entire “discussion.”

Jack Dorsey, coward of all cowards, offered up the feeblest pushback: “I don’t think we should be the arbiters of truth and I don’t think the government should be either.”

It was a meaningless gesture of pseudo-defiance – a sad, quixotic last stand to try to save some modicum of dignity. In the end, of course, Dorsey and the rest will cave.

These Silicon Valley moguls are spineless and, beyond that, are desperate to avoid regulation. Their solution is to cater to the increasingly authoritarian demands of the ruling class to crush dissent on their platforms.