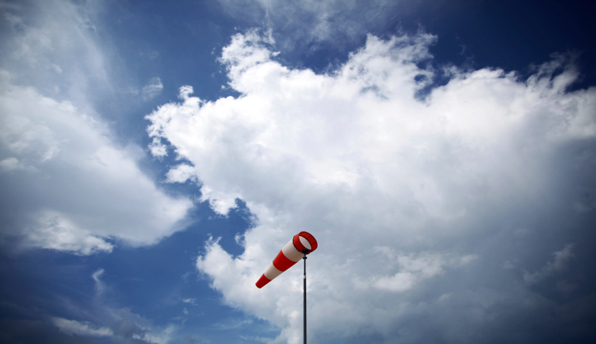 COLD SHOULDER: ABC, CBS Exclude Scientists Critical of Global Warming for More Than 1,300 Days … Like a simple parlor trick, the networks are able to make skeptical scientists vanish, at least from the eyes of their viewers. In some cases, the broadcast networks have failed to include such scientists for years, while including alarmist scientists within the past six months. ABC, CBS and NBC's lengthy omission of scientists critical of global warming alarmism propped up the myth of a scientific consensus, despite the fact the many scientists and thousands of peer-reviewed studies that disagree. Neither CBS nor ABC have included a skeptical scientists in their news shows within the past 1,300 days, but both networks included alarmists within the past 160 days – CBS as recently as 22 days ago. – CNS

Dominant Social Theme: Global warming is real and climate change is even real-er. Look at all the crazy weather we're having …

Free-Market Analysis: We can't prove that globalist elites are manipulating the weather to justify international governance with an authoritarian caste. But it makes a lot of sense.

Recall, please, the change in nomenclature from "global warming" to "climate change." This is what the mainstream media uses now. We weren't sure of the reason for the change, but now we think we "get it."

If we are correct, it's, well … Machiavellian.

You see, if you have the technology to create weather events, you don't need to create a lot of them. Just a few will do the trick, because the controlled media will pick up on those events and magnify them.

A tsunami here, a hurricane there … pretty soon you're talking "big weather" … as in climate change.

More from the article, excerpted above:

There are thousands of skeptical scientists, so it's not like the networks couldn't find any. Marc Morano, who runs the website Climate Depot, has published a special report listing more than 1,000 dissenting scientists worldwide who dispute man-made global warming claims made by the likes of the United Nations Intergovernmental Panel on Climate Change (IPCC) and former Vice President Al Gore.

CBS was the worst, ignoring skeptical scientists for 1,391 days, ever since the May 15, 2010, "Evening News." … It was just 22 days ago, on Feb. 12, 2014, that CBS included an alarmist physicist, Dr. Michio Kaku on "This Morning." Kaku is a contributor to "This Morning" and that day he warned of the "heating up of the North Pole" which "could cause gigantic storms of historic proportions."

… NBC's May 13, 2013, "Today" included Dr. Jay Lehr of the Heartland Institute. Lehr criticized the supposed link between carbon dioxide and global temperatures. An alarmist scientist appeared on NBC much more recently, however, only 115 days ago. On Nov. 11, 2013, "Today" Dr. Raghu Murtugudde predicted the increase of high-intensity hurricanes during a segment on how global warming would make hurricanes more powerful.

Notice what's being said NOW as opposed to previously. There's not a lot of talk about generalized drought in these examples. Instead, we have two specific statements:

1. The heating up of the North Pole can cause "gigantic storms of historic proportions."

Theoretically speaking, this would be a very simple, and potentially effective, ploy. Spread the word that warmists should play up the angle of "strange weather" and then support the analysis via weather manipulation. Much more effective than trying to spread alarm via "global warming" itself.

Of course, this analysis depends on some heavy-duty "conspiratorial" thinking … shared by this fellow (as posted in late February on GeoEngineering Watch):

Sherborne researcher calls for halt to weather manipulation … Geoengineering is the science of modifying weather to moderate global warming, and doctoral researcher David Lim is among a growing number of scientists who believe the government is currently influencing the weather without public consent.

David's recent talk, Increases in Extreme Weather, Food Prices and Illness: The Unspoken Connection, drew a large crowd to Trent Village Hall. "I only expected 25 people at my talk, but I wasn't prepared to see people standing against the walls trying to listen. In total, 85 people attended – it was a very encouraging response," he said.

… David is co-founding The International Directive to Ban Geoengineering (www.idbg.org) and is seeking volunteers to lend assistance. "I am actively seeking reliable volunteers to help me with our organisation in putting an end to weather modification and geoengineering," he said.

Strangely, Lim's concerns seem to be borne out by certain recent military admissions, as reported in this (February 13) article entitled, "Weather Modification Acknowledged By DoD" and posted at Before It's News.

The Department of Defense (DoD) has acknowledged they modified the weather pattern to the point where radar picked up the mysterious "snake" pattern off Australia's coast.

HAARP, weather warfare, geo-engineering the weather, weather modification, whatever you want to call it, it continues to be treated like a "conspiracy theory," despite public acknowledgment by top officials, starting with U.S. Defense Secretary William Cohen in 1997, who made the following statement:

"Others [terrorists] are engaging even in an eco-type of terrorism whereby they can alter the climate, set off earthquakes, volcanoes remotely through the use of electromagnetic waves… So there are plenty of ingenious minds out there that are at work finding ways in which they can wreak terror upon other nations…It's real, and that's the reason why we have to intensify our [counterterrorism] efforts."

The article quotes a report in the UK Independent regarding the recent manipulated weather pattern:

A strange, S-shaped object, which appeared on a Bureau of Meteorology radar map off the west coast of Australia on Wednesday afternoon, left meteorologists baffled and set the rumour mill churning.

The snake-like formation, located about 18 miles off the coast, was dubbed the "Rott Nest Monster" across social networking sites, as users wondered about its origin.

On Twitter, @harbinger451 tweeted: "A flying snake heads towards Perth."

… In an interview with the ABC, meteorologist Neil Bennett said the phenomenon could not have been a cloud. "They don't take on S shapes and things like that," he said.

"The radar that we use are there for the detection of precipitation, it's basically just a beam going out and hitting the rain droplets or ice particles from hail.

… The Department of Defence … confirmed that the enigmatic snake was in fact caused by a military exercise.

A spokesman for the Department of Defence told ABC News that the exercise was a regular training activity involving ships and aircraft designed to prepare a Navy warship for an operational deployment.

"The environmental conditions over the West Australian coast at the time of the activity provided a unique opportunity for this routine activity to be visible on the weather radar display," he said.

"This exercise is ongoing."