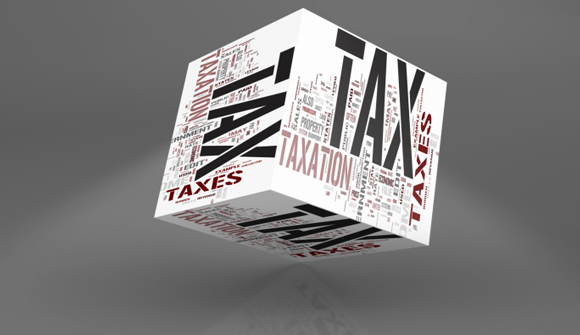 Nikkei Crash a Risk Seen by Posen If Abe Blinks on Tax … [Economist Adam Posen] warns that the foreign love affair with Prime Minister Shinzo Abe's economic program may be in jeopardy. Posen's fear, outlined in an interview in his office last week, is that Abe reneges on a plan to raise Japan's consumption tax to 10 percent, from the 8 percent level it was boosted to in April. If that happens, prepare for international investors to dump Japanese stocks and the yen, says the former U.K. central banker. – Bloomberg

Dominant Social Theme: We really need to cut benefits and pensions and raise taxes to build a healthy economy in Japan and worldwide.

Free-Market Analysis: Yes, it's crazy time. For some reason the mainstream media is in full cry about taxes again. It's good to raise taxes, you see, higher and higher until "deficits" come down and the world's fiscal house is "in order."

That's what this Bloomberg article is mostly focused on – on Japan, where Abe will apparently disappoint the world's financial and trading community if he doesn't hike taxes and cut spending.

Austerity, in other words. Here's more:

"If Prime Minister Abe decides to postpone, let alone cancel, he runs a real risk of crashing the stock market," said Posen. As disappointment with Abe's structural deregulation pledges mounts, he also is weighing whether to raise the sales levy, which was enacted by the previous government.

With a decision set by year-end, what's giving the prime minister pause is the damage inflicted by the initial bump in April — the sharpest economic contraction in more than five years. To Posen, delaying the tax measure would test the patience of international investors who have backed Abe's efforts to both propel his economy from 15 years of deflation and restore fiscal order to a nation where government debt now tops 240 percent of gross domestic product.

Bank of Japan Governor Haruhiko Kuroda says that budget consolidation is vital for Japan's finances and the future of the economy. Posen agrees, and says the Nikkei 225 Stock Average (NKY)'s surge in excess of 50 percent since the start of 2013 is "largely due to foreign investors banking on Abenomics."

Net purchases of Japanese stocks by overseas investors amounted to 14.3 trillion yen ($132 billion) through August since Abe took office in December 2012, according to Japan Exchange Group Inc. "Failure to face up to the fiscal situation is not going to be taken well by those investors," Posen said, noting that the subsequent decline in the yen could force up inflation enough to hurt the real incomes Abe wants to spur.

You see? It's simply a fact. Overseas investors, whoever they are, are demanding that Abe expand revenue collection. It's simply taken as a given that this is the way government ought to operate and that the myriad faceless bureaucrats that are the real power behind government won't find ways to spend the additional tax largesse, as they almost always do.

This is what we call a dominant social theme, a meme – a myth! An article like this ought to explain that never in the history of the modern nation-state have officials restored their economies to health by tax hikes. In fact, tax hikes, logically, retard growth.

If government takes money away from certain people – usually the middle class – and gives it to other people to spend, it is distorting the way the market would manage that money flow. This surely has a knock-off effect on entrepreneurial activity and general prosperity. Government is a monopoly and monopolies are subject to internal political pressures rather than external competitive ones.

The fewer taxes a government inflicts the better. This is simple logic. And certainly if there are to be taxes they should be collected and administered at a local level where people can have an impact on their disbursement.

That's not what's going on currently – in Japan or around the world. In fact, the recent G20 conference committed to an "automatic exchange" of tax information by 2017. Here's how the Economic Times reported on it:

"We will begin exchanging information automatically between each other and with other countries by 2017 or end-2018," said the communique released after the two-day G20 meeting of Finance Ministers and central bank governors.

… The communique further said that the G20 leaders are strongly committed to a global response to cross-border tax avoidance and evasion so that the tax system supports growth-enhancing fiscal strategies and economic resilience. It said that action plan to tackle Base Erosion and Profit Shifting (BEPS) to make sure companies pay their fair share of tax would be finalised in 2015.

We can see from the above that the zeal for tax collecting continues unabated. Yet giant multinationals will never pay much more tax, will they? Thus the efforts being made now in the name of corporate collections will actually end up affecting individuals – which is probably just the point. These policies are about controlling individual populations not extracting taxes from big industry.

What should really be done? Collecting more taxes has never improved a nation's balance sheet because over the long term every iota of currency that is collected will be spent, and sooner or later when profligacy takes hold, more besides.

We've already mentioned one reform that ought to be taken, which is to commit to collect modest taxes at a local level where those being taxed can monitor the process.

But even more importantly, both corporate personhood and modern central banking should be reduced or done away with outright.

Without monopoly central banking governments would not be able to print so recklessly, if at all. Without corporate personhood, business and industry would return to the local and regional entrepreneur. The problem of vast corporations manipulating cash flows around the world would likely disappear.

The world does not suffer from too much tax revenue. It suffers from too much bigness. And this artificial stimulation distorts whole economies and more mundanely unbalances industry and investing alike.

It is the artificial agglomeration of money and power based on state – judicial – force that is responsible for the current welfare/warfare state as well as the exaggerated business cycle that enriches a few (those with the courage and wherewithal to properly time and hedge markets) while impoverishing many.

The current Wall Street Party – indeed, the emergent financial fiesta worldwide – is a product of this sort of bigness. Now governments are to assume more invasive powers to counteract their artificially engorged corporations, something that will never really take place in any effective sense.

All of this ferocity, all of this determination to ensure that eventually every single private transaction will be available to government officials and thus to tax collectors, is disconcerting … and will land as we have already explained on the backs of individuals rather than corporations.

Like the so-called war on terror itself, the intention is to control domestic populations and other rationales are surely justifications for such control.

Such comprehensive tax treaties as the one being advanced now by the G20 are building blocks for further internationalism. That's the unfortunate truth.