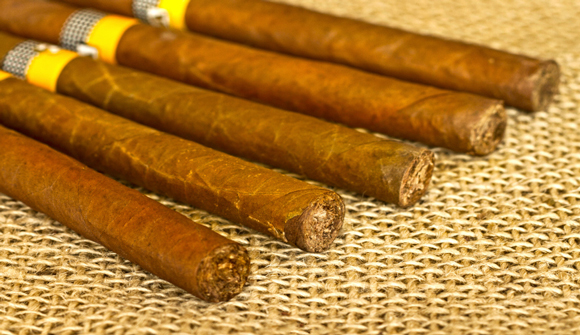 Cuba has for several years had a promising therapeutic vaccine against lung cancer. The 55-year trade embargo led by the US made sure that Cuba was mostly where it stayed. Until—maybe—now.

The Obama administration has, of course, been trying to normalize relations with the island nation. And last month, during New York Gov. Andrew Cuomo's visit to Havana, Roswell Park Cancer Institute finalized an agreement with Cuba's Center for Molecular Immunology to develop a lung cancer vaccine and begin clinical trials in the US. Essentially, US researchers will bring the Cimavax vaccine stateside and get on track for approval by the Food and Drug Administration. – Wired, May 11, 2015

More than 50 years of U.S. economic sanctions did not bring Cuba to its knees. Now, with normal relations in sight, we are learning that Cuba not only survived but may have surpassed the U.S. in some respects.

If Cimavax truly works as well as the Cubans say, then it will show one more way economic sanctions usually backfire. The American Lung Association estimates that 158,000 Americans will die of lung cancer in 2015. Cuba made its vaccine available to the public in 2011. Thousands of American lung cancer victims might still be alive had the drug become available in the U.S. at the same time.

This also illustrates the leviathan government's misplaced priorities. It continues to spend untold trillions trying to stop shadowy, shifting terrorist forces that have killed very few Americans since the war on terror began. A successful lung cancer vaccine could easily save many lives every month, and at a miniscule cost compared to the war budget.

With such a huge payoff, one might expect the government to cut through red tape and get Cimavax on the market as soon as possible. No such thing will happen. Instead, the vaccine will go on the same regulatory treadmill as any other drug. Only when the data show it is both safe and effective, according to the FDA's questionable-at-best standards, can it start preventing cancer deaths.

In an ideal libertarian world, the FDA would not exist and people could take whatever substances they wish, at their own expense and risk. We don't live in that world. We are closer to its polar opposite. Government restricts and regulates virtually every substance we might want to put in, on or around our bodies, all for our own good.

Is that really the reason we have such an active regulatory structure? Certainly not. For proof, consider that "safe and effective" FDA standard. Why both? If we know a substance will not hurt us, why does it matter whether or not approved, controlled trials show it effectively treats any given condition? The fastest way to judge its efficacy is to let as many people as possible try it.

The answer is that government is not a neutral, benevolent guardian of public health. It responds to those who control it, and they respond to those who keep them in office.

A drug company that has a patent-protected monopoly on the treatment for some medical condition has a great incentive to keep other treatments off the market. It will exercise whatever influence it has toward achieving that end.

The losers are the patients who die from conditions that forbidden medicines could have prevented or cured. Government sends them to the grave… in the name of keeping them safe.