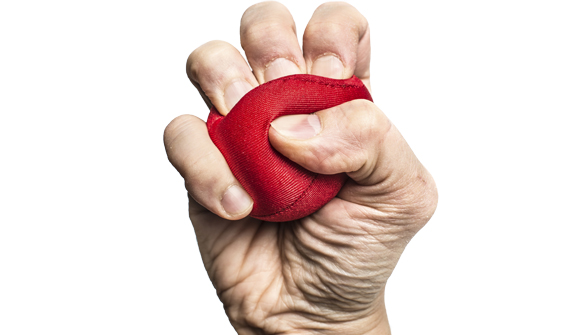 GOP Senate Takeover Would Put Fed Under Microscope … A Republican takeover of the U.S. Senate on Election Day would promise increased political turbulence for the Federal Reserve. Financial executives say a GOP-led Senate would ratchet up congressional scrutiny of the central bank's interest- rate policies as well as its regulatory duties as overseer of the nation's largest financial firms. Republicans haven't controlled the Senate since before the 2008 financial crisis and recession, which put a spotlight on the Fed and its powers. – Dow Jones Business Wire

Dominant Social Theme: The Fed needs its independence. Keep away.

Free-Market Analysis: This is an interesting article to analyze from the standpoint of elite memes because it produces so many of them.

In fact, nothing brings out spurious justifications of the monetary system like attacks on the Fed, potential or realistic. The mainstream media can't seem to help itself in this regard.

It seems like some sort of instinct to attack those who point out quite logically that the Fed makes no sense from a monetary or regulatory standpoint, and is actually damaging.

"If the Republicans take control of the Senate and thus have control of both the House and the Senate–two words for the Federal Reserve: Watch out," said Camden Fine, president of the Independent Community Bankers of America.

Leading the GOP wish list in dealing with the Fed would be legislation to open the central bank to more scrutiny of its interest-rate decisions, using congressional audits of monetary-policy matters that Fed officials strongly oppose. Many Republican lawmakers also want to require the Fed to use a mathematical rule to guide interest-rate decisions or shift its focus more directly to inflation rather than inflation together with unemployment. All of that would come on top of heightened bipartisan scrutiny of the Fed's regulatory moves.

Many Republicans oppose the unconventional efforts the central bank has taken to bolster the U.S. economy over the past several years. The Fed last week announced the end of its long-running bond-buying stimulus program, known as quantitative easing. But that won't quell GOP criticism, since many Republicans want Fed officials to move quickly now to raise interest rates from near zero and shrink the central bank's balance sheet, which has climbed to near $4.5 trillion.

… "It still alters the dynamic in some very important ways…and frightening ways from the Fed's perspective," said Karen Petrou of Federal Financial Analytics, which advises banks on policy matters.

In a recent client note, Ms Petrou warned that a Republican takeover in the Senate could intensify congressional pushback against the Fed's use of a new tool, known as overnight reverse repurchase agreements, to raise short-term interest rates when the time comes to tighten policy.

We can see from the above that the Fed keeps coming up with innovations. But they are innovations only if one accepts that it is innovative to fix prices and manipulate markets.

People regularly go to jail for the kinds of manipulations that the Fed practices, along with other central banks. The Fed utilizes the color of law to generate the manipulations it applies to the markets.

But just because the "state" does it doesn't make it right. Central banks are manipulating markets with ever more vigor and the results speak for themselves. The more central banks interfere, the poorer the economy grows.

Today, the US has 50 million on food stamps and 100 million out of work or underemployed. Salaries and living standards have not been rising and, in fact, have often been going into reverse.

The US system in the past century is far more government oriented than it used to be. By creating a central bank, authorities set up a system that continually inflated currency and centralized money power.

The more currency that is printed, the more the currency is debased. Those close to the money spigot benefit the most. Those further away, the middle class and the poor, experience various negative impacts. Price inflation, increased unemployment and occasional lack of available currency are just part of the effects.

The Fed's operations are both simple and arcane, and in the modern, post-Internet era this has led to continually more suspicion about its operations. Now various mainstream but libertarian-oriented politicians such as Senator Rand Paul want a comprehensive audit of Fed operations.

Under Paul's plan, the Government Accountability Office would generate a "full audit" that would include an explanation of how the Fed arrived at their conclusions on such issues as interest rates.

The article goes on to this:

Yet this is not the whole story. What an audit would presumably unearth is who the Fed has been giving money to during the global financial crisis. This is no doubt what Fed officials are really worried about. A REAL audit would unearth the relationships between large multinationals, central banks and the coordinating Bank for International Settlements.

What an audit would likely unearth is the true goal of those in control of central banking. And it is certainly possible to hypothesize that the real purpose of central banking is not to create local or regional prosperity but to create the conditions for an increasingly globalist monetary system.

Those in charge of the Fed complain that an audit would be intrusive and compromise the independence of the Fed. The article also points out that Ms. Yellen believes the Fed is already "one of the most transparent central banks in the world."

From our point of view, these are yet further elite memes, promotions designed to render central banking impervious to oversight.

The Fed in particular, as the world's most powerful central bank, is hardly transparent. There have been no significant and public audits of Fort Knox – where US gold is held – for decades.

The idea that an audit would compromise Fed independence is nearly risible. The Fed is obviously NOT its own creature but makes policy on behalf of an international banking community as represented by the BIS and by even more shadowy elements that stand behind the BIS.

As we wrote at the beginning of this article, the presentation of this Dow Jones story is full of elite memes. It attempts to be evenhanded about the Fed and its critics, but the Fed doesn't deserve such faux-objectivity.

The Fed is a truly bad creature. It gives control of the money supply to a small group of people and then tries to justify price fixing of billions and trillions of dollars by referring to it as "policy." But such policy is merely a euphemism for divvying up monetary spoils.

Like so many mainstream media articles on central banking, this one mouths various platitudes. The Fed is "independent" – it's not. The Fed is "transparent" – it isn't.

Perhaps the most elemental and powerful meme is that the Fed is necessary to the proper workings of the Republic.

As mentioned before, we find many pro-Fed memes embedded in this article. But it is our view that their constant repetition is not doing the current system any service.

A quick look at the article's feedbacks reveals the regular vituperation. None of the readers are defending the Fed and many are demanding that rather than an audit, the Fed simply ought to be done away with.

Elite memes defending the Fed have become less and less compelling as the Internet itself reveals the contradictions at the heart of this terrible system. It is very likely that as the intellectual underpinnings of the system disintegrate, the entire monetary environment shall begin to shift dramatically.

The real question then will be whether what emerges will be better or worse.