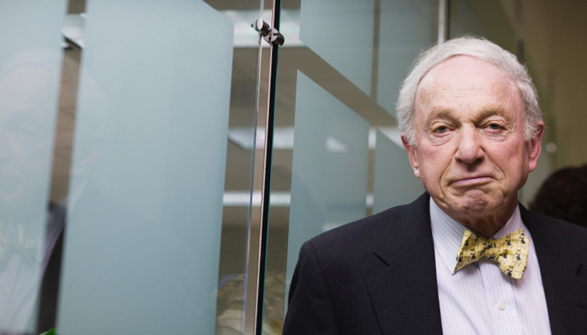 World top bankers warn of dire consequences if U.S. defaults … Three of the world's most powerful bankers warned of terrible consequences if the United States defaults on its debt, with Deutsche Bank chief executive Anshu Jain claiming default would be "utterly catastrophic" … "This would be a very rapidly spreading, fatal disease," Jain said on Saturday at a conference hosted by the Institute of International Finance in Washington. "I have no recommendations for this audience…about putting band aids on a gaping wound," he said. Jain, JPMorgan Chase chief executive Jamie Dimon and Baudouin Prot, chairman of BNP Paribas, said a default would have dramatic consequences on the value of U.S. debt and the dollar, and likely would plunge the world into another recession. – Reuters

Dominant Social Theme: The US better get its financial house in order before it damages the world.

Free-Market Analysis: This Reuters article above reinforces the meme mentioned in today's lead article. The idea basically is that the US is being a terrible steward of the world's reserve currency and that its carelessness is putting the world's "recovery" at risk.

Of course, if this is a recovery, we'd hate to see what a further recession would feel like! Southern Europe is sagging under the weight of an unemployment that supposedly keeps half of its youngsters from working. The US and Britain are not in much better shape, at least when it comes to overall unemployment.

What happened was that Western central banks stimulated too much while banks generally went on a lending spree. In fact, we've expressed continued doubts about this scenario of late. We're supposed to believe that the people involved were, well … idiots, even though this business cycle has turned a dozen times before in the 20th century. But it seems they never learn …

In fact, such idiocy is surely manufactured, at least to a degree.

Are we really supposed to believe that Ben Bernanke, having raised rates in the mid-2000s before jerking them down hard once the yield curve inverted was "flying blind"? It was all a big coincidence? Didn't Bernanke know that recessions follow yield curve inversions? Had that escaped him despite his two MIT degrees?

And the others that sit around the big table with him – had they not noticed it, either? Not ever?

How about George Bush's expenditures in the mid-2000s? Did anybody ever whisper into his ear that spending trillions on inconclusive wars in Iraq and Afghanistan was a good way to destabilize the dollar without accomplishing anything remotely of value from a foreign policy standpoint?

Apparently not. Yield curve inversion, two-front wars, huge domestic programs and the predictable, resultant dollar destabilization … these are all elements of DC programmatic policy that we are supposed to accept as a kind of fait accompli.

None of these smart men had any idea that the result of their actions would put the entire world on a collision course with bankruptcy? We need top Wall Street bankers to tell us that NOW? Here's more from the Reuters story:

The U.S. Treasury Department has said it expects to max out its borrowing authority next week and won't be able to prioritize payments on U.S. debt over obligations like Social Security. Lawmakers have seemed at an impasse over raising the debt limit. Democrats want to re-open federal agencies, which have been partially closed since funding ran out on October 1, and Republicans insist any debt ceiling deal includes plans to cut government spending.

Dimon and other top executives from major U.S. financial firms met with President Barack Obama and with lawmakers last week to urge them to deal with both issues. On Saturday, Dimon said banks are already spending "huge amounts" of money preparing for the possibility of a default, which he said would threaten the global recovery after the 2007-2009 financial crisis.

"We need global growth," he said. "We are on the verge of getting it. Please let's not shoot ourselves in the foot." Dimon also defended JPMorgan against critics who say the bank has become too big to manage.

Goody. The modern economic system – if we can call such an authoritarian economic enterprise a "system" when it more or less resembles a program – is on the verge of clawing back prosperity!

We don't believe it for a minute. It is a terrible system that leaves many out of work while depriving others of their hard-earned savings, even as the elderly struggle against price inflation, trying to put a little food on the table.

Young and old are impoverished by this central banking system, which fixes the price and value of money; the prospect that it may be righting itself is nothing to be especially joyous about. Of course, it will eventually right itself a little bit, anyway, just to add to the confusion and make sure any ongoing manipulations remain less-than-obvious.

It seems, based on the US JOBS Act and other regulatory and inflationary news, that the top elites are organizing a final equity blow-off. That's a renewed Daily Bell message, and it's one that may be growing more credible every day.

The current crisis (see our lead story) lays the groundwork for additional moves for a global currency, or so it would seem. The grave warnings of these bankers merely reinforce the message being sent.

Maybe there WILL be a default, a little one, just to emphasize the point. If so, we'd speculate it might be part of a much larger dominant social theme having to do with the essential recklessness of US political and economic leaders.

But probably the ship will be righted in the short term. With dire warnings echoing in their ears, US lawmakers sooner or later will "get it right."

Eventually the bad news will fade from the front page. The narrative of the West's economic morass will be damped. For a shining moment, Western economies – or at least their stock markets – will be seen as functional again.

It will be the penultimate, glorious instant before the fall. Some will grow very rich before a more general impoverishment meant to usher in a more globalized financial environment.

Of course, it may not work out this way. But that's beauty of following dominant social themes. You watch and you learn and you correct your course as you go.

Is that cynical, dear reader? It's the world that makes us so …