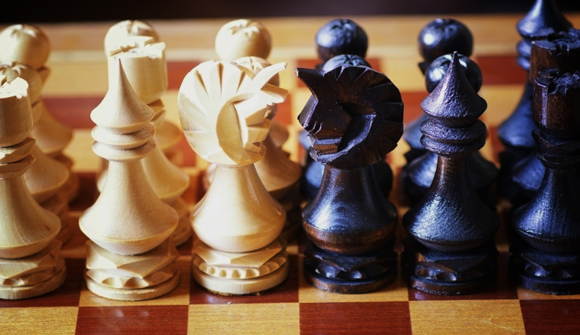 Iraq and Syria conflicts will see US putting boots on the ground after all … It was President Barack Obama's big promise: before he left office, America would be done deploying forces to fight other people's wars … And now what's happening exactly? – UK Independent

Dominant Social Theme: US peacemakers are to withdraw from enemy combat zones as soon as possible, or at least within the next decade or two.

Free-Market Analysis: Barack Obama seems destined to leave the country as he found it … at war.

The changes in policy are coming hard and fast now. In Afghanistan, the US is going to leave 5,000 troops on the ground indefinitely. In Iraq, US troops are reportedly facing off against ISIS. In Syria – even worse – the Pentagon has basically announced that US troops are going to go where they haven't been before – right into Syria to "advise and assist" and carry out raids.

The timetable for withdrawal from Afghanistan was torn up two weeks ago. But the roughly 5,000 US soldiers who will remain after the end of next year won't be involved in direct combat, the White House says. It says the same about the 3,500 who are still in Iraq as "trainers" and "advisers".

As for Syria, the US will continue to support "moderate" forces fighting Isis with air support, arms and training, only. This was the White House Chief of Staff, Denis McDonough, on TV last month: "Ground forces in Syria will be Syrian… the President made a decision… we're not going to do that."

The Independent goes on to inform us that the above statements are proving false because the US war effort is "falling apart." Unfortunately, in such cases, the reinforcements don't fight at a distance: They basically fight in the country that provides the battleground.

Thus the additional troops in Afghanistan and the suggestion that US troops will fight directly on Syrian soil as well. This news was basically delivered by Defense Secretary Ashton Carter in recent testimony to the Senate Armed Services Committee. Carter indicated that the US would support "capable partners" with "direct action on the ground."

"A slippery slope is a slippery slope," the Independent concludes – having delivered an insightful analysis of what's actually going on in the Middle East.

Nonetheless, the Independent has left out one important point. That is the US has begun accusing the Russians – currently flying over Syria and bombing "terrorists" – of bombing civilians as well.

Fox recently reported, "Russia to meet with NATO officials over claims it's bombing civilians in Syria." The Russians are so concerned about these allegations that they asked US and NATO representatives to "explain [the] allegations."

Moscow had asked the military experts to either justify … "outrageous" allegations Russian planes had bombed hospitals in Syria or to withdraw the assertions.

The statement comes amid international controversy over Russia's air campaign in Syria, which it launched on Sept. 30 against terrorist groups threatening President Bashar al-Assad's rule. But critics including the U.S. say the Moscow military intervention helps prop up Assad and has fanned the violence.

In fact, Russian bombing reportedly has been quite effective in chasing ISIS out of its strongholds and into Turkey and Iraq. And alternative media news sites have speculated that it is Russia's success that has prompted the Pentagon to decide "boots on the ground" are necessary in Syria.

The idea is that the US and NATO have been cynically using ISIS and other terror groups to destabilize the Syrian regime. The US is pretending to bomb ISIS but in reality is destroying Syrian infrastructure in order to further degrade Syrian defenses.

And this is the real news – that the US intends somehow to halt Russian bombing, which is revealing the Pentagon's true game.

Presumably the Pentagon believes it has no choice now. But if indeed there are more and more "boots on the ground" in Syria, how long before a US soldier is blown up by a Russian bombing raid? Given how wars escalate, how long before Russian troops enter Syria as well?

Is it within the realm of possibility now that Russian and US troops will be face-to-face on the ruined soil of Syria? Is it possible the Russians will back down once the US has arrived in force? Will there be a standoff. And how will that be resolved?

The world sees that it is Washington and its vassals who "violate international norms" and not Russia. The sanctimonious self-righteousness, behind which hides Washington's self-serving unilateral actions, is revealed for all to see. Washington relies on its arsenal of lies … Washington's lie service announced the first civilian casualties of Russian air strikes "even before our planes got in the air," noted President Putin in his comments on Washington's disinformation warfare.

Paul Craig Roberts concludes this editorial by writing, "The breakup of the Empire is on the horizon." We would tend to agree with that. The trouble is, how to get from here to there.

It strikes us that top Western elites may actually be seeking a direct standoff with Russia and even a potential world war, or the beginnings of one. At least the threat of one. This may have been the reason for the Ukraine exercise, but that did not yield the proper standoff. Perhaps Syria might.

Why would Washington want a direct confrontation with Russia, or China for that matter? Because Washington is overwhelmed with problems. The US economy is teetering. The Fed is afraid of even the smallest rate hike. The unemployment numbers are headed the wrong way. People are angry and getting angrier.

The last time Washington faced this sort of extremity, World War II began. There is certainly a possibility that some of our so-called leaders are contemplating World War III, as difficult as that is to comprehend given nuclear capabilities.

Even if it doesn't come to war, these increasingly serious standoffs between the world's superpowers are bound to raise diplomatic and economic tensions. Those who will suffer are those trapped in these "battleground" countries without alternatives.

Here at The Daily Bell, we think we can see clearly what the world may look like soon – and why. Those that have made no plans to protect themselves or their loved ones will suffer the brunt of what is to come without the necessary resources to cope. Please protect yourself by seeking out all the information you can – and then deciding on an appropriate course of action. Begin here.