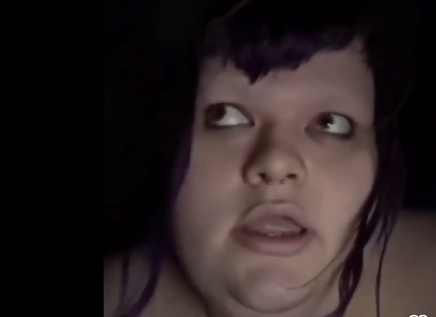 A no-holds-barred, SJW “transgender” polymorphic LGBTQ4GF150+++© world-class freakshow race to the bottom to honor Pride Month© is what you came to see. That’s what you’re going to get.

Let’s dive into the contest.

The featured competitors already all passed the qualifiers — i.e., my personal screening process which, let’s be honest, mostly consisted of scrolling through Libs of TikTok – a national treasure and the real champion here.

This is the medaling event; these are elite competitors.

This is very normal and sane behavior pic.twitter.com/OsQtvd1qSa

Despite what you might assume, this is not the most unflattering screen capture I could have grabbed of this individual – not by a damn sight. Hitting “PrntScr” where I did was an act of benevolence on my part. It could’ve been way harsher on the eyes. 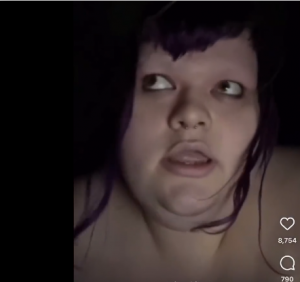 As my astute and observational friend put it when I shared this particular monstrosity with him, “That thing is so fat even its tongue is fat.”

This contestant had a lot going for it. First of all, it is the spitting image of the albino Princess Bride dungeon assistant — but slightly more obese and somehow even more outrageously pasty with a particularly unappetizing gothic twist. 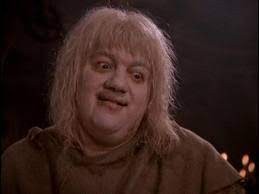 Secondly, it was fantasizing in this clip about screaming demonically into a pregnant woman’s belly at a gender reveal party in the hopes that some conservative women in attendance would drop dead out of shock.

In other words, it’s got the whole package judges look for – the looks, the aesthetic, and the sassy personality.

Not only is this creature hideous; the abomination is amplified by the apparent fact that it teaches preschool where it grooms 3-year-olds into its sex cult.

Trans preschool teacher says he gets his gender identity validation from his 3-year-old students pic.twitter.com/lRcQAPYIWg

Any “transgender woman” with a full-on beard – accentuated with hefty chin rolls – is going to have an edge on competitors because it’s just so strenuous for the visual and auditory senses to reconcile.

Fugly Trans Olympics rule of thumb: if it’s likely to set a toddler into a disoriented, finger-pointing “Mommy, what is that?” episode, it’s a solid contestant. 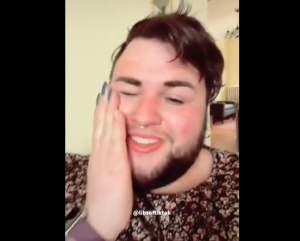 It seems like a sweet girl, though. So minus the sinister intent of the gold medal winner, it’s lacking that edge that might otherwise put it over the top.

(Besides the 2019 Joaquin Phoenix one, which was hands-down #1, Jack Nicholson’s 1989 Joker was the best – underacted with just the right dose of sinister without over-the-top theatrics.)

In the video below, Demi Joker explains in graphically clinical terms why uncooperative cis-scum straight men who resist being compelled to date another man, who may or may not still have penis intact, are actually transphobic!

You must date and want to date trans people or you’re transphobic pic.twitter.com/hZeUbdsjLl 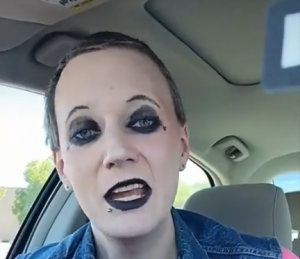 It reduces sexual orientation to “genital preference.” So, apparently, in the judgment of this self-appointed sexual politics moral arbiter, it’s kosher for a heterosexual man to turn down a date with a transgender that hasn’t medically castrated himself. But it’s not cool to do the same with a fully committed transgender that has gone all the way and cut off his genitals.

Like the other contestants here, this contestant medaled not only because of its standout fugly aesthetics but also the self-righteous, condescending sense of entitlement that it uses to sadistically assault the audience.

Here’s a fun game to play: run the video the first time with the sound muted and try to imagine what it will sound like. Reality will almost never match expectation, as it doesn’t in this case. A sobering life lesson for all the bright-eyed kids lit there who assumed they lived in a predictable, stable, sane world.

This is postmodernism. Nothing has to make sense.

One could be forgiven for assuming that the legend that was OG Trigglypuff passed sometime during COVID-19 tragically in a triple vaxx + triglyceride-induced cardiac event.

Above: Trigglypuff circa 2016 is filmed in its natural habitat, a college auditorium, absolutely going feral, underarm flab earthquaking in rage while it pounds at the air Donkey Kong-style in protest of ultra-MAGA Milo Yiannopoulos.

Alas, Trigglypuff may have gone on to the next dimension in its original incarnation, but it’s apparently resurrected and still going strong on the campus protest scene  – and this time, it’s gone transgender (he/him). 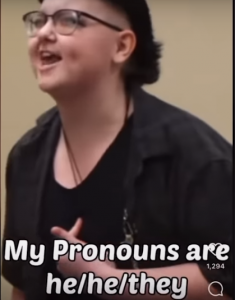 Imagine getting screamed at by this thing in your ear for the better part of what on paper would be an hour, but would subjectively feel like an eternity.

The man in the video, the target of (he/him) Trigglypuff 2.0’s rage, Jeff Younger – who, incidentally, was speaking because his ex-wife has been attempting to trans his 7-year-old son into a girl — has the patience of a saint. He, alongside Libs of TikTok, is the real hero of this story, even if he’s going home medal-less in the Fugly Trans Olympics.

Maybe next year, Younger. You’re about a liter of neon hair dye and a pair of tits short this go-round.

“Wesley: To the pain means the first thing you will lose will be your feet below the ankles. Then your hands at the wrists. Next your nose. The next thing you will lose will be your left eye followed by your right.
Prince Humperdink: And then my ears, I understand let’s get on with it.
Wesley: WRONG. Your ears you keep and I’ll tell you why. So that every shriek of every child at seeing your hideousness will be yours to cherish. Every babe that weeps at your approach, every woman who cries out, ‘Dear God! What is that thing,’ will echo in your perfect ears. That is what to the pain means.”
– William Goldman, The Princess Bride