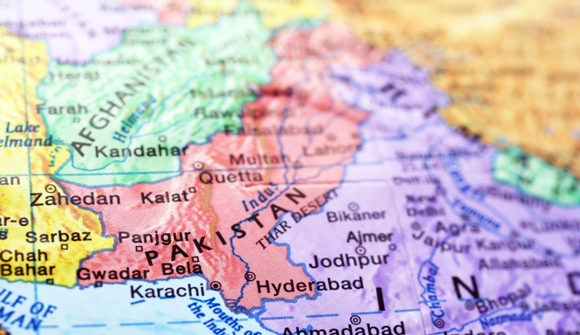 Ideally, America would stop giving out all foreign aid, but a good place to start would be nixing aid to countries with horrible human rights records.

He was tried by a counter-terrorism court for his online hate speech. This sounds eerily familiar to Theresa May’s calls to crack down on Internet freedom in an effort to counter terrorism. Pakistan shows the world one of the most extreme interpretations of government policing online discourse in the name of anti-terrorism.

So basically, the more power a government has to regulate online behavior in the name of safety and security, the more power corrupt officials have to serve personal vendettas or bring politics into the court system.

And we may seem immune to that type of thing in the U.S. yet just last week an appeals court refused to give Ross Ulbricht a new trial. Ulbricht created the website the Silk Road which was used to traffic drugs and other illegal things on the dark web. He received a life sentence for his role as a “kingpin” and accessory to drug trafficking, even though all he did was create the web platform for exchange.

Two federal agents involved in the case are now behind bars for corruption. They stole from the Silk Road while investigating it, and one of their testimony was crucial to convicting Ross. The clearly untrustworthy agent had administrative access to the website that would have made it easy to frame Ulbricht, but the courts refused to allow this possibility to be explored.

The cases are different in scope and degree, but have basically the same lesson; government courts will rule the way the government wants them to rule to protect the interests of the government and government officials, regardless of right or wrong.

But even though Pakistan is clearly violating human rights, the United States is ready to hand over another $800 million in aid to the country. Last year the U.S. gave them even more money for supporting the fight against terrorism in bordering Afghanistan.

The specifics of what Pakistan will use this money for are not known, but since the money is meant to help them in their fight against terrorism, it could be used to fund their counter-terrorism courts; the court which sentenced a man to death for a blasphemous Facebook post.

And America has quite the track record of funding countries that abuse their citizens. Just look at the most recent arms deal with Saudi Arabia worth $110 billion dollars. Why does America supply the oppressive dictatorship weapons,

…while Saudi Arabia continues ravaging the country of Yemen and its civilian population with U.S. bought weapons, aiding and funding several terrorist groups, and oppressing women to lives of servitude for men.

Why does America do business with a country that treats women like property?

On June 5, Amnesty International reported that one of Saudi Arabia’s most prominent women’s rights activist, Loujain al-Hathloul, was arrested. They noted she has no access to a lawyer and that the reason for her arrest has not been disclosed, though the organization believes it’s in relation to her activism. In 2014, she was arrested and detained for 73 days for driving.

America follows the golden rule, he who has the gold, makes the rules. But if the dollar ever lost its magical power, how would the U.S. maintain its power at home and abroad? All the more reason to explore alternatives to manipulated fiat currency, which is then used in turn to manipulate others.