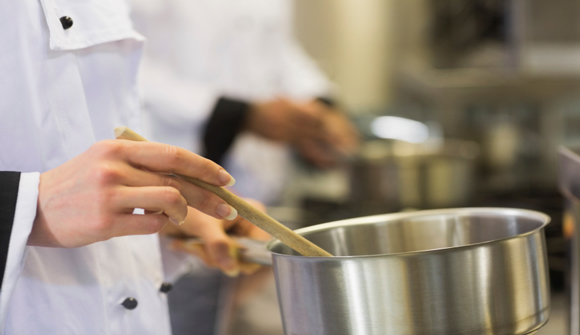 Mass default looms as world sinks beneath a sea of debt … As if the fast degenerating geo-political situation isn't bad enough, here's another lorry load of concerns to add to the pile. The UK and US economies may be on the mend at last, but that's not the pattern elsewhere. On a global level, growth is being steadily drowned under a rising tide of debt, threatening renewed financial crisis, a continued squeeze to living standards, and eventual mass default. I exaggerate only a little in depicting this apocalyptic view of the future as the conclusion of the latest "Geneva Report", an annual assessment informed by a top drawer conference of leading decision makers and economic thinkers of the big challenges facing the global economy. – UK Telegraph

Dominant Social Theme: The markets need to float a lot of debt.

Free-Market Analysis: There is nothing in this world today that provides much comfort for a rational investor – in the long term.

In the short term, as we have argued, this expanding Wall Street Party may provide a last chance for significant, individual investment gains. More on that below.

We are told that economies are "recovering" – and this Telegraph article excerpt mentions that, but the main point here, one we agree with, is that sovereign debt continues to rise and has not been paid down.

Eventually, the article tells us, lenders will realize that debt levels are unsupportable and averages will reverse.

Aptly titled "Deleveraging? What Deleveraging?", the report points out that, far from paying down debt since the financial crisis of 2008/9, the world economy as a whole has in fact geared up even further.

The raw numbers make explosive reading. Contrary to widely held assumptions, the world has not yet begun to de-lever. In fact global debt-to-GDP – public and private non financial debt – is still growing, breaking new highs by the month.

There was a brief pause at the height of the crisis, but then the rise in the global debt-GDP ratio resumed, reaching nearly 220c of global GDP over the past year. Much of the more recent growth in this headline figure has been driven by China, which in response to the crisis, unleashed a massive expansion in credit.

… The UK remains the fourth most highly indebted major economy in the world after Japan, Sweden and Canada, with total non financial debt of 276pc of GDP. The US is not far behind with debt of 264pc of GDP. However, the real stand-out is China, which since the crisis began has seen debt spiral from a very manageable 140pc of GDP to 220pc and rising.

This is obviously still lower than many developed economies, but the speed of the increase, combined with the fact that it is largely private sector debt, makes a hard landing virtually inevitable. The only way the world can keep growing, it would appear, is by piling on debt. Not good, not good at all.

The article also points out that increased debt loads may play a role in depressing growth generally. Certainly, this would be the case if a given nation seeks to raise taxes (as some are doing) to try to control deficit.

The US is mentioned (along with the UK) as a country that has managed to extricate itself from some potential financial difficulties through a "recovery." But there are numerous questions about the strength and duration of this recovery. And in the meantime, the debt levels of the US keep climbing.

I know [this] sounds completely outrageous. But … the U.S. government is borrowing about 8 trillion dollars a year, and you are about to see the hard numbers that prove this. When discussing the national debt, most people tend to only focus on the amount that it increases each 12 months. And as I wrote about recently, the U.S. national debt has increased by more than a trillion dollars in fiscal year 2014.

But that does not count the huge amounts of U.S. Treasury securities that the federal government must redeem each year. When these debt instruments hit their maturity date, the U.S. government must pay them off. This is done by borrowing more money to pay off the previous debts. In fiscal year 2013, redemptions of U.S. Treasury securities totaled $7,546,726,000,000 and new debt totaling $8,323,949,000,000 was issued. The final numbers for fiscal year 2014 are likely to be significantly higher than that.

Snyder suggests that the reason for so much borrowing is because US fedgov has been borrowing in shorter increments because the carrying costs are so much less. But this means that the money rolls over year-to-year and government must borrow again and again.

It is hard to say whether the difficulties that Western governments (and Asian ones like China and Japan) face are deliberate or not. We're well aware that governments in Europe were encouraged to borrow by various European banks, and in the US, a series of wars and expensive domestic programs under President George Bush destabilized the US economy.

In Europe, as we've long reported, top Eurocrats long ago made statements that European unity would only be enhanced by significant crises. It was surely anticipated that the rigidity of the euro would precipitate an ongoing crisis because individual central banks could not devalue separately, putting Southern Europe at a disadvantage relative to the North.

Leave aside the apparent manufacture of the current crisis and we face an important point: Whatever small momentum Western economies have accumulated is due in large part to central bank money printing and subsequent stock market activity.

Central bank super money flows to commercial bank distributor channels and thence mostly to large corporations. Top executives and company portfolio managers benefit the most from such funds – which often find their way into stock markets.

This is certainly what's going on today. But as the Telegraph article points out, high levels of debt are making this strategy increasingly dubious. If the larger economic scene cannot be ignited from the top down, then there are few weapons left for central banks to use.

Pump priming, the idea that government can generate increased economic activity via job generation, etc., might be more viable (conceptually, anyway, from a Keynesian standpoint) were such programs not inordinately expensive. But they are – and thus their pursuit will only add further to debt expansion.

We are left to conclude as we have before that this market will continue as long as it can and those behind it, especially the central banks, will spread it as widely as possible before everything crashes down.

For this reason, we've been suggesting the possibility that individuals seek some modest exposure to the market in areas where they see promise – so long as they are adequately hedged and diversified.

There may never come a market like this again, or not for a significant time period. It won't last forever.

What this Telegraph article surely reinforces is that at some point a spiraling decline is "cooked" into today's market and that when the current market unwinds, the world's larger economy will likely unwind with it.

This will provide a prime opportunity for globalist forces to agitate for yet further centralization of markets, banking and currencies – and we will be surprised if they do not take advantage of it.

Time will prove our suspicions right or wrong. Either way, we don't look forward to finding out.