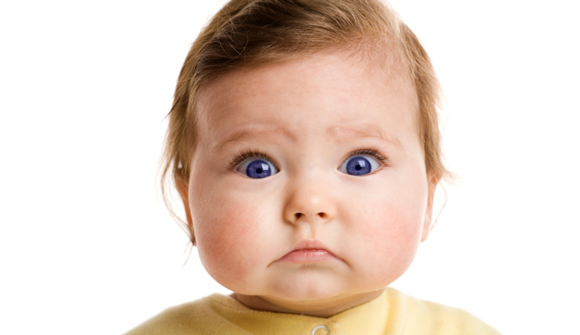 Paranoia Has Undermined United States Claim to Liberal Democracy … Agent Carrie Mathison is a topical figure. The main character in the American TV series "Homeland," played by the wonderful Claire Danes, shows her true relevance in the first few episodes, in which Mathison is nervously sitting at home, observing and listening in on the life of a terror suspect on a large screen. His apartment is bugged and Mathison is determined to find out as much as she can about him. She is hysterical, bipolar, paranoid and sick – all advantageous traits for her job. The real-life intelligence services of the United States take things much further than agent Carrie Mathison. They spy on just about anyone, even German Chancellor Angela Merkel, who, so far, has not been suspected of maintaining ties to Islamist terrorism, and yet whose cellphone was tapped. It is often assumed that intelligence agencies are worlds of their own, and that they sometimes act on their own authority. However, they are also an expression of the societies in which they exist, especially of their fears. In other words, it is quite possible that there are not just paranoid agents, but also paranoid democracies that act in hysterical ways out of fear. They are characterized by a strong freedom myth, which leads to paranoia. It, in turn, poses a threat to freedom. The United States is currently in a late phase of this cycle. – Der Spiegel

Free-Market Analysis: If you are an aficionado of dominant social themes the way some are fans of fine cigars, then Der Spiegel is the Cohiba Esplendido of Western mainstream media, ranking right up there with The Economist and the Washington Post.

This article is so full of dominant and sub-dominant social themes we hardly know where to begin. We haven't read such a dishonest article since the last time we read, well … Der Spiegel.

Always the idea is to disinform. In this case, the article attempts – pretends (?) – to explain that the sociopolitical paranoia overtaking the United States is a cultural manifestation.

The article then concludes that the combination of US military might and paranoia is a dangerous combination. As insights go, this ranks right up there with a pregnant pachyderm producing a mouse.

Der Spiegel's ink-stained wretches clearly aren't that incompetent. No, a much more likely hypothesis is that they have written it to establish that the current level of US "paranoia" in particular is a cultural manifestation that has run out of control because of "terrorism."

The terrorism that Der Spiegel blithely presents to us as a fait accompli is not what it appears to be, just as the current wars in the Middle East are not. We and others in the alternative media have established this via ongoing research resulting in numerous articles over the past years and even decades.

The world's top men – the ones that control the levers of internationalism including the BIS, World Bank, etc. – are clearly nervous and getting more so about citizens' increasing fury regarding the current system. And thus, the controlled mainstream press is to offer alternative explanations for the mounting anger.

Which leads to the wind-baggery in this article.

The greater the freedom, the greater the fear … The United States is a relatively young country that began as a society of settlers. They came to America to escape oppression at the hands of European monarchies, and they developed a strong desire for freedom in the process — a freedom they could find in the continent's vast expanses.

… The country was essentially declared a paradise, or, in the words of the national anthem, "the land of the free and the home of the brave." But the nation's genetic code has also retained the fear that many settlers had to endure, both on their treks and in wars

… The United States cannot be compared with Nazi Germany or with China. Unfortunately, however, a paranoid democracy tends to use tools that are beneath a democracy, the tools of a dictatorship, and they include as much surveillance as possible.

Information is the most valuable thing in a paranoid world. Those who feel threatened want to know as much as possible about potential threats, so as to be able to control their fears and prepare preventive attacks. Even in the days of covered wagons, alertness was an important protection against attack.

Before Sept. 11, the intelligence agencies were asleep at the wheel and overlooked many of the clues the attackers left behind during their preparations … Now the intelligence services have developed a giant information procurement machine, which is also useful in industrial espionage. To ensure that nothing escapes their notice, they violate the privacy of millions and millions of people and alienate allied nations and their politicians.

Another form of paranoid information procurement is torture, used by American intelligence agencies to gain information about terrorists. Torture is the negation of democracy, freedom and human rights. If a democratic country allows itself to sink to the level of torture, it must already be extremely hysterical and anxious.

Other nations also have their fears, but they lack the power to turn the world upside down. Power and paranoia are a dangerous mix.

Were intelligence agencies "asleep at the wheel"? We can safely say that whatever did happen on 9/11 and during terrorists attacks elsewhere in the following years has never been sufficiently explored and has not been provided the requisite transparency.

The events portrayed in this article may not be adequately understood, but they have little or nothing to do with exhausted intelligence agencies. That must be, we conclude, a kind of "cover story." Der Spiegel gaily recites it, but we don't have to grant it credence.

If being asleep at the wheel was NOT the proximate cause of the expanded and aggressive Surveillance State, then what was? The article ludicrously suggests an incipient paranoia that is held to be part of the psyche of US citizens, stemming from experiences with AmerIndians on the wagon trail heading West.

Please. A much tidier explanation for the implementation of George Orwell's visionary book 1984 is that powerful Western elites are expanding their system of internationalism and have concluded that its voluntary acceptance will not be forthcoming. They have decided to force the issue.

Yes, the West is indeed awash with paranoia. But here's a famous quote that remains applicable today …

"Just because you're paranoid doesn't mean they're not after you."