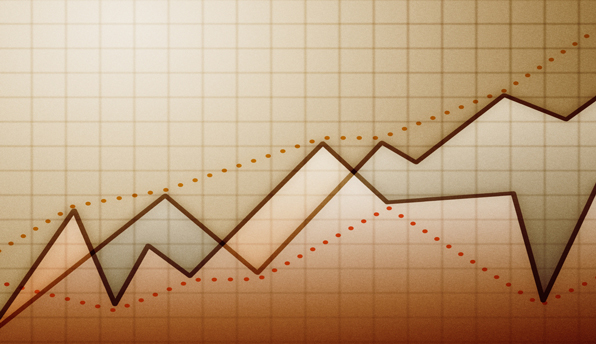 Dominant Social Theme: Credit rating services have important insights and ought to be taken seriously.

Free-Market Analysis: A few years ago, we began writing about how the big credit rating agencies had blown up. The agencies didn't foresee the credit meltdown of banks and financial firms in 2008. They had no idea that Lehman Brothers was bankrupt, that Merrill Lynch would have to be sold, that the Federal Reserve itself would supposedly have to write about US$16 trillion in short term loans to financial institutions around the world.

The ratings agencies, in other words, failed utterly. They were in the business of identifying risk but they did not at any point anticipate what they were being paid tens of millions to evaluate.

We've waited patiently for this ugly reality to put these firms out of their misery, given that the whole point of their existence is to evaluate risk.

And yet, somehow they continue. We're not even aware of any important white papers that explain what happened in 2008. Maybe a paper that describes holistically how the system failed? Apparently not.

And then this. Not a paper that seeks to explain why anyone should believe in rating agency evaluations after the big miss of 2008, but an analysis of "climate change," of all things.

Global warming "will put downward pressure on sovereign ratings during the remainder of this century," S&P analysts led by Moritz Kraemer in Frankfurt wrote. "The degree to which individual countries and societies are going to be affected by warming and changing weather patterns depends largely on actions undertaken by other, often far-away societies."

Temperatures have warmed by about 0.85 degree Celsius (1.53 degrees Fahrenheit) since 1880 and are likely to warm by another 0.3 to 4.8 degrees by 2100, according to the United Nations. UN scientists warned in March that the world is ill-equipped to deal with impacts of warming such as melting glaciers, rising sea levels and more prolonged droughts.

While extreme weather events such as tropical storms and floods appear to have been increasing in frequency since the 1980s, S&P said it has so far not revised any country's credit rating as a result. Unlike aging, there's insufficient reliable data to make accurate predictions, heightening the unpredictability caused by rising temperatures, the report said.

It's a good thing that the agency has not made any credit revisions based on this analysis since S&P itself admits there is "insufficient reliable data" for predictions.

And there are plenty of other sources that disagree altogether with the assessment. Here's one at random, just posted at The Explorer, the leading news source for Marana, Oro Valley and Northwest Tucson:

Climate change hoax continues … Just as the purpose of Obamacare was not to provide quality healthcare to more people (indeed, it achieved just the opposite), the strategy of climate change has nothing to do with the climate, hot or cold.

In October 2013, the United Nation's Intergovernmental Panel on Climate Change (IPCC) reported that it is "95 percent certain that humans are causing climate change." The CorbettReport.com analyzed the "95 percent" claim. The IPCC used a "likelihood scale" that assigns percentages to various phrases, ranging from "exceptionally unlikely" to "virtually certain."

It smacks of a "guesstimate" of sorts or worse. As Charles Krauthammer wrote, "If climate science is settled, why do its predictors keep changing?" When it comes to deciding that climate change is manmade, science goes out the window.

"According to the IPCC: "The approaches used in detection and attribution research cannot fully account for all certainties, and thus ultimately expert judgment is required to give a calibrated assessment of whether a specific cause is responsible for a given climate change.'"

As James Corbett concluded, "the '95 percent probability that is making all the headlines is nothing more than an arbitrary number decided on in closed door meetings between the report authors." In other words, it is questionable political opinion presented as scientific fact by neo-progressive religionists intent on one world government.

The question here is an obvious one: How can S&P present such dire conclusions when the science itself is fiercely debated?

Climate change proponents are fond of saying that the "debate is over" because an impressive number of scientists (many of them non weather-related professionals) have signed large lists stating that global warming is real. But science by consensus is no substitute for data-driven conclusions.

And the data in this case is apparently not conclusive. For every global warming "fact" there is an alternative observation or interpretation.

In any case, science by consensus is ludicrous. Many important scientific breakthroughs have been established in the face of considerable opposition from the mainstream scientific community.

By jumping into the climate debate with both feet (so to speak), ratings agencies will further damage the remnants of their credibility and the fundamentals of financial analysis. The agencies were entirely fooled by the 2008 meltdown and their credibility was much reduced. Now what is left is subject to further reduction!

As the 21st century rolls forward, the building blocks of modern finance continue to be compromised. There are serious problems perceived with central banks; the much-vaunted recovery in the West is continually reset, and now the big Western credit agencies are deliberately placing themselves in a questionable position.

The globalists behind the global warming meme are seemingly doing everything they can to buttress warmist conclusions that simply don't stand up. In doing so, they are eating the seed-corn of their own credibility, compromising the entire financial and industrial edifice that they themselves have constructed over the past 150 years.

That they are willing to do so is a measure not of the strength of their influence and control – but seemingly of their desperation.