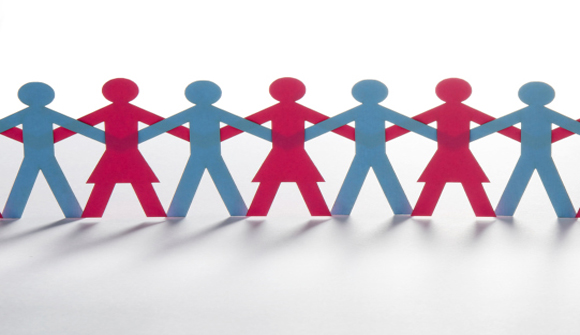 STAFF NEWS & ANALYSIS
Did Canada Sell Its Gold to Prepare for the North American Union?
By Daily Bell Staff - August 17, 2016

Loonie closes at highest level in more than a month; stock markets pull back  … The Canadian dollar continued to ride higher with oil prices Tuesday, as both the currency and a barrel of crude climbed in value for a fourth straight day.  The loonie added 0.38 of a cent to 77.80 cents U.S., closing at its highest level in more than a month amid a weakening U.S. dollar.

It’s never been clear why Canada sold ALL its gold, HERE, but perhaps it has to do with the potential, upcoming North American Union.

Just the other day, we wrote that Hillary’s plans are obviously to support the creation of the NAU. You can see the article HERE, entitled, “Hillary Plans Steps Toward North American Union If Elected.”

We’ve been writing about the resurgence of the NAU for years – and then more recently for months as regards this campaign. Gradually,  the alternative media is becoming more aware of how high the stakes really are. Some of our articles are HERE, HERE, HERE and HERE.

It is not too strong to say that the future of the United States as a sovereign entity may be decided by this election. The NAU is threnody – the deep dirge – harmonizing many of the arguments over “immigration.” One big explosion came when George Bush suggested turning immigrants, legal or not, into eventual citizens, HERE.

Bush, who further wrecked America in many ways, disingenuously claimed that his stance was motivated by his “compassionate conservatism.” But it was not. Bush secretly advanced the legislative agenda of the NAU through a series of hush-hush meetings with his counterparts in Mexico and Canada.

Obama has not perhaps been so overt as Bush, though recently, he did  see his counterparts in Canada in a meeting that was obviously intended to raise the concept of an NAU once more.

Meanwhile, the lack of gold-backing for the loonie, seems to create the circumstances that benefit the idea of an NAU as well. Its emphatic removal of gold (and recent sales of gold merely expanded a long-term trend) has surely increased its volatility and overall weakness, HERE.

Canada once had 1,000 tons of gold, but selling started in the 20th century and continued throughout the 2000s. It finished with a flourish in early 2016, when Canada had nothing left.

However, there is no reason why Canada couldn’t back the loonie with substantial gold if it wished to. Canada is a huge country with significant gold and silver resources. But instead, the loonie’s fate increasingly seems tied to oil, which doesn’t make much sense on a variety of levels.

The loonie lately has been around or below 78 cents US and only received reinforcement from a September crude contract that pushed a barrel of oil to US$46.58. The hope now is that Russia will help Saudi Arabia stabilize oil. However this doesn’t acknowledge that the US itself is trying to destabilize Saudi Arabia in order to debase the dollar further, HERE.

The Chinese yuan is scheduled to join the IMF’s SDR basket in October. Additionally, the World Bank is starting to issue yuan (RMB) bonds. The results, eventually, will hit the dollar hard.

The dollar has likely been targeted in order to strengthen potential global governance – just as the BRICs have risen up to challenge the West.

The world needs to be “evened out” to make globalism work, you see. And currencies need to be destabilized in order to create the justification to combine them. No doubt, the NAU’s backers are considering a single currency, much like the disastrous euro.

If Canadian, Mexican and US currencies are seen as weakened and even chaotic, especially due to a lack of even a residue of gold, creating some sort of mutual currency doubtless becomes easier to implement – even if it is simply a more comprehensive dollar.

Of course, the dollar is merely the “strongest” currently of a variety of weak currencies. Mexico’s peso, too, is not strong.

Not so long ago, Mexican officials actually admitted, HERE, that some 96 percent of Mexican gold resided mostly in London’s City (no surprise there) – where it no doubt has been lent out a thousand times.

Will Mexico ever see that gold again? For now, the peso, like the loonie, seems to lack gold backing.

Of course, as the Fed and the US government do not want any full-scale audit of Fort Knox, it is not clear what kind of gold-backing the dollar possesses. Probably less than more.

All-in-all, these gold-deprived currencies probably support the creation of what we call “directed history.” This elite approach manipulates events until they resolve themselves into a requisite, logical pattern.

For instance, Canada, Mexico and the US all have varying degrees of public – “universal” – health care. Though people will disagree, it seems obvious that Obamacare mess is intended to justify an even more fully public system.

On a variety of fronts, the sociopolitical and economic policies of the US, Canada and Mexico are being harmonized.

If Hillary gets into office, this extensive harmonization will allow swift action to realize a potential union. Probably numerous quasi-secret treaties and executive orders will help facilitate it.

One of Hillary’s main goals is to open up a new government agency that will support the citizenship of illegal aliens.

But that is probably only the first step.

News With Views posted a far more a comprehensive report on where her regime might head.

Conclusion: While many people are terribly concerned about a Hillary presidency, the true ramifications may be even deeper and longer lasting than regularly discussed. The fate of America itself may hang in the balance.