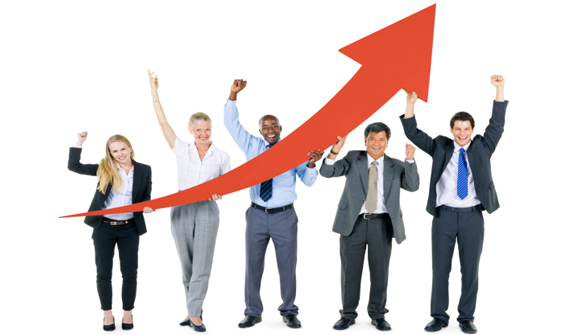 Why This Market Meltdown Isn't a Repeat of 2008 … The end isn't nigh … The U.S. economy and financial system are in a very different place. Notably, debt ratios within the U.S. aren't nearly as high outside the government. – Wall Street Journal

Free-Market Analysis: There's a difference between being optimistic and unrealistic. This article, above, seems a tad unrealistic. However, we have to consider the source. The Wall Street Journal is not apt to be overly negative about Wall Street or its main business of stock trading … not even if it is warranted.

This is one reason why the Journal often seems mildly surprised when market disasters occur. The meme that the Journal and other mainstream media ascribes to is that the financial system is basically healthy. When things go wrong there are reasons and these reasons can be rectified.

After things have gone wrong, the Journal is apt to compose and post articles suggesting the appropriate palliatives. Once they are applied in some form, the Journal and other influential publications tend to lapse into silence, reporting the financial news as it happens until another disastrous interlude occurs.

These occur regularly, as does the Journal's damage control.

The Dow Jones Industrial Average tumbled Friday, falling more than 500 points at one point, as steep declines in oil prices and a bear market in China heightened anxieties that have pushed global stocks lower this year.

But there are crucial differences between now and those dark days, at least for the U.S. While losses could continue, the U.S. appears, at the moment, to be in a better position to weather them. That could keep a market downturn from morphing into a full-blown financial crisis that then leads to an economic one.

… After 2008, many investors have come to fear that every episode in financial markets is another black swan. They should remember there are white ones, too.

One individual who believes that current economic conditions ARE leading toward a "full blown crisis" is Michael Pento, president and founder of Pento Portfolio Strategies. Pento recently wrote a column for CNBC entitled "A Recession Worse Than 2008 Is Coming."

In simplest terms, Pento understands, as most do, that recessions – as generated by the current global economy – occur on average about once every five years. Thus, the West, especially the US, is overdue.

A recession worse than 2008 is coming … The S&P 500 has begun 2016 with its worst performance ever. This has prompted Wall Street apologists to come out in full force and try to explain why the chaos in global currencies and equities will not be a repeat of 2008.

Nor do they want investors to believe this environment is commensurate with the dot-com bubble bursting. They claim the current turmoil in China is not even comparable to the 1997 Asian debt crisis.

Indeed, the unscrupulous individuals that dominate financial institutions and governments seldom predict a down-tick on Wall Street, so don't expect them to warn of the impending global recession and market mayhem. But a recession has occurred in the U.S. about every five years, on average, since the end of WWII; and it has been seven years since the last one – we are overdue.

Pento is focused in particular on the US economy, and in this article he cites a number of reasons why the US's situation is fragile. These include both domestic and overseas influences. He also believes, as we can see above, that the upcoming recession will not be an average "garden variety" one.

For Pento, China's unraveling is a big part of the reason why 2016 will be a difficult one and why the upcoming recession will, in his view, be more severe than usual.

The megalomaniac communist government has increased debt 28 times since the year 2000. Taking that total north of 300 percent of GDP in a very short period of time for the primary purpose of building a massive unproductive fixed asset bubble that adds little to GDP. Now that this debt bubble is unwinding, growth in China is going offline.

If China were a small problem, the country's difficulties would be relatively insignificant from a global perspective. But according to Pento, "China is not growing at the promulgated 7 percent, but rather isn't growing at all."

Even worse: "China accounts for 34 percent of global growth, and the nation's multiplier effect on emerging markets takes that number to over 50 percent."

Pento believes the US economy is dangerously overextended. Equity valuations and real estate are overpriced. Additionally, higher rates and the cessation of quantitative easing have removed the nation's monetary safety net.

He doesn't believe, contrary to the Journal's stated position, that banks are much healthier now than in 2008. His reasoning here is that regulators are overstating bank capitalization because bank assets are composed of Treasuries – and when the next recession hits hard, even Treasury prices will be subject to a good deal of additional stress.

Pento points out that interest rates remain low despite the Fed hike and thus the Fed goes into the next recession with very limited ability to reduce rates and add liquidity. This probably explains some of the talk about negative interest rates.

Another point Pento makes is that the US federal government has upped publicly traded debt by $8.5 trillion. As with interest rates, this number leaves the Fed with little room to do another such "ramp up" because of the danger of an interest rate spike. Between low rates and high public debt, the Fed faces the possibility of recession with little in the way of solutions.

Pento's grim conclusion: "Look for chaos in currency, bond and equity markets on an international scale throughout 2016. Indeed, it already has begun." For us, Pento wins the argument based on timing alone. The US is overdue for a recession and the modern economy is predictably cyclical.

There is another reason as well that we have often pointed out on these pages and that is that is that predictions of a recession may be unnecessary because the US never actually left recession. What Pento calls a recession is just a continuation of the 2008 slump that was cosmetically ameliorated by central bank money printing.

Within the context of this argument, the financial system in the US and indeed around the world never purged itself of subprime excesses. Large businesses still can't tell if their counterparties are solvent or not. In other words, the current recovery is an entirely monetary one, boosted literally by hundreds of trillions in central bank currency printing and disgorgement.

Predictably money has circulated and found its way into various kinds of asset classes causing troublesome bubbles. But the underlying economy for the most part has NOT improved because the market itself is not engaged by the Fed's top level stimulus.

No matter how you want to interpret economic events, what's going on these days calls for renewed diligence and preparedness. The affliction of bad times is not a hypothetical matter and neither are the solutions that investors and savers should be implementing.